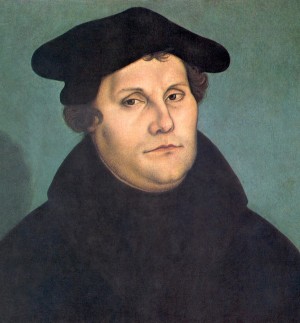 In the sixteenth century Dr. Martin Luther’s teaching on the office of Christian priesthood liberated the laity from the servitude to an elite spiritual class of tonsured priests who did the really spiritual works on their behalf.  However, having been freed by faith in Christ, how did Dr. Luther believe the laity should live?  In order to answer this question, we must understand the related biblical teaching of vocation.  According to Luther, the universal call is baptism and faith in Christ. [Lectures on Genesis, LW 3: 128, 131.]

Beginning in 1520, he explained that, Christians, as baptized priests, served their neighbors in love through various callings.  For example, in To the Christian Nobility of the German Nation, Luther argued that all Christians including “princes, lords, artisans, and farmers” were part of the spiritual estate by virtue of their baptism and faith.  However, the nature of their calling and office differentiated clergy from laity.  Ministers and bishops (i.e. pastors) hold an office of service to their fellow Christians.  As St Paul explained in I Corinthians 12, Christians make up a single body with various parts.  Therefore, a temporal ruler, cobbler, blacksmith, or peasant all possess an office by which they serve their neighbors in faith. [To the Christian Nobility, LW 44: 127-130.]

When Dr. Luther proclaimed the doctrine of vocation, he reversed the late medieval monastic ideal.  He often contrasted the lives of ordinary lay believers with cloistered monks and nuns.  Medieval monastic theologians lauded celibacy and ascetic practices as the way to heaven.  In purposeful opposition to this medieval emphasis, the Protestant Reformers praised marriage as God’s gift inherent in creation and rejected the celibacy of clergy. [Steven Ozment, Protestants: The Birth of A Revolution (New York, 1992), 151-68.]

For centuries, medieval theologians and monastic preachers identified the monastery, the religious life, or other new religious orders as representative of the true apostolic life.  They believed those who practiced the monastic life with a truly penitent heart ascended to the highest level of the Christian life on earth and did the most to pay the temporal penalties for actual sins.  Dr. Luther and his colleagues reversed this paradigm when they taught that sinners received the forgiveness of sins by grace through faith in Christ’s promises. [Oswald Bayer, “Nature and Institution: Luther’s Doctrine of the Three Orders,” Lutheran Quarterly 12 (1998): 131-132.]

In the place of the monastic institutions and priestly hierarchy of the Roman church, Luther asserted that the proper holy orders were the family, the office of the holy ministry, and civil government.  According to Luther, these three institutions had a divine mandate to function in the world.  One may add to these Christian love expressed commonly through acts of charity, forgiveness, and prayer for all people.  While Luther makes it plain that salvation comes through faith in Christ alone, sanctification takes places within the context of these three orders.  In other words, having been liberated from sin by faith, believers live out their callings through the family, the office of the ministry, or civic affairs. [Confession Concerning Christ’s Supper, LW 37:364-65. See also Bayer, “Three Orders, 127-133.]

The Lutheran Confessions contain references to the three holy orders.  In the exposition of the Fourth Commandment in the Large Catechism Dr. Luther refers to natural fathers, governmental leaders, and spiritual fathers. [Luther on 4th Commandment]  It is no coincidence that Luther wrote in this manner regarding the Fourth Commandment. The Christian family and parental authority were key components in the doctrine of vocation.  Similarly, in the Augsburg Confession, Philipp Melanchthon wrote that the Gospel did not undermine secular government and marriage but rather leads Christians to participate in all stations in life through love. [Civic Affairs in Augsburg Confession]

Dr. Luther purposely contrasted the call to ordinary living in faith to monks whose external works only appeared spiritual.  The world considers self-chosen religious activity as a true service to God.  However, Luther responded that anyone’s daily activity done in faith was a service to God that surpassed monastic holiness.  This argument first appeared in The Babylonian Captivity of the Church where he advised against joining a religious order or becoming a priest, unless someone understood that all tasks done in faith, were equal in God’s sight.  Luther concluded, “…the menial housework of a manservant or maidservant is often more acceptable to God than all the fastings and others works of a monk or priest because the monk or priest lacks faith.” [Babylonian Captivity, LW 36:78]