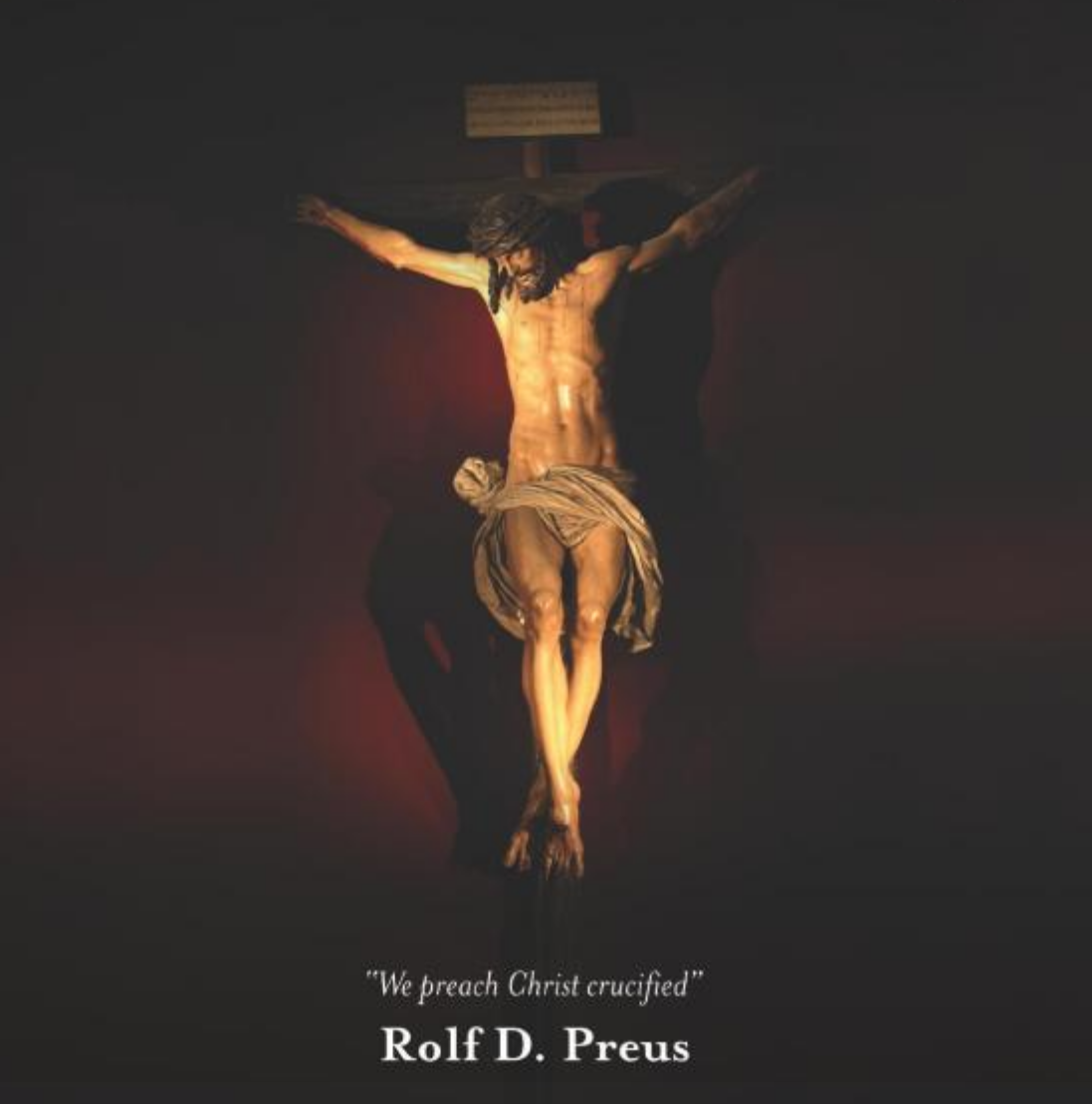 The Third Sunday in Lent

And He was casting out a demon, and it was mute. So it was, when the demon had gone out, that the mute spoke; and the multitudes marveled.  But some of them said, “He casts out demons by Beelzebub, the ruler of the demons.”  Others, testing Him, sought from Him a sign from heaven.  But He, knowing their thoughts, said to them: “Every kingdom divided against itself is brought to desolation, and a house divided against a house falls.  “If Satan also is divided against himself, how will his kingdom stand?  Because you say I cast out demons by Beelzebub.  And if I cast out demons by Beelzebub, by whom do your sons cast them out? Therefore they will be your judges.  But if I cast out demons with the finger of God, surely the kingdom of God has come upon you.  When a strong man, fully armed, guards his own palace, his goods are in peace. But when a stronger than he comes upon him and overcomes him, he takes from him all his armor in which he trusted, and divides his spoils.  He who is not with Me is against Me, and he who does not gather with Me scatters.  When an unclean spirit goes out of a man, he goes through dry places, seeking rest; and finding none, he says, `I will return to my house from which I came.’  And when he comes, he finds it swept and put in order.  Then he goes and takes with him seven other spirits more wicked than himself, and they enter and dwell there; and the last state of that man is worse than the first.”  And it happened, as He spoke these things, that a certain woman from the crowd raised her voice and said to Him, “Blessed is the womb that bore You, and the breasts which nursed You!”  But He said, “More than that, blessed are those who hear the word of God and keep it!” St. Luke 11:14-28

One of the devil’s oldest cons is to claim that God is on his side.  Once God and the devil are on the same side, God’s authority is replaced by the devil’s authority.  On the surface it is absurd to accuse Jesus of casting out demons by the devil’s power.  Jesus dismisses such a claim by appealing to simple logic.  If the devil were divided against himself his kingdom could not stand.  Nevertheless, to claim that Jesus and the devil are on the same side is not a bad strategy.  If the difference between God and the devil is blurred, you won’t know how to do battle against the devil.  If you are ignorant of the cosmic battle between Jesus Christ and the father of lies, you won’t take a side, and not taking a side is taking a side.  It’s siding with the devil.

The devil and his demons knew who Jesus was the moment he was born.  Who put it into the mind of Herod to have the baby Jesus murdered?  Who was the power behind the opposition Jesus faced from leaders in both church and state?  Who is the author of every false teaching?  Against whom is all false teaching directed?  The battle between Jesus and the devil is a cosmic battle.  It is worldwide and lasts as long as the world lasts.

The victory has been won.  Jesus won the final victory over the devil on the cross.  The demons went wild when Jesus was incarnate by the Holy Spirit of the Virgin Mary and was made man.  They were all over the place during Christ’s ministry, taking out their hatred of God on those he made in his own image, inflicting pain and misery on them.  Jesus drove out so many demons because there were so many demons to drive out.  It was the devil’s last defiance before his impending doom.  Calvary spelled his doom.  His head was crushed.  The deceiver cannot deceive those who take their refuge in Christ’s wounds.  The accuser cannot accuse those who have washed their robes and made them white in the blood of the Lamb.  Jesus broke the devil’s power to control sinners.  Leading sinners into sin is how the devil controls them and rules over them.  Forgiving sinners their sin by bearing it in his own body on the cross is how Jesus broke the devil’s power.  The gospel of the full and free forgiveness of sins for the sake of Christ’s suffering and death is the power to defeat the devil.

Jesus won the victory but the battle goes on.  We are living in the end times.  We are on the edge of eternity.  This has been so since Jesus died and rose again.  The victory has been won, but the battle goes on until Christ appears and visibly reveals his glory to the whole human race.  Until his victory is revealed visibly on the last day, we find our victory hidden in his suffering and death.  This victory cannot be seen, even as the Spirit of God by which Jesus drove out demons cannot be seen.  God’s kingdom has come to this earth, but it is not visible to the human eye.  The power of Christ’s kingdom is the power of the Holy Spirit, that is, the power of the word of God.

The power of the devil is the power of coercion.  The mute man didn’t volunteer to be made mute.  He didn’t ask the devil to bind his tongue.  The devil imposes.  He coerces.  His law does not convict your conscience.  Only God’s law can do that.  No, the devil’s law promises you justification!  All it does is to increase your sin.

When Jesus drives the devil out in Holy Baptism, the devil knows better than to fight where he will lose.  He cannot withstand your baptism.  It has nothing less than the almighty power of the Father, and of the Son, and of the Holy Spirit.  The devil runs away like a dog with his tail between his legs when confronted by Christ’s power, and the power of baptism is nothing less than the power of Christ who crushed the devil’s head on the cross.

So what does the devil do?  He whose armor was stripped from him, whose kingdom was laid to waste, who was destroyed by Christ both on Calvary and in your heart when God converted you, bides his time.  He waits.  He notices that while you are baptized, you don’t daily repent of your sins.  You’re not remaining in the word of God.  You neglect the gospel for making a bit more money.  You conform to the standards of success established by the world around you.  You want to get along with people more than you want to take a stand on what God’s word says.  You know that standing on what God’s word says will antagonize some friends.  Friends can do you good or harm, depending on what you do.  You know that confessing God’s word clearly and openly just may not be the wisest course of action.  And after all, isn’t all this talk about God and the devil just a bit melodramatic?  Seriously, it’s not as if the devil is a real person.  Isn’t he rather a metaphor for or the personification of evil?  Hey, you’re baptized.  Baptism saves.  You’re doing fine.  Lighten us and live a clean life.

So you live a clean life.  You obey the rules.  You get along with your neighbors.  You sweep your life clean of bad habits that cost money, opportunity, and success.  You go to church when convenient.  You even read the Bible now and then.  The devil is watching.  He sees the house of your soul swept clean.  He’s not omniscient like God is.  He’s not almighty like God is.  But he knows an opportunity when he sees one.  When he sees a Christian who really doesn’t care that he is, who despises the preaching of God’s word and neither hears it nor keeps it, he sees an empty house ready for him to invade.

And invade he does!  The state of the soul of the Christian who has fallen away is worse than it was before he became a Christian.  The Christian who neglects God’s word for love of something better or more valuable is the Christian who is opening the door for every evil spirit to invade and take over his life.  Apathy, studied ignorance of Christian doctrine, spiritual lethargy, and the go along to get along with the world attitude is just what the demons need to capture the soul of a Christian and take him right down to hell.

Jesus tells us to fight.  We are either with him or against him.  What does this mean?  It means we either confess God’s word or we deny it.  Demons are the source of false teaching, so we learn the truth and confess the truth.  We don’t leave confessing and contending for the faith to the preacher.  It’s the job of every Christian.  What does it mean to gather with Jesus instead of scattering against him?  It means living on every word that proceeds from the mouth of God.  We care more about what God’s word has to say to us than we do about being religiously respectable or popular with the religious in-crowd.

“Blessed are those who hear the word of God and keep it.”  Mary is blessed above all women, this is most certainly true.  But a greater blessing than giving birth to God is to carry his truth in our hearts and to confess it with our lips.

To hear and keep God’s word means two things.  It means to believe, hold onto in faith, guard and keep as our precious treasure.  It also means to obey.  Faith and obedience are not the same thing, but they go together.  True faith and true obedience cannot be separated.  We read in today’s Epistle Lesson:

For this you know, that no fornicator, unclean person, nor covetous man, who is an idolater, has any inheritance in the kingdom of Christ and God. Let no one deceive you with empty words, for because of these things the wrath of God comes upon the sons of disobedience.

What do you want: more money or a greater knowledge of God’s word?  What do you want: greater respectability or a deeper love of God’s promises?  Would you rather have a cluttered up life with God’s love flowing through you to others, or a neat and tidy life in which you are the center of your own world?  What do you want?  Daily dying and rising, and by your baptism drowning your sinful flesh in Christ’s blood, or a life of satisfying the desires of your flesh for more stuff, more power, more praise, and more glory?  What do you want?  A life of struggle lived under the shelter of the cross where all your sins were washed away, or a life of spiritual ease in which your conscience is at peace because it is dead?

Rise to arms!  With prayer employ you,

O Christian, lest the foe destroy you;

For Satan has designed your fall.

Against all foes be thus victorious,

For God protects you from them all.

Fear not the hordes of hell, here is Emmanuelle.

The strong foes yield to Christ our shield,

For more sermons like this, purchase a copy of “A Year of Law & Gospel Preaching” by Rev. Rolf Preus at Amazon.