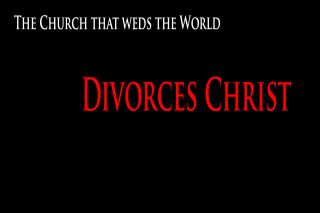 Concordia University Wisconsin (and now Ann Arbor) has a Diversity Resource Guide, where students and faculty are encouraged to learn about diversity, as though we aren’t constantly beaten over the head with that kind of thing from infancy through 12th Grade. You can find that page here.

I don’t intend to critique much of the content. It’s almost exactly the same thing you would find in the “Diversity Resource Guides” of global corporations, government agencies, and state universities. I’m sure the content was carefully curated by a well-qualified person who graduated from a well-respected “_________ Studies” program somewhere. To their credit, CUW&AA doesn’t include resources in favor or homosexual or transexual behavior, which means that the whole guide is basically about race, with a couple of resources about men and women. I suppose that if I tried to critique the content of the guide anyway, I would be accused of “white fragility”.

I don’t even intend to critique the naked assertion that CUW&AA is a “community,” although that is a profound abuse of that otherwise meaningful word. (Before you try to flame me in the comments: It’s a school. It’s not a community; it’s a school. We used to use names for things that distinguished them from other things, and literally everything else on the planet right now is also a community. Concordia is a school, and that doesn’t take anything away from them in the least.)

But I would like to point out some things about this guide that should give us in the LCMS pause. The Bible has some rather counter-cultural things to say about race. St. Paul, for example, tells us that “There is neither Jew nor Greek, there is neither slave nor free, there is no male and female, for you are all one in Christ Jesus” (Galatians 3:28). That’s pretty counter-cultural, to put all mankind on an even level like that. When it comes to salvation, God gathers for Himself a Church from all peoples, so that in Revelation St. John sees a great multitude that no one could number, from every nation, from all tribes and peoples and languages, standing before the throne and before the Lamb, clothed in white robes (Revelation 7:9). But how many of these resources in the Diversity Resource Guide address issues of race from a biblical perspective? None, as far as I can tell.

This is an institution of the Lutheran Church — Missouri Synod, and the school benefits from being associated with that name and institution. In everything they do, our synod’s universities ought to retain a churchly character. Jesus tells us to have salt within ourselves; where is the salt here?

The issue is, first, that this looks and reads no different than the way the world speaks about these issues. It’s the same movies, the same podcasts, the same books that the New York Times or Big State University would have you read. They couldn’t even be bothered to throw in a link to Hillbilly Elegy to maintain the pretense of balance. “Friendship with the world is enmity with God,” St. James teaches us under inspiration of the Holy Spirit. This is, or ought to be, a churchly institution. Why not point students and faculty to books and other resources that address these issues from a biblical perspective?

And how about podcasts on how Muslims feel mistreated? Hell is real, and it awaits all who are not in Christ at the Day of Judgment. Instead of warning those who worship false gods (and sorry, early-2000s LCMS libs, Muslims don’t worship the Man who died on the cross and rose on the third day, so they don’t have the same God we do) about eternal death, we’re supposed to be worried about how people stare at headdresses? I could not begin to calculate the cognitive dissonance required to ingest this material and then be asked to study the Book of Joshua for some class.

Another consideration: How is this guide being used, and how is CUW&AA speaking to students and faculty about issues of what they call “diversity”? Are people on campus allowed to express opinions contrary to those of Malcolm Gladwell or NPR? It’s telling that the person who was uncomfortable with this guide felt that he or she should not speak openly against it, but instead asked us at BJS to raise the issue. Is that how our church body should be operating institutions of higher learning?

Editor’s Note – This is a concerning issue as Concordia, Portland is still acting in defiance of the Word of God and other Concordias are struggling to faithfully respond to the culture and the rising cost of faithfulness.