This is a bit late, with the deadline fast approaching to send overtures to Synod.  But 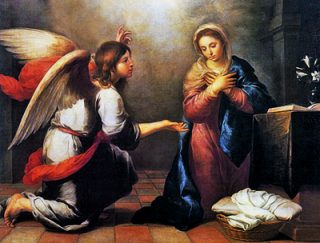 in light of the recent events in our country by lawmakers and judges, wicked antichrists sanctifying the evil act of abortion, and even a pastor on our own clergy roster defending the legalization of abortion in a recent Day Star Journal piece, I was compelled to write up this Resolution.  I hope to get it sent by my congregations soon.  I am posting it here for anyone else who would like to send it to synod through their congregation or circuit.  If you want to improve upon it, then that is up to you.

To Condemn the Pro-Choice Ideology as Heresy

WHEREAS, the Scriptures teach that man, both male and female, is made in God’s image (Gen 1:27), and

WHEREAS, the fifth commandment condemns murder, and God says that murder is condemned because God created man in his own image (Gen 9:6), and

WHEREAS, children are not something we choose for ourselves, but more correctly a heritage from the Lord, which God freely gives and takes away in his own grace and wisdom (Ps 127; Gen 30:2; Job 1:21), and

WHEREAS, The eternal Word became flesh in the womb of the Virgin (Luke 1:31-32), and

WHEREAS, the joy of Christ’s birth is also for the child inside his mother’s womb (Acts 2:39), as attested by the account of John leaping in Elizabeth’s womb (Luke 1:41, 44), and

WHEREAS, the eternal Word becoming flesh in the womb of the Virgin is essential to how sinful man is saved (Gal 4:4-5; 1 Tim 2:5), since, as Gregory of Nazianzus put it, “For that which He has not assumed He has not healed; but that which is united to His Godhead is also saved (Critique of Apollinarianism, par. 5);” and

WHEREAS, Jesus died also for unborn babies who are made in God’s image (1 John 2:2), and

WHEREAS, saying that the value of an unborn baby’s life is dependent upon the choice of the mother, rather than on the will of God who created and redeemed the child, is a heresy, which attacks the very heart of the Gospel (Rom 9:16), therefore be it

RESOLVED, that the Lutheran Church Missouri Synod (LCMS) in convention declare the pro-choice and abortion-rights ideology to be a heresy, which no Christian in good conscience can hold, and be it further

RESOLVED, that the LCMS in convention condemn all so called Christian ministers who sanctify abortion in their teaching and other rituals as heretics preaching a false gospel, calling on them to repent lest they face God’s fierce judgment, as Paul directs us to do to those teaching a different gospel (Gal 1:8-9), and be it further

RESOLVED, that we see the atrocity of abortion in our country as a sign of God’s coming judgment and therefore a time for us to repent of our own sin, as Isaiah says in the presence of the Lord, “I am a man of unclean lips who comes from a people of unclean lips, (Isai 6:5)” and be it further

RESOLVED, that we continue to pray fervently for all who are affected by abortion, both for the victims to be spared and for those who have committed this evil to repent and find the great comfort of the forgiveness of sins through Jesus’ blood and merit (1 Tim 2:1-4), and be it finally

RESOLVED, that we affirm that God is the one who kills and makes alive, who gives and takes away, so that we might receive all good gifts, especially children, with fear, love, trust, and thanksgiving (1 Sam 2:6).