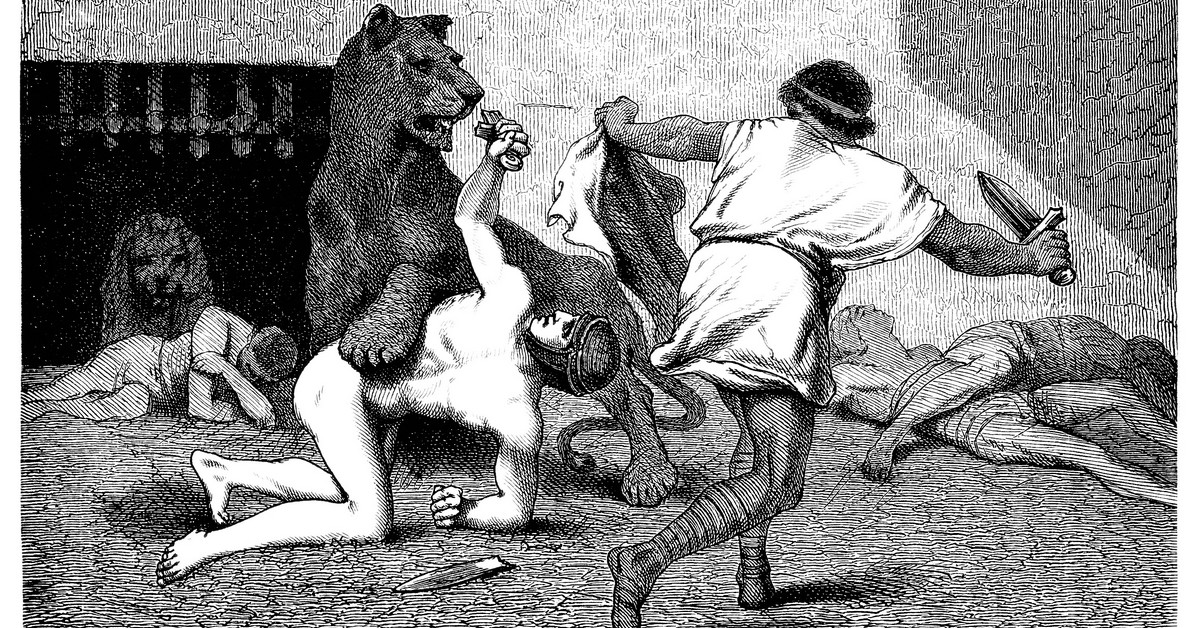 For early saints, the Real Presence of Christ in Communion was to die for. They did die for it. They could have escaped easily. All they would have had to do was make a confession like Zwingli’s instead of like Luther’s.

Real Presence means that “whenever the church militant legitimately celebrates her Lord’s Supper, the exalted God-man Jesus Christ performs a miracle in earthly time and space by giving His body to be eaten and His blood to be drunk under blessed bread and wine.”[1]

In the Small Catechism, Luther teaches why Jesus gives us his body and blood this way.

What is the benefit of this eating and drinking?

How can bodily eating and drinking do such great things?

In the Sacrament of the Altar, Jesus gives us the same blood that he sacrificed for us to God. As David P. Scaer says,

The Lord’s Supper brings its recipients face-to-face with Christ’s death as the atonement so that sins can be forgiven. Christ’s blood given in the Lord’s Supper is first offered to God as the atonement: “This is my blood of the covenant, which is poured out for many for the forgiveness of sins.” (Matt. 26:28). Christ’s blood is sacrificially shed or poured out from his body as an atonement to satisfy God’s charge against sinners. With the demands of the old covenant satisfied, God establishes a new covenant in which forgiveness is offered for the sins of those who participate in the Supper. It is the new covenant or testament (Luke 22:20; 1 Cor. 11:25).

With his body and blood Christ is present in the church as the sacrifice to God for sin. What Christ sacrificed to God he gives as sacrament to his people. Sacrifice and sacrament are two sides of one reality.[2]

Here is our assurance, that Jesus would not give us his atoning blood to drink without also giving with it what He shed it for, the forgiveness of sins.

Though many today say that Real Presence is a late medieval invention that Luther failed to throw off, tell that to the church fathers and early martyrs! As Dr. Luther observes,

The amazing thing, meanwhile, is that of all the fathers, as many as you can name, not one has ever spoken about the sacrament as these fanatics do. None of them uses such an expression as, “It is simply bread and wine,” or, “Christ’s body and blood are not present.” Yet since this subject is so frequently discussed by them, it is impossible that they should not at some time have let slip such an expression as, “It is simply bread,” or, “Not that the body of Christ is physically present,” or the like, since they are greatly concerned not to mislead the people; actually, they simply proceed to speak as if no one doubted that Christ’s body and blood are present. Certainly among so many fathers and so many writings a negative argument should have turned up at least once, as happens in other articles; but actually they all stand uniformly and consistently on the afﬁrmative side.[3]

The way early Christians talked about the Sacrament of the Altar was used to accuse them of ritual murder and cannibalism. “Their authorized spokesmen neglected to refute this fateful charge [which they could have done] by publicly stating a Zwinglian doctrine of the Supper.”[4] 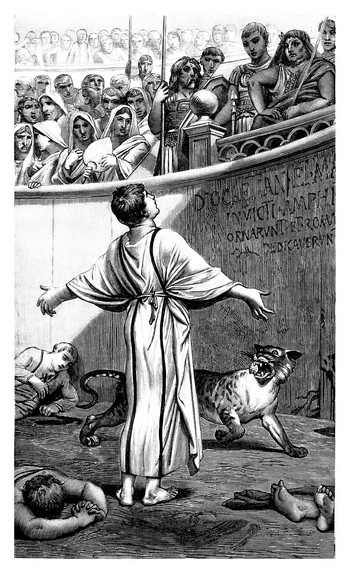 By their mouths denying Real Presence, they could have delivered themselves from the mouths of beasts. Instead, having been charged, they go condemned to places like the Circus Maximus confessing that the bread and wine in the Sacrament of the Altar are, by the Word of Christ, the true body and blood of Christ, given and shed for the remission of sin. For them, this treasure was to die for. For them, to deny the body and blood of Christ in the Lord’s Supper was to deny Christ himself, because He himself was bodily present in the Sacrament.

For example, in about 115 A.D., Ignatius of Antioch went to the amphitheater to be killed by wild beasts rebuking those who refuse to admit that the Eucharist is the flesh of our Savior Jesus Christ.

Justin Martyr, who was martyred with his students in about 165 A.D., wrote:

And this food is called among us Εὐχαριστία [the Eucharist] … For not as common bread and common drink do we receive these; but in like manner as Jesus Christ our Saviour, having been made flesh by the Word of God, had both flesh and blood for our salvation, so likewise have we been taught that the food which is blessed by the prayer of His word, and from which our blood and flesh by transmutation are nourished, is the flesh and blood of that Jesus who was made flesh.[5]

Under torture, Biblis, a female martyr of Lyons in about 177 A.D., denied cannibalism in the Eucharist, but would not deny Real Presence. 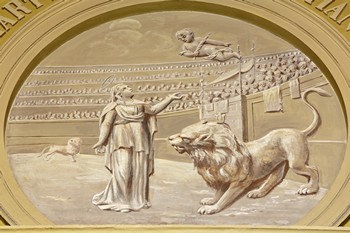 Iranaeus, who lived between about 140 to 202 A.D., confessed the same as Ignatius and Justin, even though he knew pagans would misinterpret his teaching.

From Luther’s review of the church fathers and from these examples, we see that the late medieval period did not invent the Real Presence. Early Christians already had confessed it from the plain words of Christ.

We see also that the reaction of the Reformed, Zwinglians, and Anabaptists to Luther was practically the same as the reaction of pagans to Ignatius, Justin, Biblis, and others, minus only feeding Lutherans to wild beasts. They did, however, remove Lutheran pastors from their calls, stripped them of their incomes, and by the power of the state forbade them from preaching the truth against Reformed error. Francis Pieper makes the comparison.

The Reformed church bodies exclude Christ’s body and blood from the Lord’s Supper entirely and convert the Lord’s Supper into a solemn observance in which they distribute bread and wine as symbols of the absent body and blood of Christ. They declare the oral eating of Christ’s body and blood in the Sacrament of the Altar to be utterly impossible, and some of their foremost teachers – after the example of the early pagans – go so far as to call Christ’s Supper, in which we orally receive His body, given for us, and His blood, shed for us, cannibalism, a Cyclopean meal, a Thyestean banquet, and a satanic lie.[6]

[T]hey apply to us Lutherans the titles “carnivorous beasts,” “blood guzzlers,” and “cannibals,” and call the Supper instituted by Christ which is given and shed for us, a “Cyclopean meal and a “Thyestean banquet.”[7] [The legendary Cyclopes were pictured as cannibals, and Thyestes ate the flesh of his own son, served to him by his brother Aetreus.]

Zwingli himself said, “I am accustomed to call my antagonists cannibals.”[8] Luther attests,

I can well remember, and it is also recorded in their books, how altogether scandalously they blasphemed us along with our dear Lord and Savior; they called him a baked God, a God made of bread, a God made of wine, a roasted God, etc. They called us cannibals, blood-drinkers, man-eaters, Capernaites, Thyesteans, etc.[9]

As slanderous as the charge of cannibalism is, at least Zwingli and the Reformed understand that Luther is talking about the true body and blood of Christ. They understand that “real” in Real Presence means bodily or corporeal, not just something opposite of imaginary.

All these things show that Real Presence always has been the orthodox Christian faith straight from the upper room on Maundy Thursday to our day, and this belief is so vital, so living, that it is to die for.

[7] Ibid, p. 327. Note 51 explains that the legendary Cyclopes were pictured as cannibals and Thyestes ate the flesh of his own son, served to him by his brother Aetreus, citing Homer, Virgil, and Cicero.