Great Stuff found over on patheos.com: 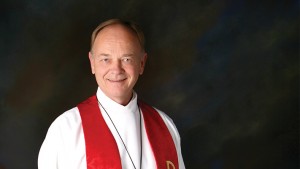 Not only did the writer/producer of the new Luther movie, Mark Trinklein, weigh in to explain why there are two versions. So did the president of the Wisconsin Evangelical Lutheran Synod, Rev. Mark Schroeder.

He explains that it had nothing to do with fellowship issues or theological concerns about the other version.

I appreciate both gentlemen for participating in this blog (patheos.com) and for setting the record straight.

Sorry that we here at this blog and on FaceBook jumped to some conclusions. Please share these explanations in your circles.

From WELS President Mark Schroeder,The other version of the new Luther movie:

I am glad that Mike Trinklein will be giving a full answer. As the writer/producer, he is in the best position to do that. In the meantime, I would like to correct a few faulty observations or speculations in the post.

The purpose of the second version had nothing to do with any faults or concerns with the version planned for PBS regarding fellowship issues, ecumenical concerns, or any concern about Luther being the reformer of all Christendom or his wider influence on culture. (WELS has never stated the concerns that were expressed by the ELS pastor you quoted.) Rather, all involved in the project simply felt that a version for a broader audience may not be able to emphasize the theology of Luther as much as we would want. A second version, designed for use by confessional Lutherans (not just WELS) was produced to do just that. In fact, many LCMS congregations are using the “Return to Grace” version, and I would encourage them to do that.

We are very grateful to Mike Trinklein and Steve Boettcher for their efforts in producing a film that not only highlights Luther’s contributions to church and secular history, but especially that beautifully and accurately depicts the heart of his theology and the blessings that God brought to the church (and the world) through his work.