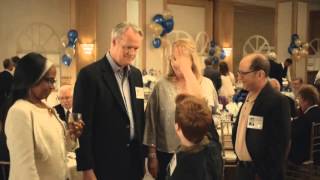 Maybe you’ve seen the GEICO commercial of Peter Pan going to a class reunion. Peter Pan is portrayed as a twelve-year-old boy who has never grown up. His classmates, though, have aged naturally, and now they’re all in their upper sixties. As a twelve-year-old boy, Peter is still young and immature and kind of smart-alecky. He tricks one man into going for a high-five, but then Peter pokes him in the stomach. And to a woman who presumably is about 67 or 68, he says, “You don’t look a day over seventy, am I right?” Well, you just want to slap that kid around a bit, don’t you? A twelve-year old boy, young and immature and kind of smart-alecky. 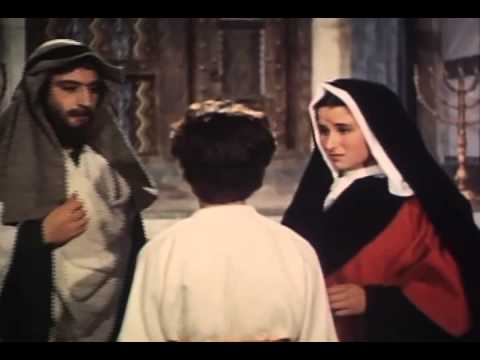 I’m reminded of that commercial when I read the story of Jesus as a twelve-year-old boy. He too could come across as young and immature and kind of smart-alecky. He doesn’t bother to tell Joseph and Mary that he’s staying behind in Jerusalem, and when his parents discover that he’s missing, they search frantically for him. Not finding him in the group, they have to go back to Jerusalem and look for him there. Eventually they do find Jesus, he’s in the temple, and Mary says, “Son, why have you treated us so? Behold, your father and I have been searching for you in great distress.” And what does Jesus say? “Gee, Mom, I’m sorry! I should have told you and Dad what I was doing.” Does he say that? No. Instead, it’s “Why were you looking for me? Did you not know that I must be in my Father’s house?” Disrespectful kid! Typical twelve-old-boy, young and immature and kind of smart-alecky.

Is that what’s going on here? No, of course not. This is Jesus we’re talking about, not Peter Pan in a commercial. And Jesus, contrary to being disrespectful to his parents, was, as our text says, “submissive to them.” And far from being immature, Jesus was “filled with wisdom.” A wisdom far beyond his years. A wisdom which, in fact, he was using and putting on display, there in the temple. That’s why Jesus stayed behind in Jerusalem. He had work to do there, there in the temple. He had a higher priority to attend to. A higher allegiance that even outranked his devotion to Joseph and Mary. Jesus had higher things to be about, namely, as he says, “The Things of My Father.”

Well, now you say: Where in the text does Jesus say anything about “the things of my Father”? There is the verse where it says, “Did you not know that I must be in my Father’s house?” But I don’t see “things,” “my Father’s things.” And by this, of course, Jesus means his heavenly Father. His earthly father, Joseph–and remember, Joseph was not his physical father, since Jesus was conceived by the Holy Spirit and born of the virgin Mary–nevertheless, Joseph was his adoptive father, and Jesus respected him as such and was submissive to him. But Jesus had a higher loyalty, a higher duty. Jesus is the very Son of God, come in the flesh, and he had come on a mission. Jesus came to do the will of his Father who sent him.

And sometimes that might mean doing something that outranks the will of Joseph and Mary. On another occasion, later on, Jesus was in a house where people were hearing him teach the word of God, and his mother and his brothers came to get him. Somebody told him, “Your mother and your brothers are outside looking for you.” And Jesus said, “Here are my mother and my brothers! Those who do the will of my Father in heaven.” Jesus was busy being about the things of his Father, and that outranked what his human family wanted for him. 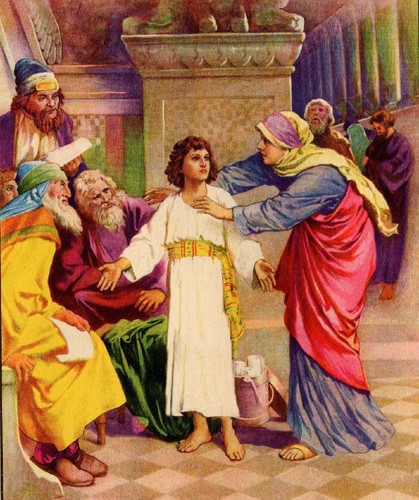 So Jesus had a higher calling. And Joseph and Mary need to realize that. And so this occasion, staying behind in the temple, is a powerful way to remind them of that. And it did make that impact on them. As our text says, “And his mother treasured up all these things in her heart.”

Mary would remember the higher calling, the unique calling, Jesus had on his life. Mary, did you know? Yes, Mary knew that, even from the time the angel Gabriel announced to her that she would give birth to the Savior. Mary would need to know that. As Simeon prophesied when Jesus was just forty days old, Simeon told Mary that her child would be a sign spoken against in Israel, and that a sword would pierce her own soul. Mary treasured up all of these things in her heart, she pondered them, the uniqueness of her child and his destiny. And that all came into sharp focus when Mary saw her son nailed to a cross and hanging there to die.

To accomplish your salvation, my friends! You need this Jesus, who is solely dedicated to doing the will of his Father! This is God’s good and gracious will, to save you from your sins and to save you for eternity. God’s law, which young Jesus was properly explaining there in the temple–God’s law exposes your sins, exposes you as a sinner, that you haven’t done all that you should have done. You have not loved God with your whole heart. You have not loved your neighbor as yourself. You cannot justify yourself in the mirror of God’s law.

So you need a different kind of righteousness. And that is what Jesus has come to give you. A righteousness that does pass the test of God’s holy law. That’s because it’s Christ’s own righteousness. He has kept God’s law from start to finish. Even when he stayed behind there in Jerusalem, Jesus was doing God’s will. And when he went to the cross, then too he was doing the will of his Father, to make you righteous in God’s sight, so that you can live forever.

It took Jesus himself going to the cross to suffer and die there in your place. Which he did. His holy blood–that of the very Son of God–atones for all your sins. You are forgiven, a clean slate, sins washed away and forgiven.

And Christ then rose from the dead, conquering death and the grave on your behalf. Trust in him, and you will be saved. There is no other way. He, Jesus, is the way and the truth and the life. No one comes to the Father except through him. Through Christ, you now have a heavenly Father who cares for you in all your distress. You have a Father who hears your prayers and will help you along the way, strong in the faith, through all difficulties you will face in this life. You have a Father who will welcome you home when Christ comes again to raise the dead and restore creation and receive us into his heavenly kingdom. These are the things of his Father that Jesus came to do. This is his Father’s business. God is in the saving-sinners business, and so Jesus will do that for you. And this is where you can find him. This is where Jesus carries on his saving business, here in God’s house. This is where the things of God are going on. Here Christ is absolving you from your guilt, declaring you free and forgiven. Here is where Christ is preaching and teaching God’s word to you, helping you grow as his disciple, in your understanding of the truth, as you hear the divine wisdom that emanates from his mouth. Here is where Jesus gives you his very body and blood, given and shed for you for the forgiveness of sins, strengthening you through the same, in faith toward God and in fervent love toward one another. Yes, this is God’s house. And Jesus is here, doing his thing, that is, the things of his Father. Jesus is here, in God’s house, about his Father’s business, and we’re open for business all year long.

If you’re Peter Pan, you stay young forever. It’s what you do. If you’re Jesus Christ, you do the things of your Father. It’s what he does. He was doing it at twelve years old in the temple. He was doing it when he died and rose for your salvation. And he’s doing it now, in 2016, here in God’s house. So if you’re a Christian, you find him here. If you’re a Christian, you trust in him, you hear his voice, and you live forever. It’s what you do, because the things of his Father–that’s what Jesus does.