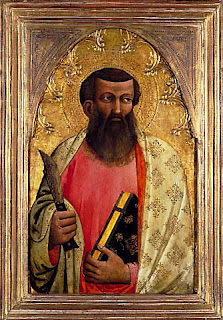 24 Now there was also a dispute among them, as to which of them should be considered the greatest. 25 And He said to them, “The kings of the Gentiles exercise lordship over them, and those who exercise authority over them are called ‘benefactors.’ 26 But not so among you; on the contrary, he who is greatest among you, let him be as the younger, and he who governs as he who serves. 27 For who is greater, he who sits at the table, or he who serves? Is it not he who sits at the table? Yet I am among you as the One who serves.

28 “But you are those who have continued with Me in My trials. 29 And I bestow upon you a kingdom, just as My Father bestowed one upon Me, 30 that you may eat and drink at My table in My kingdom, and sit on thrones judging the twelve tribes of Israel.”

24 If And there was also a strife among them, which of them should be accounted the greatest.

There arose a strife among them, etc. The same kind of strife had also arisen among the apostles before, (as in Matt.18:1. and 20: 20 f.); but here, when the hour had come, that the Lord Christ was about to go to his sufferings and was to be taken by the Jews, the strife arose again. And it looks almost as if this strife gave occasion for Christ to wash the disciples’ feet, of which John speaks in the thirteenth chapter of his Gospel. For just as the Lord says in John 13:13 f. and 16, so also he says here in verse 26 f . There was a fearful storm in the sky; namely, the great offense, that Christ their Lord and Master, should on the next day die the shameful death of the cross. But here they are secure, see not the offense, and in the meantime begin the strife, in which no one would yield to the other, and one always wanted to be better than the other. Therefore the Lord gave them an earnest lecture, and told them that such things can not be allowed in his kingdom.

25 And he said unto them, The kings of the Gentiles exercise lordship over them; and they that exercise authority upon them are called benefactors.

Kings exercise lordship, etc. Here the Lord openly acknowledges that worldly rule and government is or dained by God.

He says “benefactors” to indicate what their office is, for what purpose they should exercise it; namely, that they should not be tyrants, nor use their power and authority to oppress others; but that they should show mercy and helpfulness.

26 But ye shall not be so: but he that is greatest among you, let him be as the younger; and he that is chief, as he that doth serve.

The greatest should be as the least. This means, that the church office, or church government, should be such a government, where we have only the word, and also govern by the word, and seek no power or authority over others. But why is this? For this reason, that God will uphold and govern his church only by his word, and not by human power. Those who are officers in the church and have the office of the ministry, have the word only for this purpose, that they shall serve others therewith, and not that thereby they should make lords of themselves. Therefore it makes no difference, whether a church officer is a small or a large man, whether he is young or old, provided he has and uses the word aright.

But now some one might ask: What kind of government can that be, and how can it exist, where there is no head, and those who are in office are all equal, and no one is to have more power and authority than another? But here we have an express command of our dear Lord Christ, who wills that his kingdom, which is a spiritual kingdom, shall be administered differently from a worldly kingdom. And yet in this church government there is also an order and a difference, which is called “a diversity of gifts;” but not a diversity of powers, as Paul says, (Eph. 4:11): “And he gave some apostles, and some prophets, and some evangelists, and some pastors and teachers.” These are different offices, and therefore the gifts must also differ. Thus the pious bishops, such as Timothy, Titus and others, kept St. Paul in view, and governed their conduct according to his example; not as though Paul had more authority and could compel them, but because the church honored, heard and accepted those persons in whom she saw the words and the gifts of God ; not on account of these persons, but on account of the word.

28 Ye are they which have continued with me in my temptations.
29 And I appoint unto you a kingdom, as my Father hath appointed unto me;
30 That ye may eat and drink at my table in my kingdom, and sit on thrones judging the twelve tribes of Israel.

I appoint unto you a kingdom. Here some one might ask, If the office of the ministry brings nothing more than trouble and toil and all kinds of misfortune, one should much rather give it up and do something else. But the Lord says: It was done to me also. Here ye must serve tables, there ye shall sit at the table; and what is more, ye shall sit with me at my table.
Luther’s Explanatory Notes on the Gospels, pp. 262-263.