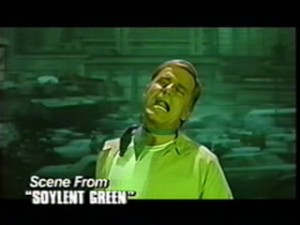 In the course of discussing the ethics of abortion, there’s a question I’ve found to be helpful in framing the Christian viewpoint, and it’s simply this: What is a baby? Of course, we all know a baby is a young human being, but there seem to be, broadly speaking, two ways to answer this question:

1. A baby is a breather of air, drinker of water, producer of waste, consumer of energy, and competitor for resources, one more on a planet of billions of other breathers, drinkers, producers, consumers, and competitors.

2. A baby is a unique creation, a fully-human being, with intrinsic value that cannot be measured or weighed, a possessor of numerous rights which are afforded him by mere virtue of his humanity, the highest order of creation and steward of it, and a member of the race into which the Son of God Himself was born and which He redeemed by His death and resurrection.

How one answers the question “What is a baby?” will direct his moral thought on issues such as abortion and infanticide, but will even shape his view of birth control, the family, population control, and a host of other ethical questions, even those such as euthanasia and palliative care at the end of life. We Christians should be addressing these questions from the latter of these two viewpoints.

The first viewpoint is well characterized by much of the bad science fiction of the 1970s, but also from related concepts such as Zero Population Growth. How we see each new baby will influence our positions on the ethical implications of that life.

If one sees a baby as just another mouth for this overcrowded earth to feed, he’s obviously going to be less likely to defend the baby’s life against policies which might threaten it. When, for example, we Christians speak of abortion as a form of murder — and we should — we might also do well to speak consistently about exactly what sort of human being is being murdered. The baby still within his mother’s womb is a distinct and unique human being, endowed with certain rights to his own life, beloved by God, etc.

On the other hand, the world will often see life issues according to the first viewpoint. It’s difficult to argue against abortion when the world sees even the baby who has been born as just another parasite on Mother Earth. In my experience, the first work to do when discussing these sorts of issues is to put forth the intrinsic value of each human life before delving into some of the more complex questions.