Autumn months bring stewardship drives, and pastors encourage their flocks to “step up” their giving in the offering. Pastors may even ask their people to consider “tithing”–giving 10% of their income–off the top. After all, the Church does need money to carry out its work of proclaiming the Gospel of Jesus Christ.

What if the congregation itself were to practice tithing in its own budget? What would happen if the congregation as a whole were to lead by example and plan to give away 10% of its regular income (Yes, the offerings!), in its annual budget, to missions, charities, and other organizations outside of its own walls?

Blessings would abound. Christian individuals and families would see that, yes, tithing can be practiced. (After all, it’s more than an archaic, Biblical, ‘twould-be-nice-if-only-we-could wish-dream.) The congregation “as a person” would grow in the fruits of serving others. And the work of the Church at large would grow in witness, mercy, and life together.

A Brief Primer on Tithing

For some tithing may be a new concept; for others it may be a point of debate. For our purpose, let’s take the Biblical witness on tithing as a simple, salutary example that we may adopt in sanctified Christian freedom.

Talk of tithing, as well as money in general, must begin with Psalm 24:1: “The earth is the LORD’s and the fullness thereof, the world and all who dwell therein.” God doesn’t need “our” money; it already belongs to Him. We don’t own squat! God simply calls us, as individuals and as congregations, to be wise managers of His belongings.

Tithing first appears in Scripture by way of example in Genesis 14:17-20. Melchizedek blesses Abram, and Abram responds by giving him “a tenth of everything,” likely referring to the spoils (“income”) from his recent victory over several kings. The book of Leviticus is also replete with references to tithing resources such as land and animals (e.g. Leviticus 27:30-32).

According to Malachi 3:8-10, ancient Israel robbed God “in tithes and offerings,” that is, by not giving their tithes and offerings. However, God also made this promise: “‘Bring the whole tithe into the storehouse, that there may be food in my house. Test me in this,’ says the LORD Almighty, ‘and see if I will not throw open the floodgates of heaven and pour out so much blessing that you will not have room enough for it.’” God attaches some kind of blessing, not necessarily more money, when His people tithe.

It is self-evident that the Church needs money, this convenient means of exchange, to carry on its work. The financial needs of the Church do not exceed the financial possibilities of its members; the Lord does not expect that Christians give more than they are able to give. If the Christians of our day would give ten per cent. [sic] of their income, as the Jews did in the Old Testament (in the New Testament this is not obligatory), or if the Christians of our day would support the Church to the extent of their power and even beyond their power, as did the poor Macedonian Christians, 2 Cor. 8, 3, the treasuries of the churches would always be filled to overflowing, and there would no longer be the proverbial church deficit (John H. C. Fritz, Pastoral Theology, 259-260).

Tithing as the Congregation’s Practice

When the Christian congregation adopts tithing as its regular practice, it will want to focus on Jesus’ words: “It is more blessed to give than to receive” (Acts 20:35). The practice of tithing seeks to give money away in order to bless and serve neighbors in the Church at large. The primary blessing may simply come in the form of satisfaction that the congregation, as a corporate person, has served its neighbors in the Church at large.

The pastor will want to guide the process, taking time to teach his members on the Scriptural witness of giving and tithing, as well as the needs of the Church at large. The pastor will also want to ensure that the tithing commitment is carried out because, after all, the Old Adam in each of his members will resist just giving money away.

If giving away ten percent of the congregation’s regular income (offerings)–off the top, before any other budget items are planned–seems “unworkable,” the congregation may choose to grow into that percentage. One way to grow into tithing is to give 10 percent from extraordinary, unplanned gifts. If the congregation receives a $10,000 unplanned and undesignated gift (e.g. a bequest), it can decide to give away the first $1,000 (the tithe) before it decides how to use the remaining $9,000 for its own purposes.

Another way to grow into tithing is to begin with a lower percentage. As the pastor and congregational leaders work through next year’s budget, they can calculate the expected income from regular offerings for the coming year, and then resolve to give away five percent (5%) or whatever is manageable. In successive budget years, the congregation can increase that percentage as it becomes more comfortable with giving away money in order to help missions, charities, and other organizations. Ultimately, the goal is to reach that ten percent mark, but there’s nothing to limit the congregation to that figure either.

As the congregation’s budget is drafted, literally make “Tithing” the first item in the “Expenses” section. Print it out thus, so that members can see it and conclude, “Hey, we’re actually giving to serve our neighbor before we plan our own expenses.” This sets a wonderful example for congregational members to do the same in their own budgets.

After the congregation has decided to give away a percentage of its income, then it must actually set that money aside. Each and every week that approved percentage should be taken from the offering monies and placed in a separate savings account dedicated solely to tithing and giving away. This step is crucial and meant to be executed before paying salaries, utilities and other expenses.

The congregation may adopt one of several timeframes for actually disbursing the dedicated funds–monthly, quarterly, or annually. Keeping accurate records of the money that accrues and when it is given away is paramount.

With the leadership of the pastor and elected leaders, the congregation will also want to plan the recipients of its giving. The congregation should ask itself, “What missions, missionaries, charities, and outside organizations do we want to support?” That is, what missions, missionaries, charities, and outside organizations have purposes and goals that are consistent with those of the congregation? A congregation that prizes such things as clear Scriptural teaching, rightly dividing the Word of truth (i.e. distinguishing Law and Gospel), administering the Sacraments of Christ according to His institution, using the liturgy of the Church, and teaching Christians to live in their vocations will seek to support groups and organizations that prize those things as well.

The pastor and leaders may want to devise some method of seeking input from congregational members, such as a suggestion form, for what missions, charities, and outside organizations they would like to support. Then they will want to vet those organizations, draft a plan, and have the congregation as a whole approve the plan.

Such giving can be organized according to the three emphases of the Church: Witness, Mercy, and Life Together. A Witness category would support the proclamation of Jesus Christ around the globe, including missionaries, training of pastors, and faithful radio programs. A Mercy category would support charitable mercy-work for bodily needs, such as food pantries, housing projects, and pro-life ministries, as well as a pastoral discretion fund for local charity needs that may arise. A Life Together category would support our common life gathered around Christ’s gifts in the Divine Service, including the youth organizations, Lutheran school associations, and even one’s church body.

As the money is given away, anticipate the “blessings.” Members will see that, yes, giving is and can be a way of life, especially since the congregation sets the example. Vacuous will be the claims that “I give my money and all they do with it is pay the light bill.” Congregation members may just “step up” their giving because they see the congregation “as a person” being charitable. In addition, as missionaries, charities, and other organizations send their “Thank you” letters, congregation members will take great satisfaction from knowing that, yes, they did help their neighbor and, yes, they are helping to spread the Gospel of Jesus Christ into all the world.

“You will be enriched in every way to be generous in every way, which through us will produce thanksgiving to God. For the ministry of this service is not only supplying the needs of the saints but is also overflowing in many thanksgivings to God” (2 Corinthians 9:11-12). 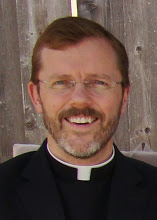 Associate Editor’s Note:  With this post we welcome Pastor Randy Asburry to our regular writing crew here at BJS.  I have known Randy for a while now and am very glad to have him writing for us.  Here is a little more about Pastor Asburry:

Rev. Randy Asburry is senior pastor of Hope Lutheran Church, St. Louis, MO (since 2001). Previously he served parishes in St. Louis, MO; Boonville, MO; and Gillette & Wright, WY. Randy earned his MA in Classics (Greek and Latin) from Washington University, St. Louis (1992), and his STM degree in Systematic Theology from Concordia Seminary, St. Louis (1998), writing on Luther’s view of faith in the Catechisms. He has served as Circuit Counselor (Wyoming and Missouri), as staff writer for Good News magazine, and on subcommittees for Lutheran Service Book. He has written Bible studies, devotional booklets and tracts for Concordia Publishing House, and has been a regular guest on Issues, Etc. as well as KFUO’s The Bible Study/Ask the Pastor and Studio A. Most recently, he was the original host of KFUO’s “His Time” (April 2012 – September 2013). Randy and his wife, Rachel, have two children, Christina and Jonathan.