The Next Wedding I Perform

One of the neat things that we pastors get to do is to perform weddings.  What a thrill it is to see a young couple declare their love before the world and to be part of their special day!

And so it’s with great excitement and emotion that I will be performing a wedding this weekend.  I have been asked to do the honors for a young couple I know up in Iowa, friends of the family.  Steven and his partner Adam have been in a loving, committed relationship for over three months now, and since Iowa is a state that believes in marriage equality, Adam and Steve have decided to tie the knot.  And I’ll be there to officiate!

I’ve been working with the couple on planning the service, and I’m really looking forward to it!  The Manilow medley, the confetti drop—I get goose bumps!  I’m already working on my sermon, “There Is Neither Male Nor Female” (Gal. 3:28).  And I may get a bit misty-eyed when it’s time to say the words “I now pronounce you man and man” and “You may kiss the spouse.”  Another thing—I’ve never worn a sequined stole before!  Say yes to the vestment, baby!

Now will Adam and Steve face problems in their marriage?  Of course they will.  Steven is a dog person, and Adam has a cat.  But love will find a way.  Butch the bulldog and Félice the cat are already in therapy, working on their relationship.  We are hopeful.

Wedding bells are about to ring!  So this weekend, it’s off to Waterloo!  It should be fabulous! 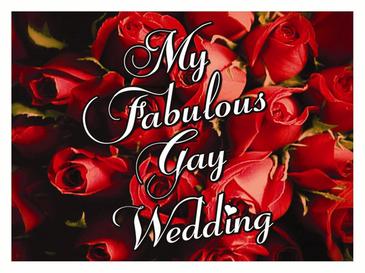 If you haven’t noticed, today is April 1st.  But the scary thing is, the stuff written above could be true!  It’s an April Fools joke, but the real joke is the idea of “gay marriage,” and the fools are those who buy into it.  That’s what the Bible calls them—fools:  “Claiming to be wise, they became fools. . . . For their women exchanged natural relations for those that are contrary to nature; and the men likewise gave up natural relations with women and were consumed with passion for one another. . .” (Rom. 1:22, 26-27).

Adam and Steve, you’ll just have to find somebody else to do your wedding.