A dear colleague, friend and mentor, Rev. Arthur J. Henne is a ’57 graduate of The Lutheran Theological Seminary at Philadelphia (LTSP).  He is a retired ELCA pastor.  In the Lutheran Church in America (LCA), a predecessor denom to the ELCA, he served many years as a missionary in the Caribbean.  We have known each for about fifteen years and one of our frequent discussions is the demise of his alma mater, LTSP  and his profound sadness over its condition.  It no longer has a Lutheran only professorship.  Art gave me for my 25th anniversary of Ordination The Conservative Reformation by Charles Porterfield Krauth and directed me to the vows the professors used to take at Krauth’s Seminary (LTSP):

“…every Professor elect of the Theological Seminary of the Evangelical Lutheran Church at Philadelphia, in the act of investiture and before entering on the performance of the duties of his office, makes the following affirmation:

‘I believe that the Canonical Books of the Old and New Testaments are given by the inspiration of God, and are the perfect and only Rule of Faith;  and I believe that the three General Creeds, the Apostles’, the Nicene, and the Athanasian, exhibit the faith of the Church universal, in accordance with this Rule.

‘I solemnly promise before Almighty God that all my teachings shall be in conformity with His Word, and with the aforementioned Confessions.”—The Conservative Reformation and its Theology, by Charles Porterfied Krauth, orig. published 1871.

Art said they can no longer take that vow at LTSP.

He pointed out a couple of weeks ago that in the President’s Welcome on their website, the President compares the seminary to the Wawa store across the street. The picture is from their website.  (Wawa is like  Seven-Elevens)  The President likes it that folks refer to their seminary as the “school across from Wawa”.  He writes that they have thought of using it as a tagline.

Art immediately started discussing a topic:  LTSP wants to sell the Gospel like a Wawa.  Their particular brand is liberal Protestantism.  Art also brought over his alma mater’s “PS Magazine”, and the article, “Listening to the Voices of a Changing Church”,  means we have to listen to our market to change the product so it sells.

So for instance, Presiding Bishop Mark Hanson of the ELCA was asked a question at the first ELCA Town hall meeting, Dec 6, 2010,  requiring a one-word answer: “Where is there anything other than rejection of homosexual conduct in the Bible?” The Bishop’s response is here.  Warning:  reading it will give you a theological migraine and it is at the end of this posting. I reproduce it for this question and answer:  Why did he probably give such a long answer?  Answer:  The short answer would have been, Yes and we do not agree with the Bible. We think the Bible is wrong.  His answer is long because he could not an honest and forthright heretic because that would not sell like Wawa theology to his market-share of  Protestant denominationalism.  His probable concern in being heretical forthright:   the loss of  $$$$$$$$$$$$$$$$$$$$$$$$$, the offerings.

I write this for other  reasons, besides to relate the pain of many in the ELCA.  This is almost enough but this sorrow over false doctrine teaches us further:

We are to thank the Lord we have two faithful seminaries in the LCMS!  While still in the ELCA I attended a three day continuing education course taught by Dr. Reed Lessing on Isaiah.  I have heard lectures by Jeffrey Gibb.  Attending many Symposia in Ft. Wayne:  Professors Just, Scaer, Scaer, etc. All are solid.

But here’s the rub: Wawa theology, in it’s own LCMS form is rampant.  This is why I was attracted to BJS:  it fights the good fight against the selling of the Gospel and selling it out by the practitioners of Church Growth ideology, watered down confessionalist subscription and the Word and Sacraments as a rubber stamping for my/our agenda(s) .

In one sentence: The problem with Church Growth ideology is that, in matters of church practice, it replaces “respect for and obedience to the Word of God” with “respect for symbols of worldly success and obedience to quantifiable results.” That will be the undoing of the LCMS, if it is not decisively repealed and revoked. Mark my words.

I have marked his words.  For Krauth to take the oath of investiture meant  utter fidelity to Scriptures and the Confessions as integral, for instance,  in the  good fight against the “New Measures” of Dr. Samuel Schmucker, President of Gettysburg Lutheran Seminary who wanted the Pennsylvania Ministerium and the other non-LCMS Lutheran bodies to fit into 19th century revivalism.  Schmucker actually tried to publish his own expurgated version of The Book of  Concord in which he left out the doctrine of the real presence which he did not believe in.  It was not convenient for being a revivalist denom. It was the 19th century equivalent of our “worship wars”.   I think in the 21st Century Schmucker is winning and their is no Krauth or Walther to lead the way.

Why did Krauth and Walther, in the good fight of faith, prevail?  Possibly one big reason, they probably did not care about this cost of the fight: 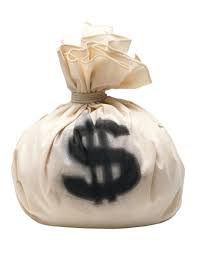 They did give one whit that the offerings would take a hit . Wawa theology might sell for awhile, but the Word of God remains forever.

“The question beckons us into a conversation that I think we need to continue to be having in this church. And my fear is that as the Evangelical Lutheran Church in America, we’re missing a marvelous moment that we now have to bear witness to one another and to those who are watching us, expecting a division, because that’s the lens through which questions of human sexuality and homosexuality are being defined culturally and in the Church beyond us. We have a moment to say, “Let us tell you how we understand the Word of God.” We understand the Word of God as God’s living address to humankind first and foremost incarnate in Jesus the Christ. We understand the Word of God as the good news of Jesus Christ as it is proclaimed as Law and Gospel. We understand the Word of God as the Word recorded in Scripture. And so the question gets into how then do we read the Scriptures? My fear is that we are falling into a differentiation and separation of the Church around “some read the Scriptures and some don’t; some love the Scriptures and some don’t.” I think the one who wrote this question loves the Scriptures as I love the Scriptures, as those folks that love the Scriptures say, “I can’t get to where this church seems to have gone in response to homosexuality.” And the congregation that is rejoicing because it loves Scripture and says, “Now we have the possibility for the person who is gay or lesbian in a committed, life-long relationship to serve as our pastor.” And so the question isn’t, do some love the Scriptures or not, but how do we read the Scriptures? And first and foremost we read the Scriptures evangelically as Lutherans. We read the Bible open to the Holy Spirit bringing us to saving faith in Jesus Christ. John ends his gospel, “These things are written that you might believe in Jesus Christ.” Luke ends his gospel with Jesus saying to his disciples, “You want to know how to understand the Law and the Prophets and everything in the Scriptures? Well it’s through my death and resurrection. And, once you realize that, your purpose is to proclaim repentance and the forgiveness of sins.” So now, back to the question. When we come to the question of how we read the Bible, in response to homosexuality, in response to the place of gay and lesbian people in our life and ministries, let’s bring the question: how do we read the Bible to texts that the questioner referenced, but to the texts that other turn to, to lead them to say, “But you know? The questions of homosexual orientation that I hear asked and the understanding we have of homosexuality today, does not seem to be reflected at all in the context of the biblical writers.” So, let us bring our understanding of sexual orientation as it has been opened up to humankind over the years to this conversation. My plea is: we now do not move into conversations of like-minded people, around homosexuality and human sexuality, we step into engaging one another. Let’s not let this moment in our church become the occasion when the Bible becomes a wall that divides us, rather let it be the table that beckons us into conversation with one another, listening to the Word and listening to one another, as we hear the Word speaking to us and through us. This moment is a chance to be a witness of what it means to hear the word of Law and Gospel, and bring us to saving faith in Jesus Christ. Stay in the conversation, Church. God is still speaking to us and through us in the ELCA.”