(This is the next post in our regular column “Spiritual Headship in the Church and Home” Pastor Hein’s articles on BJS can be found here.) 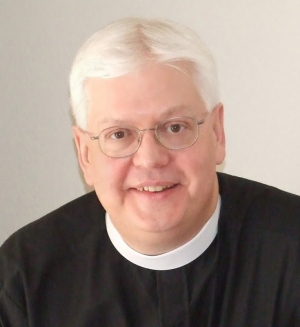 With this installment, our series on “Spiritual Headship in the Church” comes to a close. The series ends, but the topic must continue to be reviewed and discussed. It is that important. But of far greater importance is not talking, but doing. It is not words, but actions. Spiritual headship… true spiritual headship as established by the Lord our God and defined by His Word… must continue to be practiced in our homes and in our churches. Why? Because without it, the people of God suffer. They suffer because of the absence of protection, direction and instruction provided by men whom the Lord has called to serve as leaders in their own homes as well as in their congregations.

Brothers in Christ, if you think that spiritual headship ends in the home, is confined to the home, think again. It is not.  It goes with you, follows you, from the home to the church.  As you take the lead in your own family, you are to also take the lead in and amongst your church family, God’s people who congregate around Word and Sacrament all to the glory of God for the comforting of His saints and the extending of His kingdom.

In what ways are you to “take the lead?”  It certainly includes taking on formal leadership positions in your congregation, positions of authority, be it on the church council, or as elders, deacons, trustees, etc.  Thanks be to God that many brothers do step up and serve the Lord in such important capacities.  But it is important to note that headship and leadership in the church takes place as well by men who are not in official positions. They are nevertheless there serving the Lord. They are there standing up and being counted, standing up and being heard as they support and defend the holy ministry being undertaken in their congregation.

Yes, it is a real commitment of time and energy. Yes, it is challenging. Yes, it includes dealing with “garbage” that is found in every congregation. Yes, it involves fighting the good fight of faith and making the good confession. But that should be no surprise because it is no different than what you are doing and dealing with in all other aspects of your Christian life. This is the Christian life this side of eternity. Let’s face it, being a Christian is “a hassle.” It is going to mean difficult times, trying times, stressful times and not only out there in the world, but also in your home and in your church. Why? Because in all three places sin is in the mix, Satan is in the mix.

What is more, too many men in the church are willing to “remain on the sidelines” and yet it is amazing how quick they are to critique and criticize what is happening “on the field.”  And just so we are clear, what we are talking about here is not a game. It is not a sports field, but rather a battlefield where the fight of faith takes place daily as does seeing to the needs of the spiritually wounded, the spiritually sick and dying.  Make no mistake about it, men are called to take the lead in the fight on the battlefield and to lead in caring for precious souls in the field hospital that we know to be God’s Church.

We have all failed to some degree in doing this. We are all guilty of dereliction of duty, having shirked our God-given headship and leadership responsibilities in some manner or form. We have all fallen short of what we have been called to do… commanded to do… that which we should want to do, considering it to be an honor and great privilege. For all of this, we are called to repentance. And thanks be to God, for all of this we are most certainly forgiven. Indeed, in Christ, we are given a new start, a fresh start!

If you look at those who are true lay leaders in the church, you will find that they are also true Christian laymen in their homes, at work and in all other aspects of their lives. It is who they are, wherever they are, at any given time.  I am talking about men who are well grounded in the Word of God and well catechized in the teachings of our church.  I am talking about men who have their priorities straight, including the keeping of the First Commandment. The Lord our God clearly comes first in their lives as evidenced by their actions in the home and in their congregations.

Please hear me also say that what I am not talking about are supermen or perfect men… just simple men, humble men, brothers in Christ who do what they do and keep on doing it by the grace of God and by His Holy Spirit at work in them. Thankfully, this has been going on in our Lutheran church ever since some faithful laymen once stood before the Emperor in Augsburg and made the good confession. Thankfully, it continues to this day, faithful laymen who stand steadfast alongside of faithful pastors undertaking headship and leadership roles in the church whereby God’s people by no means suffer, but rather thrive and flourish, being properly led and fed, protected and cared for. To God alone be the glory for how mightily He works in His people and through His people.