You have heard of bad hair days? Well,  Rev. Kieschnick and Rev. Matt Harrison had bad AV days but according to our source, they reacted quite differently. 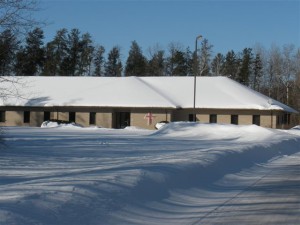 Each man had trouble with the video presentations they had planned. In each case the video equipment malfunctioned. According to the pastor that we interviewed, President Kieschnick did not handle it well. He was quite perplexed and after a few minutes awkwardly went on with a stunted presentation. Harrison on the other hand, it was reported, had the same problems but responded without much hesitation and went on with a full presentation. This is from an eye-witness. Please let us know if you were there and saw the same thing or had a different impression.

In other news, the Blue Ribbon presentation was met with numerous questions that received less than comprehensive answers. The delegates filled out a survey on the proposals before the question and answer period but apparently were allowed to change their answers after the question and answer period. Hopefully the Task Force is listening to our concerns and is changing their presentation which so far has been highly scripted and controlled. We encourage readers to go the website put up by the “Interested Laymen” and view the Task Force’s presentation and take the very same survey that is being given to convention delegates. There are dozens of proposals so be patient. The survey takes at least 45 minutes.

It was also reported that Rev.  Don Fondow was re-elected District President.

If you are at the convention and have other comments please let us know by commenting below.