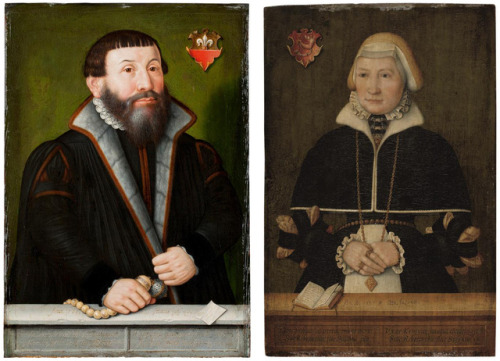 One of my favorite Lutheran theologians is Martin Chemnitz. I have often wondered about that “rosary” that shows up in the most well known portraits of him. Well, last April, Rev. Paul McCain, the now sainted publisher for Concordia Publishing House shared this with me. I share it with you for your information.

We notice sometimes in portraits of our Lutheran fathers what appears to be them holding a “rosary”… at least what’s what some say and I’ve seen then people trying to justify the introduction/use of a “Lutheran rosary” and what-not. I won’t bother with that bit of nonsense.
But…the point here…
The “rosaries” being held in portraits are NOT rosaries, rather, it is a “pomander” which was a standard bit of detail put into portraits of professors, clergy, government officials, a kind of “this guy is a big deal” … I suppose we could say it would be a tad like portraying a dapper man with a full pocket watch chain set on his waistcoat….
Any rate, here is what I found again today.
There is a well known portrait of Martin Chemnitz from 1569 that depicts the reformer in a black coat and clutching what looks like a string of beads.

These beads can also be seen in this later portrait:

Many have speculated that these are in fact rosary beads, and that the rosary must have been part of early Reformation practice. Later to be stamped out by Baptist admiring Lutherans.

Look at the silver filigree ball at the end of the beads. This is a pomander.

Men and women wore girdles as belts. They hung around the waist and then down about two feet. They were decorated and the part that hung down was held in the hand. The one in Chemnitz’s portrait appears to be decorated with beads, which were wildly popular in the later 16th century,and topped off with an elaborate silver pomander ball, which contained fragrances.

Since people didn’t bathe for fear of catching the plague, these pomanders helped mask, well, b.o.

And you could look rather fashionable at the same time.

5 thoughts on “Did Martin Chemnitz use a rosary?”