This is the fifth article in a series published in local newspapers of Clayton County, IA. 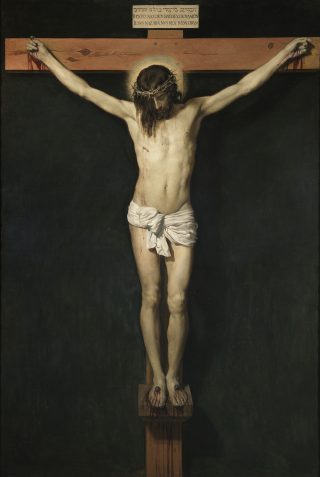 Christ alone is our salvation. This means that he is the essence and sole sum of all that we confess from the Bible. Our Lutheran ministers subscribe to confessions that include the three ecumenical creeds, the Apostles’, Nicene, and Athanasian Creed; the Augsburg Confession, a series of 28 articles presented to Emperor Charles V by Lutherans in 1530 who wanted to give a confession of Biblical truth against the errors of the papacy; the Defense of the Augsburg Confession from 1531; Luther’s set of articles accepted by the Lutheran Princes in the town of Smalcald in 1537, along with the Treatise on the Power and Primacy of the Pope, written that same year; and finally the Formula of Concord from 1577, a set of articles meant to unite the Lutherans in a common confession of Christian doctrine and correct certain errors that had crept in.

But why do we need confessions? Isn’t it enough to have the Bible? Of course the Bible is the only source and norm of our teaching. It is also Christ’s will that we clearly confess who he is (Luke 9:18) and agree on all things about him (Matt 18:19). These confessions are not additions to the Bible, but defenses of it, especially crucial when people who claim to believe the Bible deny the clear teachings of it. Every true Christian confession is a confession of Christ and who he is. No matter what we are confessing, whether it is that God created the world in six days, established marriage for one man and one woman, sent a flood to destroy all mankind, that man fell into sin through Adam’s fall, that God called Abraham, Isaac, and Israel as his own, no matter what we are confessing, we are always confessing Christ.

When we confess that Jesus was born of a Virgin, that he died and rose from the dead, that he gives his Holy Spirit through the gift of his Word and through Baptism, when we confess that he gives us his body and blood to eat and to drink, whatever it is in the Bible we are confessing, we are always confessing Christ, because Christ is the center of all Biblical truth. To him all the prophets bear witness (Acts 10:43). As surely as our salvation comes not from our own works or dreams, but from Christ alone, it is, therefore, true that Christ alone is the sum of all Scripture. And this means that any attack on Scripture is an attack on Christ and what he did to save us.

The phrase “Christ alone” means that we are saved from sin and wrath only by what Christ did for us by fulfilling the law on our behalf (Matt 5:17). It also means that all Biblical truth is worth confessing and defending because it is all centered only in Christ, not in whatever is popular here on earth. If we reduce all doctrine down to a simple “Jesus loves you” while allowing various parts of Scripture to be denied, then we are not really confessing Christ. Christ is the sum of Scripture. So while some might say that it isn’t that big of a deal if we disagree on various points of doctrine, we dare not compromise on Biblical truth, since to do so is to compromise Christ and what he has done. This is, as Luther calls it in his Smalcald Articles, the Chief Article. All other articles of Christian teaching flow in and out of it, because Christ alone holds all things together (Col 1:17).