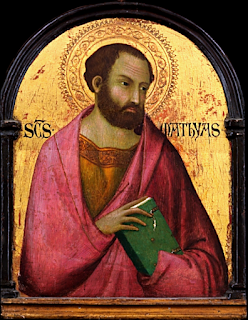 25 At that time Jesus answered and said, “I thank You, Father, Lord of heaven and earth, that You have hidden these things from the wise and prudent and have revealed them to babes. 26 Even so, Father, for so it seemed good in Your sight. 27 All things have been delivered to Me by My Father, and no one knows the Son except the Father. Nor does anyone know the Father except the Son, and the one to whom the Son wills to reveal Him. 28 Come to Me, all you who labor and are heavy laden, and I will give you rest. 29 Take My yoke upon you and learn from Me, for I am gentle and lowly in heart, and you will find rest for your souls. 30 For My yoke is easy and My burden is light.”

25 If At that time Jesus answered and said, I thank thee, O Father, Lord of heaven and earth, because thou hast hid these things from the wise and prudent, and hast revealed them unto babes.

Hid from the wise. Here we must look aside from the Divinity of Christ, and look upon him as any other common preacher.

He speaks of worldly wisdom, which interferes with God’s word and work, and makes the people highminded, and will not admit the true, divine wisdom.

The meaning is not, that God in deed and in truth, or designedly conceals the Gospel (on the contrary see John 3:16) since he commands to preach it openly among all people under the heavens and in every land on earth; but that he has chosen such preaching, to which the wise and prudent naturally have an aversion, and which for their own fault is hidden from them, because they will not have it. Isaiah 6:10.

Revealed unto babes. The other thing over which Christ rejoices, is that he (God) has revealed it (the Gospel) unto babes, simple ones and minors. These are all those who are not prudent and wise in themselves, nor turn their reason against God’s works and words; but hear and receive his word, not as though they were ignorant in the scriptures. One whom he here calls a babe may in deed be a great doctor; again, he may also be a peasant, whom Christ here calls wise. See Isaiah 49:6; 1 Corinthians 1:26-28.

26 Even so, Father; for so it seemed good in thy sight.

Good in thy sight. He will say: This is the only reason that it is good in thy sight. It is true, that he has no pleasure in the death of the sinner (Ezekiel 33:11) but the scripture says (Exodus 33:19; Romans 9:15) “I will be gracious to whom I will be gracious, and I will show mercy on whom I will show mercy.” Here all boasting is taken away. 1 Corinthians 1:31; Ephesians 1:4-6.

27 All things are delivered unto me of my Father: and no man knoweth the Son, but the Father; neither knoweth any man the Father, save the Son, and he to whomsoever the Son will reveal him.

All things. Hereby he publicly confesses that he is truly God. “All things.” Here he excepts nothing; for, in short, whatever is not God, is subject to him. Again, when he says, “They are delivered unto me of my Father,” he indicates thereby that he is a true man, who received it of the Father. But this word, “All things are delivered unto me,” concerns us, for I must know of a place where I can find God and all things.

No man knoweth. Herewith he retires to the interior of the Divinity; and this is the only passage in which Matthew speaks in the manner of St. John 1:18.

Revealed. The Christian faith and the Christian life consist in this one little word, “Revealed by God.” For where this is not the case, there no heart will know the mystery, which was hidden from the beginning of the world. Ephesians 1:9; 3:5.

Will. The word “will” does not mean that he reveals reluctantly and unwillingly; but it indicates an exceeding great kindness.

28 If Come unto me, all ye that labor and are heavy laden, and I will give you rest.

Come unto me. This means: Yea, moreover, I desire it so very much, that of my own free will, I call, command, urge, beseech and try in every way to induce you, who are so unwilling, to hear me, who reveals this to you.

All. Now, whoever would despair, would have to be his own foe, and exclude himself from the word “all.” For he, who calls all, excludes none.

The other meaning of the inner revelation, according to which he reveals it to whom he meant to reveal it from eternity, is also true, but it does not take place here. For here he speaks of his common office, and does not discuss eternal providence.

Labor . . . heavy laden. Although these two words may be understood as relating to tribulations, yet they refer properly to the conscience, which out of Christ labors; that is, it is troubled in diverse manners, and is tortured under the law and its tyranny.

I will give you rest. These are words of majesty. For no angel, much less a man would dare to make such an offer; for here he indicates that he has power over sin, death, the law, righteousness, life and salvation; God only can do this. But he does both; he takes the burden away; that is, he forgives the sin, and lightens the burden; that is, he makes them to rejoice and feel secure. He also affords relief in all other distress, such as war, hunger and famine.

29 Take my yoke upon you, and learn of me; for I am meek and lowly in heart: and ye shall find rest unto your souls.

But can this be called rest, when I take one burden from the neck, and then lay another one upon it? Yet, the old Adam must be crucified, says Christ, if ye would in any way obtain rest from me. This is the manner and way of his kingdom, that those who are in it, or desire to be in it, must daily die to the lust of the old Adam, and be renewed in the spirit by the increase of faith. Galatians 5:24.

Meek and lowly. He does not say, Learn of me to fast, watch, or work miracles, but the very small and common virtues of the second table; namely, to be meek and humble, according to my example, which are both necessary, when we would bear the yoke of Christ. Meekness strengthens against impatience and revenge, so that we do not hate the persecutors, but pray for them (Matthew 5:5). None can bear this fruit but Chistians.

Humility is that Christian virtue, by which we remain indulgent to wards those brethren who are weak, sinners, and miserable; yea, regard ourselves less than they are (Matthew 20:28; 11:11; 1 Corinthians 9:19; Luke 22:27). Humility must not be feigned or pretended, but inward and “hearty.”

Learn. He must remain master.

Of me. For if you follow the examples of the saints, you may go astray.

Meek and lowly are brief words, but it will take a long time till we can learn, yea, even spell them.

Rest and peace are sought by all, but some seek it by revenge and persecution, others strive for honor. The ways of both lead to unrest.

For your souls. There may be external tribulation and persecution, but all this ye shall endure easily and quietly. John 16:33.

30 For my yoke is easy, and my burden is light.

My burden is light. He says ex pressly, “my burden” as if he would say, My burden is different from other burdens. Moses’ burden oppresses; mine does not. Acts 15:20 ; 2 Corinthians 3:9.

The world regards Christ’s burden heavy and intolerable; but it is not so, for we have a good companion, who helps to bear it. But this is a great power, to change an intolerable yoke, not only into a bearable, but even into a sweet and easy yoke; although in the meantime the burden itself is not changed, but the person who bears it.