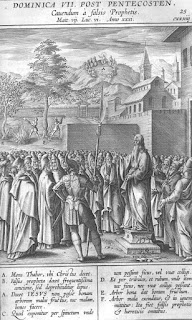 15 “Beware of false prophets, who come to you in sheep’s clothing, but inwardly they are ravenous wolves. 16 You will know them by their fruits. Do men gather grapes from thornbushes or figs from thistles? 17 Even so, every good tree bears good fruit, but a bad tree bears bad fruit. 18 A good tree cannot bear bad fruit, nor can a bad tree bear good fruit. 19 Every tree that does not bear good fruit is cut down and thrown into the fire. 20 Therefore by their fruits you will know them.

21 “Not everyone who says to Me, ‘Lord, Lord,’ shall enter the kingdom of heaven, but he who does the will of My Father in heaven. 22 Many will say to Me in that day, ‘Lord, Lord, have we not prophesied in Your name, cast out demons in Your name, and done many wonders in Your name?’ 23 And then I will declare to them, ‘I never knew you; depart from Me, you who practice lawlessness!’

15 Beware of false prophets, which come to you in sheep’s clothing, but in wardly they are ravening wolves.

Beware of false prophets. The connection is this: I have given you my word and have taught you faith fully, what ye shall do, and how ye shall properly understand the moral law in the Ten Commandments (ch. v,) trust and call upon God, and perform right good works (Chap. vi.) Now, it depends upon you, to take care that ye be not led away from this instruction.

But when a Christian is attentive, and has no more than the catechism, the Ten Commandments, the Creed, the Lord’s Prayer, the Word of the Lord, Baptism and the Sacrament of the Lord’s Supper, he can well defend and maintain himself against all heresies. For the Lord Christ here commands, and gives power to all Christians, to be judges over all doctrines, and enables them to understand what is right and wrong. For thou must be as sure as thou livest, that this is the word of God; yea, even more certain, or else it is not possible to holdout. But no man can judge false teaching, but the spiritual man. ( 1 Cor. 2:15.) “He that is spiritual judgeth all things.”

Here you ask, Why then does God permit false prophets to come among the pious and succeed the upright preachers? Answer: First, that he may test, and preserve his own. (1 Cor. 11:19) “For there must also be heresies among you, that they which are approved may be made manifest among you.” For it is not his will, that we should be indolent, but he wishes to give the spirit or mind which he hath bestowed upon us, and something to do, in order that thou mayest learn that the wisdom of God is wiser than that of the world.

Again, that he may rebuke the ungrateful, who will not accept the word, that they might be converted and saved. (John 5:43 ; 2 Thess. 2:10-12) His word is so dear and precious, that it stands recorded in the blood of his dear Son, and yet we hold it in such slight regard.

For those whom God sends are called (by the congregation or the government, on account of the congregation,) or by constraint; these do not boast much of themselves, but what they glory in they show by their actions. I ask not so much what you preach, as I do whether you are sent, and whether you come.

The sheep’s clothing. The other test or mode is that they come in sheep’s clothing; that is, they adorn themselves both with their doctrine and life, so that they make use of the same words that we do, and glisten in addition.

The sheep’s clothing consists primarily, in that they carry out in external appearance all that pertains to Christ, as regards Baptism and the Lord’s Supper; insomuch that they are regarded as correctly orthodox.

The very surest way and rule to try the spirits is that given in 1 John 4:1-3, and Romans xii. 7; all doc trine must be consistent with faith. It is not enough, that a teacher or preacher should know how to speak of Christ, that he is the Son of God, that he died and rose again, etc., but he must also maintain that we can not deserve forgiveness of sin and eternal life by our own good works.

In addition they adorn themselves with special works and ways. Thereby they ingeniously enchaut the people; for the whole common multitude is drawn towards such masks. But we must above all things see to it, that we have our correct, and fundamental articles of faith in Christ, then we shall be able to judge correctly of all external matters.

Then again, the sheep’s clothing is also found in the office or calling, and great honorary titles such as Bishop, or Pope. Although they have the office, yet they teach such doctrines which God has not commanded, but which are their own dreams and doctrines of devils, which they adorn with the name of God.

Ravening wolves. Finally, great gifts or talents are often a sheep’s clothing, as the Lord says in verses 22, 23.

They are secretly ravening wolves, as they take thy faith away and lead thee away from Christ upon thyself, and call those things the fruits of the gospel which they themselves imagine, wherewith they destroy the genuine fruits.

16 Ye shall know them by their fruits. Do men gather grapes of thorns, or figs of thistles?

Thistles and thorns may also blossom beautifully, and yet yield nothing but sour fruits. But the fig tree is such a simple tree, does not praise itself or boast of its fruits or leaves, does not put forth its leaves before the fruit appears, yet before one is aware it brings its fruit.

Everything depends on what he calls good or evil trees and fruits; here reason cannot judge; it is too high for human reason.

Evil fruit. This is primarily not said of outbreaking and palpable sins; but really of the fruits of false doctrine, which indeed have an attractive appearance, and yet, in truth, are not good; for

1. You will not find any good fruits of faith, nor detect any works of love springing from them;

2. You will see how proud and haughty such spirits are, and in addition how avaricious and unmerciful;

3. Every faction of these false prophets always has one or more points or characteristics, which are palpably wrong and easily recognized, as coming from the devil.

The fruits of the right prophets are taught in verse 21.

21 If Not every one that saith unto me, Lord, Lord, shall enter into the kingdom of heaven; but he that doeth the will of my Father which is in heaven.

He that doeth the will of my Father. But to do the will of God is not simply to keep the Ten Commandments, and merely render obedience to God. Forasmuch as we can not do this perfectly in this life, it is impossible, that we could boast that we had done the will of the Father; but this is doing the will of the Father, as Christ says, (John 6:40,) “This is the will of him that sent me, that every one which seeth the Son and believeth on him may have everlasting life; and I will raise him up at the last day.”

After this fruit of the true doctrine, which is the most important and certain, and can not deceive, other fruits follow; namely, this, that the life truly corresponds with the doctrine and does not contradict it.

23 And then will I profess unto them, I never knew you: depart from me, ye that work iniquity.

Have done many wonderful things. These are the very exalted, excellent people, who claim to be sure of heaven, begin to dispute with God, and yet will be shamefully deceived, and unexpectedly cast into hell.

These are people, who before have been true Christians and have taught the true doctrine, and performed wonders, but afterwards fell away. But the primary meaning is this, that here he speaks of such false prognostications and miracles, as are referred to in 2 Thess. 2:9-10, “Even him, whose coming is after the working of Satan, with all power and signs and lying wonders, and with all deceitfulness of unrighteous ness in them that perish; because they received not the love of the truth, that they might be saved.”

For it is a small thing for the devil to permit himself to be cast out, when he is willing, even by a knave, and yet he does not remain cast out, but permits it, that he may the better ensnare the people. God also may permit real miracles to be performed for the chastisement of those who disregard the truth. Above this, God sometimes permits genuine miracles to be performed by bad men, (such as Caiaphas, John 11:50, Balaam, Num. 24:15) but who are in the sacred office and teach correctly. For they are genuine miracles, when a pastor preaches and baptizes, in as far as he preaches the true gospel and administers Baptism correctly, whether he himself is pious or wicked. But if such signs and wonders are produced through the office of the ministry, that thereby souls are redeemed from sin, death and the devil, how much more can be done by other and less external wonders, which help the soul.