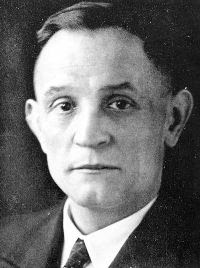 The problem with which we have to deal is how to save the Christian community at this moment from the danger of being thrown into the same pot as the world: that is to say: it must keep itself distinct from the rest of the world by virtue of its “saltiness.” How does Christ’s community differ from the world?

We have come through a time of peril – and we are not finished with it yet – when we were told: “Everything will be quite different when you as a Church cease to have such an entirely different flavor – when you cease to practice preaching which is the opposite of what the world around you preaches. You really must suit your message to the world; you really must bring your creed into harmony with the present. Then you will again become influential and powerful.”

That is our responsibility- “Ye are the salt of the earth.” It is precisely when we bring the salt into accord and harmony with the world that we make it impossible for the Lord Jesus Christ, through His Church, to do anything in our nation. But if the salt remains salt, we may trust Him with it: He will use it in such a way that it becomes a blessing.

This sermon was preached in Berlin ca. 1936 after he had been threatened many times by Nazi-controlled Church authorities. Earlier, Niemoller had a face-to-face confrontation with Adolf Hitler regarding freedom of religion.

In the sermon, there was five minutes’ reading of the intercessory list, that is of those who have been forbidden to speak, or evicted or arrested by the Nazi authorities.