I remember when I was a boy how my mother received a small gift once from a friend.  It was a keychain.  On the keychain was a little electronic music box which played “Amazing Grace.”  My mom never used it, but hid the thing 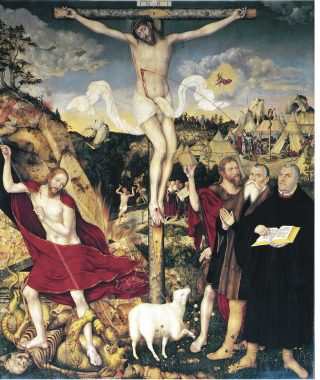 on top of our refrigerator where I would find it and play with it from time to time.  One day I finally asked her why she didn’t use it, and she carefully explained to me that Amazing Grace really wasn’t a very strong hymn (it mentions neither Jesus nor the cross), and there are better hymns for us to learn and love.  Obviously, our pastor had taught her that.  I was a bit confused but nevertheless took the lesson to heart.

Fellow BJS writer Pastor Mark Preus was my roommate in college.  He knew a lot about hymns growing up in a pastor’s family.  As roommates, we always went to church together every Sunday.  And it never failed, whenever we got home from church, if he wasn’t talking about the sermon, he was talking about the hymns.  As I learned quickly, not all hymns were equal in his book.  Some were fit for the choirs of heaven.  Others were better off not in the hymnal.  As for me, quite often I didn’t know the difference.  My good roommate taught me a lot about good hymns, but often I was still confused.  What was a good hymn?  What was a bad hymn?  I wanted to know.

Maybe you have had similar experiences with your pastor or in your congregation. Sometimes the hymns a pastor chooses are a source of conflict in the congregation. He’ll pick this hymn which nobody knows, won’t allow that song which everyone loves, and it all seems so picky and arbitrary.  Some bemoan that the pastor is out of touch with the desires of the people, or he is foisting his mere preferences on the congregation, preferences which aren’t any more valid than anyone else’s.  It can be confusing and hard.

The good news is that there’s a neat little trick which can tell you whether or not you’re singing a quality hymn – look at the bottom of the page.  There you will see the author’s name and dates of his lifespan.  If the hymn’s author lived between about 1450 and about 1700, you’re probably looking at one of the fines

t hymns the Lutheran Church has to offer.  The old Lutheran hymns have beautiful tunes, sound teaching, and enduring relevance.  They are versatile hymns which appeal to men, women, and children alike.  Many of these hymns in the hymnal are written by our own Martin Luther and a Lutheran pastor named Paul Gerhardt.  If you see that name at the bottom of the page, you know you have a gem, as you do with most the hymns in our hymnal written in that time frame.  These hymns were written by specifically Lutheran men specifically for Lutheran congregations.

Certainly, there are hundreds of hymns in the hymnal which are written by men and women who lived outside that time frame.  Some are excellent, especially some of the old Latin hymns which predate the Reformation.  Some, not so much.  If you find a hymn written by someone who lived between 1700 and 1900, you’re probably looking at a Methodist or maybe Anglican hymn.  That maybe doesn’t make sense to us, Methodist hymns in a Lutheran hymnal?  I thought all the hymns were Lutheran!

Well, it’s true.  There are lots of Methodist hymns in our hymnal.  Some of the Methodist hymns are good, but now that I know this little trick I always find it just a little bit awkward to be singing Methodist hymns when I’m in a Lutheran church.  On the whole, they just don’t carry the same punch as the good old Lutheran hymns. You just don’t have the same good Law and Gospel, and the tunes just don’t seem as pretty either.

So next time you’re in church, try this little trick. Look at the bottom of the page in your hymnal, and take note of the dates you see.  It’s just a general rule. Sometimes there may be exceptions, but I have always found looking at the bottom of the page useful and interesting since I developed the habit.  It might happen that the good Reformation hymn you’re singing from Martin Luther isn’t your favorite, maybe not even close.  That’s okay.  Take a mental note.  Tell yourself that even if this isn’t your favorite hymn now, you can grow into it.  After all, the Christian life is one where we are always maturing, always learning better to receive our comfort and assurance from our crucified and risen Lord Jesus Christ.  Our heritage of hymns as Lutherans is very helpful with this.  It’s not just helpful, but a joy worth passing on to our children.

Hopefully, after some time applying this little trick, you’ll be able to understand better the criteria your pastor uses when picking hymns for worship.  It is no child’s play, but a very important part of his calling as your pastor.  It would make him very happy the more supportive you can be.  Living in this world the devil causes all sorts of mischief with vulgar music.  Even in the church, we maybe haven’t been as pure as we always assumed ourselves to be.  The good news is that we are very blessed in the Lutheran church to have a treasury of hymns which is the best in the world. Let’s use it, and love it too.