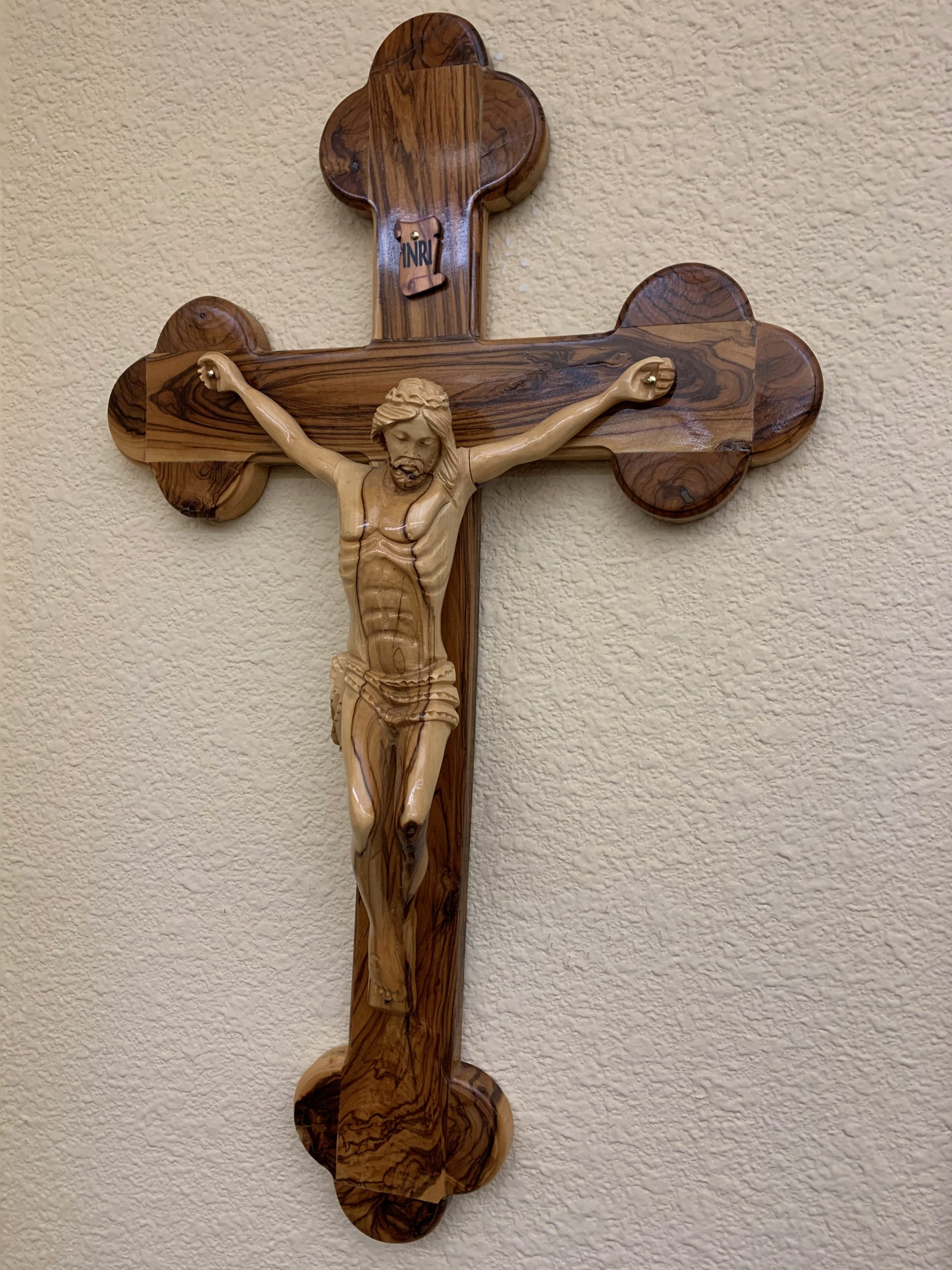 “For where God’s Word is preached, accepted, or believed, and bears fruit, there the holy and precious cross will also not be far behind.  And let no one think that we will have peace; rather we must sacrifice all we have on earth–possessions, honor, house and farm, spouse and children, body and life. Now, this grieves our flesh and the old creature, for it means that we must remain steadfast, suffer patiently whatever befalls us, and let go whatever is taken from us.” Martin Luther, The Large Catechism, Third Part: Lord’s Prayer, sections 65-66, in The Book of Concord, eds. Robert Kolb and Timothy J. Wingert (Minneapolis 2000), pp. 448-449.

Luther included this statement in his explanation of “May your will come about on earth as in heaven.”  He observed how the devil, the world, and our flesh collaborate to hinder God’s will on earth.  If other tricks don’t work, Luther wrote that the devil and the world will inflict punishment and misfortune on Christians. He also included similar statements in his preaching. Read an example here:

“…no one should fear even if all the wisdom and power of the world oppose the Gospel, yea, even if they plan to suppress it by shedding of blood; for the more blood is shed, the more Christians there will be.  The blood of Christians, as Tertulian [sic] says, is the seed from which Christians grow.  Satan must be drowned in the blood of Christians….” Martin Luther, “Twenty-third Sunday after Trinity,” in Sermons of Martin Luther, vol. 5, ed. John Nicholas Lenker, [reprint of The Precious and Sacred Writings of Martin Luther, vol. 14, 1905], (Grand Rapids 1988), p. 299.

“Today is the day of the discovery of the [relic of the] Cross.  Therefore, we want to see, how the cross may be found.  Actually, the cross means suffering that is bound together with shame and disgrace (Schmach und Schande).  Paul speaks of this (Phil. 2:8): ‘Christ became obedient to death,’ however not to a bad death, but rather adds, “to death on a cross,” that is, to a disgraceful death. So Christ had to suffer most shamefully.  For this reason, the actual suffering of the Christian is called the cross.  For the Christian suffers differently than a Jew or heathen.  So the martyrs still had to suffer all kinds of shame (Schmach), indeed even if they were not guilty at all.” Martin Luther, “Am Tage der Kreuzes Erfindung,” [On the Day of the Invention of the Cross], St. Louis Edition, vol. 12, col. 1856. [My translation]

In 1530, on the eve of the Diet of Augsburg, Luther preached this sermon to the Lutheran princes, other theologians and court officials of Electoral Saxony at Coburg Castle.  He intended this sermon as a promise and warning that suffering would come as a result of the bold confession before the Holy Roman Emperor, Charles V:

“For God appointed that we should not only believe in the crucified Christ, but also be crucified with him, as he clearly shows in many places in the Gospels…Therefore each one must bear a part of the holy cross; nor can it be otherwise.  St. Paul too says, ‘In my flesh I complete what is lacking in Christ’s afflictions’ [Col. 1:24].  It is as if he were saying: His whole Christendom is not fully completed; we too must follow after, in order that none of the suffering of Christ may be lacking or lost, but all brought together into one.  Therefore every Christian must be aware that suffering will not fail to come.  It should be, however, and must be the kind of suffering that is worthy of the name and honestly grips and hurts, such as some great danger of property, honor, body, and life.  Such suffering as we really feel, which weighs us down; otherwise, if it did not hurt us badly, it would not be suffering.” Martin Luther, “Sermon at Coburg on Cross and Suffering,” Luther’s Works, vol. 51, p. 198. [Emphasis added]