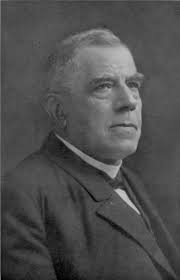 Men have not praised God as God, even though his eternal power and divinity are clearly seen from the works of creation.  Nor have they thanked him.  Rather they would take the glory of the immutable God and transform it into an image, like a transitory man, bird, or crawling animal (Romans 1:19-23).  And they have employed their best powers into the manufacture of their self-invented gods.  In the 44th chapter of his prophecy, the prophet Isaiah judges the God-forgetting heathen, the idol-makers and idol-worshipers, also the apostate from Israel, and at the same time he mocks their foolishness.  We read from verses 12-17: “The ironsmith takes a cutting tool and works it over the coals.  He fashions it with hammers and works it with his strong arm.  He becomes hungry, and his strength fails; he drinks no water and is faint.  The carpenter stretches a line; he marks it out with a pencil.  He shapes it with planes and marks it with a compass.  He shapes it into the figure of a man, with the beauty of a man, to dwell in a house.  He cuts down cedars, or he chooses a cypress tree or an oak and lets it grow strong among the trees of the forest.  He plants a cedar and the rain nourishes it.  Then it becomes fuel for a man.  He takes a part of it and warms himself; he kindles a fire and bakes bread.  Also he makes a god and worships it; he makes it an idol and falls down before it.  Half of it he burns in the fire.  Over the half he eats meat; he roasts it and is satisfied.  Also he warms himself and says, “Aha, I am warm, I have seen the fire!”  And the rest of it he makes into a god, his idol, and falls down to it and worships it.  He prays to it and says, “Deliver me, for you are my god” (Isaiah 44:12-17 ESV).  We find ourselves here in the workshop of a blacksmith and carpenter.  They work in the sweat of their brow.  They give themselves no rest.  They hammer and carve, and they use all skill and industry for their task.  And when the structure is finished, then he sets it up, the one who prepared it.  He sets it up in his house.  He kneels before it and says, “You are my god!”  What foolishness, what mockery of everything holy and divine – the man fabricates for himself his god!  As the apostle Paul went through the streets of Athens and saw the famous art works of antiquity, “his spirit was provoked within him as he saw that the city was full of idols” (Acts 17:16).  What the Greek art of the day had accomplished and publicly displayed – these were idol-temples, idol-statues – the manifold devices of idolatry.  The temple of the goddess Diana at Ephesus was counted as one of the seven wonders of the ancient world.  And the production of small silver Diana-shrines, which the Ephesians set up in their homes for the honor of the great goddess Diana, these were an important production for the goldsmiths in Ephesus, as we know from Acts 19.  And so it also stands today in heathendom.  The cultured heathen of the present day, the Indians, Japanese, and Chinese – they lead us straight to their idol-temples and idol-images to show us their art and culture.

We make the same observation within so-called Christendom.  The papistic religion is nothing other than idolatry.  And the pope knows well how to exploit the worldly culture for his own idol worship.  The prophet Daniel describes in the second half of the 11th chapter the anti-christ, and with the words: “A god whom his fathers did not know he shall honor with gold and silver, with precious stones and costly gifts” (Daniel 11:38).  The holy seer John saw in one of his visions a woman, “the great whore, with whom the kings of the earth have prostituted, and those who dwell on the earth, who have become drunk from the wine of her whoredom.”  And he saw “the woman sitting on a scarlet beast which was full of blasphemous names, and it had seven heads and ten horns.  And the woman was clothed with purple and scarlet, and adorned with gold and jewels and pearls, holding in her hand a golden cup full of abominations and the impurities of her whoredom, and on her forehead was written the name: the mystery, the great Babylon, the mother of whoredom and all abominations on earth” (Revelation 17:2-5).  And when the great whore Babylon is judged, then “the kings of the earth will weep and wail for her.”  “And the merchants of the earth will weep and mourn for her, since no one buys their cargo anymore, cargo of gold, silver, jewels, pearls, fine linen, purple cloth, silk, scarlet cloth, and all kinds of scented wood, all kinds of articles of ivory, all kinds of articles of costly wood, bronze, iron and marble, cinnamon, spice, incense, myrrh, frankincense, wine, oil, fine flour, wheat, cattle and sheep, horses and chariots, and slaves, that is, human souls” (Revelation 18:9, 11-13).  The great whore, which John saw in the Spirit, which made the kings and peoples of the earth drunk with the wine of her whoredom, this is the papistic church of the antichrist.  It has turned away the people of the earth, over whom the name of Christ was placed, from the living God and his Christ.  With its works-religion, lies, and blasphemy, it has turned them away along with the powerful men and princes of the earth.  And this is now a mark of this church, that it is clothed with scarlet, gold, jewels, and pearls.  When we look inside the Roman church, what do we perceive at first glance?  Stately palaces, in which princes and prelates live with their flunkies.  We see great church buildings, cathedrals, masterpieces of architecture, decorated altars with silk purple hangings, gold and silver vessels, extravagant vestments, the bones of the saints contained in jewels and pearls, images of the saints, especially images of Mary without number, portrait masterpieces, fragrant incense, and whispering music.  To put it briefly, as our Confession remarks on Daniel 11, “much church decoration, flags, candles, and the like.”  As Caesar’s Rome did before them, so also the papistic Rome has stacked up within itself the treasures and art works of this world.  And why this pomp, this ostentation?  The antichrist honors his god, as Daniel prophesied, with gold, silver, jewels, and treasures.  This all is the decoration, ornament, and furnishing of false worship.  It is intended to entrance the senses of the simple.

It is similar within the so-called “Protestant” Christendom.  The great rubbish of the past time has taken its grip there also.  There you may not see images of idols or the saints, before which men kneel and pray.  Still, unbelief has gained the upper hand – naked, crass unbelief.  The scoffers, the scoffers of religion in the last days, which Peter announced beforehand (2 Peter 3:3) – they have appeared.  And as Peter writes, they invoke work of the creation before our eyes, the course of history “as it has been from beginning of creation” (2 Peter 3:4).  The unbelievers of our days clothe themselves in the cloak of science.  They search to prove with natural science, with their new finds and discoveries, that there is no God, that what the Bible says is not true.  To be sure it is all a misuse of creation, a misuse of science, vain fallacies.  But it does show us how far the progress of modernity has come.  Since they regard themselves as wise, they have become fools (Romans 1:22).  They are fools who say: there is no God (Psalm 14:1).  The great and wise spirits who make judgments about God, world, and man, who make judgments about time and eternity – they have disordered senses.  They have suffered shipwreck when it comes to sound human reason.  Lunacy and madness, this is the last stage of modern civilization, education, and enlightenment.

The scoffers of the last days speak thus: “Where is the promise of his coming?” (2 Peter 3:4).  They scoff over the last day, over the end of the world.  Still, the day of the Lord will come like a thief in the night.  And “in that day mankind will cast away their idols of silver and their idols of gold, which they made for themselves to worship, to the moles and to the bats, to enter the caverns of the rocks and the clefts of the cliffs, from before the terror of the LORD, and from the splendor of his majesty, when he rises to terrify the earth” (Isaiah 2:20-21).  And then “the strong will become tinder, and his work a spark, and both of them shall burn together, with none to quench them” (Isaiah 1:31).  Then the laughter of the scoffers will wear thin, when everything will burn up in fire, as Peter writes (2 Peter 3:7).  But the small band of believers, the true worshipers, who worship the living God in spirit and in truth, they shall be adept in holiness and godliness (2 Peter 3:11).  They will not be deceived or beguiled by the outer appearance, glitter, or shine, in which unbelief and idolatry cloak themselves.