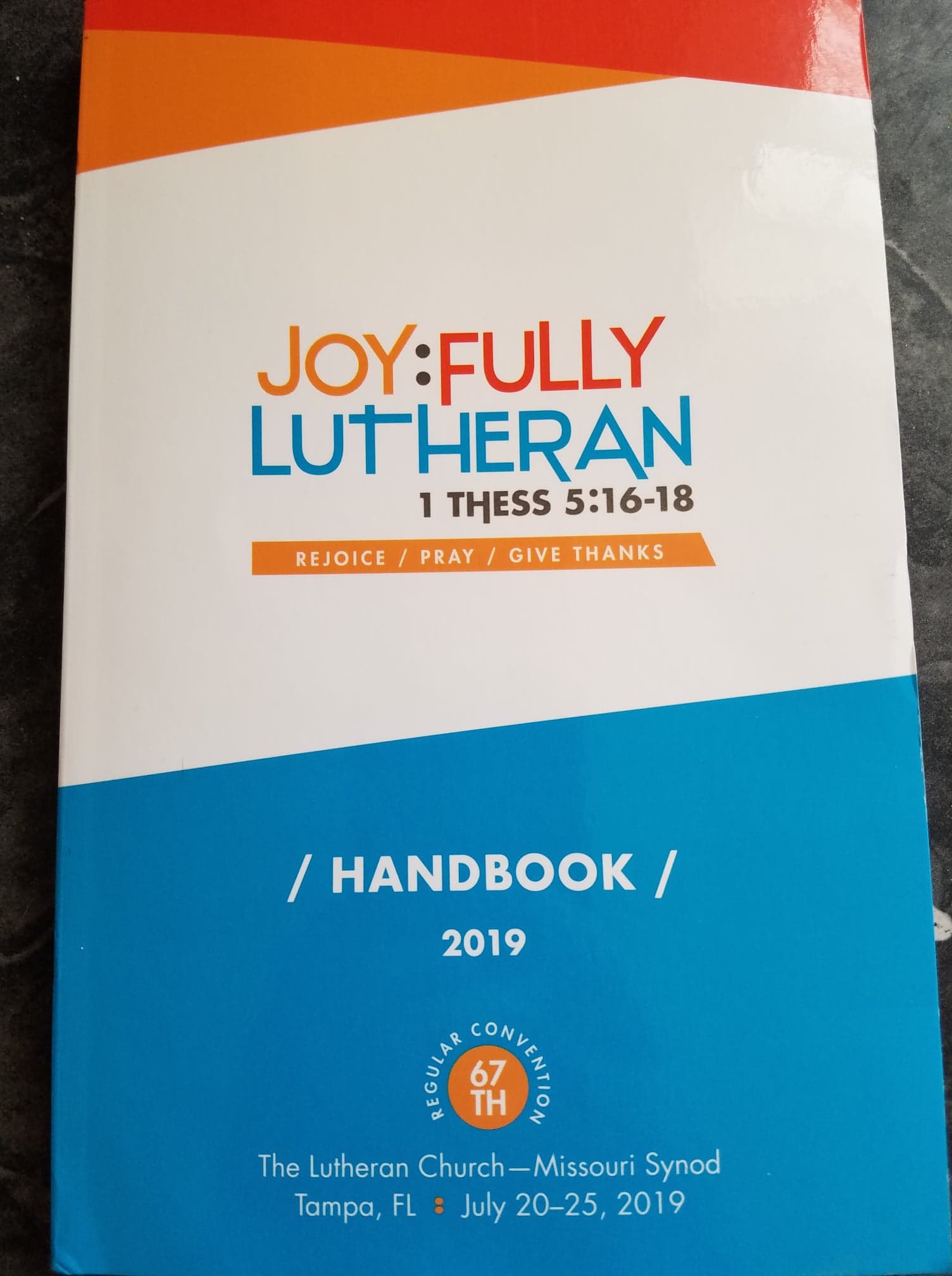 Each time the convention meets it can pass resolutions which may require changes to the constitution of the LCMS.  If such a resolution passes at convention, the constitutional change requires a ratification of 2/3 of responding congregations within six months of when the ballots are sent out.  Ballots are due soon.

Resolution 9-05, “To Amend the Constitution to Address Individual Membership and Advisory Representation” was passed at the 2019 convention 873-77.

The resolution is very lengthy.  If you would like to read the whole resolution you can also access it online at https://www.lcms.org/convention  (The PDF file is called “convention proceedings” under the Documents and Publications section)

From the mailing a note from Secretary of the Synod, Rev. Dr. John Sias, a man who has my highest regard:

“The amendment before the congregations of the Synod acts in a concerted manner on Articles V, VI, IX, XII, and XIII to address accumulated unclarities and contradictions resulting from piecemeal amendment of the Constitution over many years, while maintaining the essential substance of the Constitution. The amendment, proposed by Synod’s Commissions on Handbook and Constitutional Matters, has five effects: (1) it clarifies who is an advisory delegate at the district convention; (2) it restores the ability of a congregation that is part of a multi-congregation parish, but not sending the parish’s voting delegate, to send an advisory lay delegate to the district convention; (3) it straightens out a long-standing confusion of individual membership with advisory representation, a confusion that has cost a few congregations their pastoral representation; (4) it uses consistent language of ordained and commissioned ministers throughout the Constitution and shifts the list of the various types of commissioned minister, relatively frequently amended, to the Bylaws; and (5) it adopts the proposal of Concordia University Wisconsin/Ann Arbor to retitle certified lay ministers as directors of church ministries, consistent with other commissioned offices.

Structurally, the constitutional change will make Article V, which presently deals with both membership and convention representation, deal with membership only, with details of representation left to Articles IX and XII 10. It will also have the Constitution treat the broadest categories of individual membership more clearly and in a manner more explicitly reflecting Walther’s Church and Ministry, leaving often-amended details to the Bylaws. It is intended by the Commission on Handbook to have the same sense as (but greater clarity than) existing constitutional language, except where the noted problems are addressed.”

In my duties as our circuit’s pastoral delegate to the convention I have suggested the congregations vote no based upon point 4) of Secretary Sias above.  This change will make it too easy for Synod to remove or add new categories of Commissioned Ministers, add to more confusion about the ministry in the LCMS, and removes some of the authority of congregations over such changes.  The current state of the Synod requires that we insist upon congregational rights over and against streamlined systems recommended by Synod officials.