The Third Sunday in Advent

“The Signs of Christ”

And when John had heard in prison about the works of Christ, he sent two of his disciples and said to Him, “Are You the Coming One, or do we look for another?” Jesus answered and said to them, “Go and tell John the things which you hear and see: The blind see and the lame walk; the lepers are cleansed and the deaf hear; the dead are raised up and the poor have the gospel preached to them. And blessed is he who is not offended because of Me.”  Matthew 11:2-6

God gives a promise and he attaches that promise to a sign.  He makes his promise perfectly clear and he makes the sign unmistakable.  He promised that he would never again send a worldwide flood.  He put into the sky the sign of the rainbow.  The rainbow is God’s guarantee that he will never again destroy this world by a flood.

When God attaches his promise to a sign we can hold God to it.  He is faithful to his promises.  We may not demand from God a sign that he hasn’t promised and then hold him to it.  God doesn’t take orders from us.  In today’s Gospel Lesson Jesus points to a number of signs that showed he was the promised Savior. “The blind see and the lame walk; the lepers are cleansed and the deaf hear; the dead are raised up and the poor have the gospel preached to them.”  Isaiah foretold it.  He wrote:

Then the eyes of the blind shall be opened and the ears of the deaf shall be unstopped.  Then the lame shall leap like a deer, and the tongue of the mute sing… The Spirit of the LORD God is upon me, because the LORD has anointed me to preach good tidings to the poor; he has sent me to heal the brokenhearted, to proclaim liberty to the captives, and the opening of the prison to those who are bound.  (Isaiah 35:5-6; 61:1)

Jesus did the signs Isaiah said the Christ would do.  By miraculous signs he confirmed the gospel he preached.

Jesus has given signs to his church.  He instituted Holy Baptism in which he joined water to the Holy Spirit.  He attaches his promise to the waters of baptism saying, “He that believes and is baptized shall be saved.”  Peter’s sermon on Pentecost cut the crowd to the heart.  They cried out for God’s mercy, Peter said, “Repent, and let every one of you be baptized in the name of Jesus Christ for the remission of sins; and you shall receive the gift of the Holy Spirit.” (John 3:5)  We confess in the Creed, “I acknowledge one baptism for the remission of sins.”  Listen to the words of Luther’s hymn:

All that the mortal eye beholds is water as we pour it.

Before the eye of faith unfolds the power of Jesus’ merit

For here it sees the crimson flood to all our ills bring healing;

The wonders of His precious blood the love of God revealing,

Assuring His own pardon.

We call these signs sacraments.  Today’s Epistle Lesson calls pastors “stewards of the mysteries of God.”  That’s because they preach the gospel and administer the sacraments. 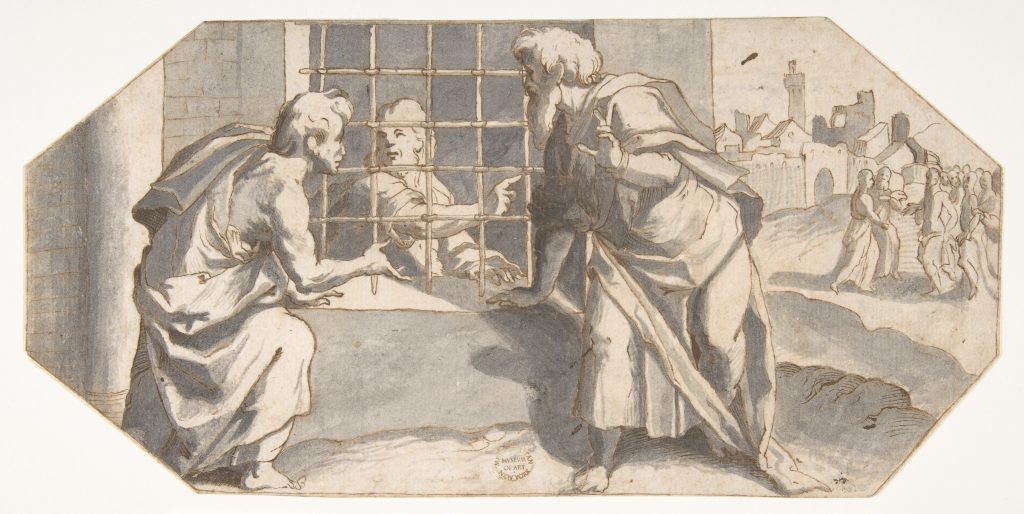 John the Baptist sent his disciples to Jesus to learn from him that he was the Christ.  When they asked Jesus if he were the Christ, Jesus pointed them to the signs.  See for yourself!  What did the prophets of God say?  Look and see if that prophecy has come true.

They looked and they saw what kind of a ruler or Messiah Jesus was.  He didn’t hobnob with the high and mighty.  He humbled himself.  He went to the weakest and poorest.  He showed them God’s mercy.  Look at the signs and see the Savior.  See God who has come in the flesh.  God chose signs that would show his love and condescension.  Blind beggars could see.  Helpless, lame, and crippled folks could walk and run.  Lepers who were shunned by everyone out of fear of that terrible disease were cured and could go back home once again.  The poor who had nothing of this world’s goods were promised eternal treasures in heaven.  The gospel is wealth beyond compare.  It promises eternal life in heaven through faith in Jesus Christ, the Savior of sinners.

After identifying the signs by which any Bible believer could identify him, he added, 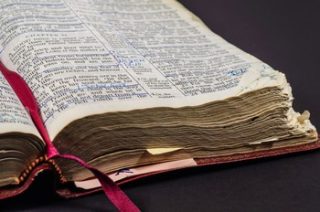 Let me tell you why.  Jesus comes in deep humility, under the cover of great weakness.  In so doing, he exposes the idols in which proud sinners put their hope.  They trust in their money, their prestige, their standing, their intelligence, and their wisdom.  Jesus cares nothing for that.  He comes in humility to rescue the poor.  He demonstrates God’s almighty power in weakness, in deep condescension.  He rescues poor, lost, miserable, condemned sinners.  He recues them by taking their place in poverty, misery, and condemnation.  In so doing he dismisses all the religious pretenses of the high and mighty.  He offends the proud.  He offends the intelligent and reasonable.  He offends everyone except those who need him more than their religion, their pride, or their wisdom.

This brings us to the two main errors taught concerning the sacraments of Christ.  The one error is the teaching that the sacraments are just signs that identify us as Christians, but these signs don’t actually give us anything.  The bread and wine are only bread and wine and not really Christ’s body and blood.  They remind us of how God forgives us, but they don’t give us this forgiveness.  Baptism is just an outward expression of an inward experience.  It doesn’t save us.  People turn the sacraments into mere symbols.  They don’t bring Christ to us, but only remind us of him.

Not by works of righteousness which we have done, but according to his mercy he saved us, by the washing of regeneration and renewing of the Holy Spirit, whom he poured out on us abundantly through Jesus Christ our Savior, that having been justified by his grace, we might become heirs according to the hope of eternal life.  This is a faithful saying. (Titus 3:5-7)

Baptism is a washing in which the Holy Spirit saves us, regenerates us, renews us, and justifies us.  All of this is by grace, by God’s grace alone, as God’s gracious act upon us, without any works of righteousness on our part contributing anything at all.  This offends those who think that their good works make them righteous before God.  It offends those who think that it is not dignified for God to clothe us in Christ’s righteousness in Holy Baptism.  But he does.  As St. Paul put it, “For you are all sons of God through faith in Christ Jesus.  For as many of you as have been baptized into Christ have put on Christ.” (Galatians 3:26-27)  Or, as Jesus said it even more plainly, “He that believes and is baptized shall be saved.”

Consider as well the Lord’s Supper.  This also causes offense.  That bread and wine would become Christ’s very body and blood when a pastor says words in church!  What a claim!  But this is Jesus’ clear teaching.  Jesus says that the bread of this Supper is his body.  He warns the unworthy communicant against eating and drinking judgment on himself because he hasn’t discerned the Lord’s body.  Jesus says that the body and blood we eat and drink were given for the forgiveness of our sins.  You eat, and drink, and believe what Jesus says to you and you walk back to the pew having just been forgiven and saved from hell.  You take into your own body Christ’s body and blood.  This is for you the medicine of immortality.  It gives you eternal life.  Of course this causes offense!  But it is true!  It is true because Jesus said so.  He joined his very body and his blood to the sign.  What God has joined together, let not man put asunder!

Jesus said to John, “Blessed is he who is not offended because of me.”  He says that to us.  Jesus does not call us to advertise ourselves.  Who are we?  We are the blind, the lame, the lepers and the deaf.  We are the poor.  He calls us to deny ourselves and follow him.  He tells us to take his yoke upon us and learn from him, the God who lowered himself to raise us up on high.