This article provides a thumbnail sketch of what Kenneth Minogue calls the “pure theory” of ideology and applies it to destructive ideological mobilization on the campuses of Concordia University System schools. This is the barest introduction, but we have to start somewhere.

A “Pure Theory” or Unified Field

The entire diverse field can be comprehended by the simple unified field.

For example, to transform rotary motion to linear motion, we use a cam shaft. The cam shaft is a combination of the wheel and the inclined plane.

To transform linear motion into rotary motion, we use a crank shaft. The crank shaft is a combination of the wheel and the lever.

There are thousands of such devices in machinery. In turn, those devices can be combined. For example, an internal combustion engine uses both a crank shaft and a cam shaft.

The handful of elements – the 7 simple machines – is what unifies the entire field. The entire field can be comprehended simply by the unified field.

In the pure theory, or in the unified field, ideology has these elements:

These are, so to speak, ideology’s 5 simple machines, from which thousands of ideologies can be composed.

Perhaps the chief example of an ideology is Marxism. In Marxism, the exploitative system is capitalism. The exploiters are the bourgeois and the exploited are the proletariat. The power over laborers is the alien power of the bourgeois, and the conditions of labor under capitalism alienate laborers from themselves, each other, and God. Marxism is a mandate to mobilize in struggle to liberate the exploited from capitalism.

The exploited could be: laborers, the colonized, Blacks, women, the poor, animals, Earth, gays, transgenders, or self-identifying genders, to name a few.

Exploiters could be: the bourgeois, males, Aryans, governments, Whites, landlords, journalists, or police, to name a few.

Once the trick of constructing an ideology from the 5 elements in the pure theory has been learned, it can be modified to suit different races, nationalities, disablements, or any other form of victimhood. In pure form, ideology is a doctrine generator, where every doctrine says all evils are caused by an oppressive system. Name an evil, and somehow it is caused by the dominance of exploiters over the exploited. Any evil existing in the world or society can be used by ideological criticism to generate a model of domination.

Ideology’s object is not to refute its enemy, but to exterminate it. Marxism does not want to refute capitalism or the bourgeois. It wants to abolish them.

The first move of an ideology is to disable the opposition. Ideally, this is done by censorship.

But if an ideology lacks the power to censor, then a common approach is a destructive skepticism about truth. For example, some feminists complain that logic itself is a masculine conspiracy. When someone questions the logic of a feminist proposition, the skeptic can deploy the self-defense of simply accusing logic of oppression. The opposition is disabled from engaging in any critique of the ideology using logic because that in itself is scandalized as part of the oppression.

Logic is not alone in this. All epistemologies (means of knowing truth) and all truth receives the same destructive skepticism.

There is much more to Minogue’s pure theory. It covers an expansive terrain and has immense explanatory powers. For our purposes, let’s jump ahead to an application of it to Christian institutions such as the Concordia University System schools.

The second barrier to social transformation is belief in other-worldly religions. Christianity is a religion of this kind. Many of its believers think in terms of an afterlife in which things come right. … Hence the very first move in any ideological train of thought must be the criticism of religion in any of its other-worldly forms. [Alien Powers, p. 66]

For many ideologies, Christianity is at least an accidental collaborator in a dominating oppression. The oppression is a condition of this world, and the struggle for liberation would establish a this-worldly emancipation. “Transcendence is … an illusion, and the consolatory aspect of religion … most concerns Marx.” [Alien Powers, p. 67]

Other-worldly religion undermines mobilization for an ideology’s this-worldly cause and thereby collaborates with the exploiters.

Worse, from an ideology’s perspective, religion can be the prime oppressor, such as when the Lutheran Church teaches the Sixth Commandment, “You shall not commit adultery.”

The ideological drive has shifted decisively from economics to culture, and the most famous tactic is to infiltrate institutions and change their character. [Alien Powers, p. xxxiv]

[Ideologists] no longer need to come to power by the crudities of revolution, for the long march through the institutions has already lodged many an ideological true believer in influential places. [Alien Powers, p. xxxv] 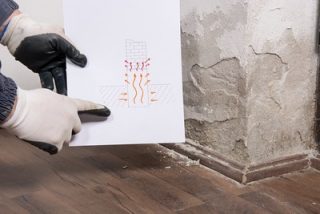 By infiltration, ideologists do not need to marshal resources and build institutions. In a grand act of hypocritical cultural appropriation, they take on the coloring of their Christian surroundings like chameleons, co-opt the institutions from within, and morph the institutions into weapons against the “oppressors” who built them.

Minogue’s pure theory is not a complete explanation of, for example, LGBTQ+ mobilization in the Concordia University System. Among the array of explanations, it not the best or most important. God’s revelation in Scripture of the strategy and methods of the enemy of our souls is primary. But the pure theory of ideology is part of the picture. It explains part of what is going on, and the part it explains is significant.

Understanding this part helps us defend our institutions. An effective defense can include the same strategy and tactics for defending against any ideology that conforms to the pure theory or unified field of ideology. Oppression-based ideologies have a set of tactics that have been highly effective, and a large part of their effectiveness is owed to our ignorance up until now about what ideology is, its objective, strategy, and tactics.