The Holy Spirit is the Helper sent by Christ so that the distinction between the Law and Gospel of God’s Word is properly proclaimed by the called ministers of His Church. In this proclamation sinners are called to repent and receive the forgiveness of sins to believe and be saved.   [Rev. Kurt Hering] 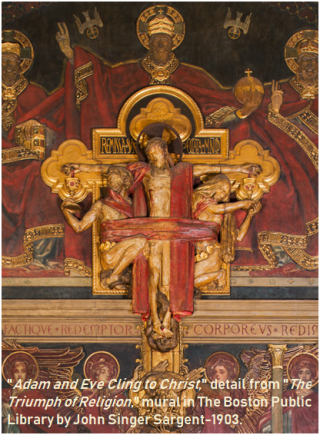 3 . . . the term Gospel is not always employed and understood in one and the same sense, but in two ways, in the Holy Scriptures, as also by ancient and modern church teachers. 4] For sometimes it is employed so that there is understood by it the entire doctrine of Christ, our Lord, which He proclaimed in His ministry upon earth, and commanded to be proclaimed in the New Testament, and hence comprised in it the explanation of the Law and the proclamation of the favor and grace of God, His heavenly Father, as it is written, Mark 1:1: The beginning of the Gospel of Jesus Christ, the Son of God. And shortly afterwards the chief heads are stated: Repentance and forgiveness of sins. Thus, when Christ after His resurrection commanded the apostles to preach the Gospel in all the world, Mark 16:15, He compressed the sum of this doctrine into a few words, when He said, Luke 24:46,47: Thus it is written, and thus it behooved Christ to suffer, and to rise from the dead the third day; and that repentance and remission of sins should be preached in His name among all nations. So Paul, too, calls his entire doctrine the Gospel, Acts 20:21; but he embraces the sum of this doctrine under the two heads: Repentance toward God and faith toward our Lord Jesus Christ. 5] And in this sense the generalis definitio, that is, the description of the word Gospel, when employed in a wide sense and without the proper distinction between the Law and the Gospel is correct, when it is said that the Gospel is a preaching of repentance and the remission of sins. For John, Christ, and the apostles began their preaching with repentance and explained and urged not only the gracious promise of the forgiveness of sins, but also the Law of God. 6] Furthermore the term Gospel is employed in another, namely, in its proper sense, by which it comprises not the preaching of repentance, but only the preaching of the grace of God, as follows directly afterwards, Mark 1:15, where Christ says: Repent, and believe the Gospel.

(You may download a letter size pdf file Seventh Sunday of Easter (Exaudi) Bulletin Insert from this link.)