In the ancient world astrology, the precursor to astronomy and astrophysics, was a critically important science. Astrologers used the motions of the heavens to discern when it would be appropriate to plant crops, go fishing, to travel, etc.  All of this 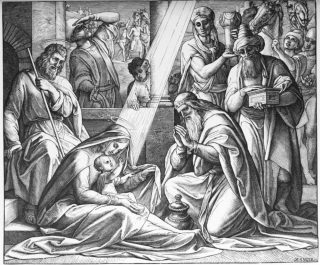 arose from a realization by the astrologers that the heavens and world work in a regular way. That if one could set a calendar by the heavens one could reasonably predict things on earth such as general weather and climatic patterns.  Thus the astrologer using astrology would able to instruct people when it would be wise to do critical tasks, such as agriculture and trade.

This knowledge was closely guarded for good reasons. Not everyone could rightly discern the motions of the heavens and most people did not have the leisure and expertise to learn to do so.  Thus if left to amateurs it would create horrible damage. You could lose crops due winter frost thereby causing starvation of the populace. You could lose trade goods due to seasonal storms thereby losing massive capital expenditure.  Wars could even be lost due to moving troops at inappropriate times of year thus getting stuck in a literal quagmire due to monsoon.

So valuable was this ability that astrologers were elevated to the position of the most important advisors to ancient kings.  These court astrologers with their wisdom and knowledge would advise the king and thereby influence his decisions.  The perceived godlike powers to predict the future gained them great wealth and influence. This combined with the desire to protect their place and to magnify their stature lead to the rise of the Magi, for what they did seemed to be by magic.  Thus astrology, which started out as a good science to help the people, now became just part of the sorcery of the Magi. These men of wisdom now studied the mystical universe to discern what their faithful followers should do rather than studying the natural heavens to help their neighbor.  The motions of the heavens were warped in interpretation to the end of predicting specific futures for profit and prestige, thus creating a horrifically twisted mystical art of astrology.

Famously Arthur C. Clarke said that “Any sufficiently advanced technology is indistinguishable from magic.”  He has proved to be prophetic as well as a good student of history. For in our enlightened scientific age we would think that Magi would be a thing of the past. After all modern science has brought reason in to the world and banished superstition.  But what made the Magi who they were was not their real science of discerning the motions of the heavens but rather their using this power to prop up their importance in other areas they knew nothing about. After all, they could predict the future and were men of great wisdom, thus obviously they should be able to tell us about all things and not just the narrow purview of the original science of astrology.

So it is in our own day we see modern Magi. These Magi are scientists who are so arrogant as to think that because they are gifted in the modern scientific arts they must, therefore, be the best of all men and be able to guide humanity on into the future.  They and their followers think that since scientists have been able to accomplish so much modern magic they must be able to speak authoritatively on any and all topics from theology, to philosophy, to politics, to even scientific disciplines they know nothing about.  The same arrogance and pride that afflicted the first Magi, now afflict them. For they would put themselves in the place of the gods with their mastery over the very understanding of the universe and thus overall reality.

However, true scientists would do well to mimic the example set by our ancient predecessors.  These men came from afar based on a star they had seen that fulfilled an ancient prophecy. It drove them to the west seeking proper knowledge from a foreign people who showed them the Scriptures.  These Scriptures proved true and directed these men to a little town in a foreign land where the prophesied King would be born. So likewise we scientists as modern heirs of these men should likewise heed the Scriptures and the true wisdom from on high, and see the little Child in Bethlehem for who He is, the Almighty King of Heaven and Earth.