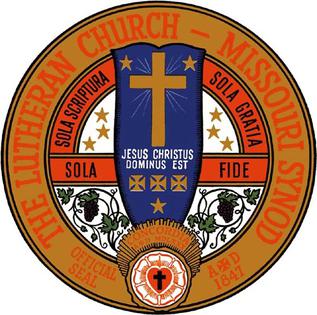 In the past week or so, congregations of The Lutheran Church-Missouri Synod have been bombarded with glossy brochures criticizing the current president of synod and his administration, and promoting their own candidates for president in 2019.  Propaganda for or against synod officials is nothing new, having been initiated by “progressive” forces in the 1935 convention, which led to the deposal of President Frederick Pfotenhauer and the election of John W. Behnken.

A number of people have asked me where these glossy brochures came from and who is behind this “change-promoting” propaganda.  It is difficult to say because the organization behind the brochures, “Congregations Matter” (hereafter CM), does not list its officers or board members at its website (www.congregationsmatter.org ).  It only lists its “Advisory Team,” who could be mere figureheads.  Most of the articles at the website are not signed, and thus should be classified as “anonymous complaints” when directed against synodical officers.  (Editors note: Congregations Matter was exposed a while back by Steadfast as simply copying and pasting old Jesus First literature, changing the names of confessional candidates but keeping the exact same charges and lies alive.)

So what can we say, at the present, about CM?  It’s clear that they want a change in synodical leadership and are targeting their complaints primarily at President Harrison and Secretary Sias.  Their rationale can be found in their many articles published at their website.  CM started publishing on the web in April 2017.  Its recent flyer indicates a return address to a mail-box at a mail shipping center in a strip mall in Naples, Florida.  Its bulk mail indicia is registered in Tomball, Texas.  Tomball, Texas was the home of at least one of the leaders of “Jesus First.”

What was “Jesus First”?  I published an article titled “What is Jesus First?” seventeen years ago that explained that “change-promoting” organization in detail (see Affirm 25 no. 2 [May 2001]:6-9; reprinted in Christian News 39 no. 22 [May 28, 2001]:1, 18, 19).  “Jesus First” (hereafter JF) was an organization formed after the 1998 synod convention.  It started publishing in print in 1999 and later was also online.  It was clear that they wanted a change in synodical leadership and were targeting their complaints primarily at President Barry, the LCMS Board of Directors, and Secretary Hartwig.  JF successfully elected Gerald Kieschnick in 2001, because Barry died in office, though they were not successful in deposing Secretary Hartwig. The newsletter titled Jesus First indicated a return address to Concordia Lutheran Church, Kirkwood, Missouri, just down the road from the synodical offices.  Their bulk mail indicia was registered in Cleveland, Ohio.  Unlike CM, JF had most of their authors sign their articles.  Unlike CM, JF listed its Publication Team, which in the beginning included:  Vernon D. Gundermann (at Concordia, Kirkwood, Missouri), Richard P. Lessmann (in northeastern Alabama), and David Luecke (in the Cleveland, Ohio metropolitan area). JF ceased publication in 2010 after the election of President Harrison, and its website has been defunct since that time.

There were other “change-promoting” organizations concurrent with JF.  Probably the best-known among synod-watchers was “Daystar,” which still has an active website (www.thedaystarjournal.com ).  Daystar started publishing online in 1999, at the same time as JF.  It advocated more radical changes than JF.  Daystar editors have been Robert Schmidt and Matthew Becker.  Their editorial board has included:  David Benke, Eugene Brueggemann, Carol Schmidt, David Stein, and Karl Wyneken.  I noticed a drop-off in the number of published articles by Daystar in mid-2017, which reduced article count continues today.  One possible explanation for this sudden change is that some of the Daystar authors started writing anonymously for CM.  There could be other explanations, such as loss of interest by the Daystar group in its causes, change of leadership, etc.

Prior to the establishment of JF, there was a change-promoting organization known as “Lutherans Alive,” which published a newsletter titled Forward.  Forward began in 1995, just prior to the synod convention that year.  It was published from 1995 to 1998, ceasing publication when JF began.  Like JF, “Lutherans Alive” wanted a change in synodical leadership and were targeting their complaints primarily at President Barry, who was elected in 1992.  Their main cause seemed to be the broadening of the LCMS traditional practice of “closed communion.” The return address for Forward pointed to “Bishop and List Interests” of Boca Raton, Florida, which was the organization that also published the Florida-Georgia district newsletter at that time. The bulk mail indicia for Forward was also registered in Boca Raton, Florida.

For those who do not know about synod’s workings prior to 1995, here is a brief recap. Prior to “Lutherans Alive,” the synod was embroiled for a triennium (1989-92) over the illegitimate deposal of Dr. Robert Preus from the presidency of the Fort Wayne seminary.  This conflict was resolved by the election of President Barry instead of the incumbent Ralph Bohlmann, though it never really resolved the injustice done to Preus, his family, and his colleagues.  From the splitting-off of the AELC in December 1976 until 1989, the synod was at relative peace with itself.  Prior to December 1976, the synod had experienced a gradual liberalization of its Saint Louis seminary and other agencies, resulting in the Seminex explosion of January 1974.  This history is detailed from the change-promoting side in:  John H. Tietjen, Memoirs in Exile: Confessional Hope and Institutional Conflict (Minneapolis:  Fortress Press, 1990) and Richard O. Johnson, Changing World, Changeless Christ: The American Lutheran Publicity Bureau, 1914-2014 (Delhi, NY: ALPB, 2018).  It is detailed from the conservative side in:  Kurt E. Marquart, Anatomy of an Explosion (Fort Wayne, IN: Concordia Theological Seminary Press, 1977), Paul A. Zimmerman, A Seminary in Crisis (Saint Louis: Concordia Publishing House, 2007), and David P. Scaer, Surviving the Storms: Memoirs of David P. Scaer (Fort Wayne, IN: Luther Academy, 2019).

Delegates to the summer 2019 convention in Tampa, Florida can begin to prepare for the convention by reading some of these books.  Though not a delegate, I look forward to reading Scaer’s memoirs for new insights into this history!