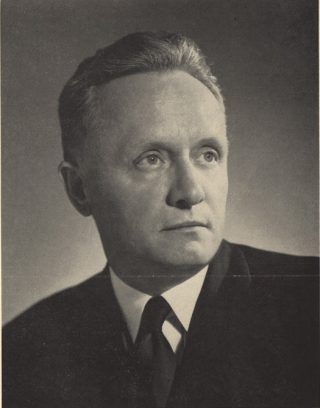 Many and contradictory statements have been made to explain (the) drastic declines (in the birth rate), but no reasonable doubt remains that the most pronounced factor in the diminution of our American families is the employment of artificial means to restrict the size of the family, the practice of birth control, as the term is commonly understood.

This is not a pleasant subject for investigation and discussion, but it is one of the most vital issues in our modern life; its consequences directly involve national and individual welfare. To decline the discussion of its admittedly wide prevalence is merely to adopt the alleged head-hiding gesture of the ostrich. To raise horror-charged hands and refuse to consider its practice because of the obvious difficulties which this debate may involve would be unworthy adherence to the line of least moral resistance…

The first line of attack usually starts with the assertion that, without placing some restriction on the normal propagation of the human race, the world will soon be overpopulated.

Actually, this claim plays little part in the practice of birth control. Entirely different motives are decisive. Edwin Grant Conklin of Princeton, in his Heredity and Environment (p 320), admits: “No one denies that the chief motive for limiting the size of families is personal comfort and pleasure rather than the welfare of the race.”… The overpopulation bugaboo has been repeatedly urged, especially since the days of Thomas R. Malthus, and English clergyman…

While none of the advantages urged by birth control advocates for children, parents, and human society have any foundation, in fact, its claims are emphatically contradicted on a number of decisive and far-reaching counts. First of all, it is physically injurious. When motherhood is deliberately avoided, we may have an explanation for many physical failings as well as for the constitutional weakening of many women. This verdict of Dr. Frederick McCann, a surgeon at the Samaritan Hospital for women in London and recognized gynecologist, declares with sweeping finality: “The injurious effects of these contraceptive methods are at last appearing in medical literature… All known methods of contraception are harmful to the female; they only differ in being more or less so.” (National Life, March, 1931.)…

An Outrage Against Nature

Birth control must be further indicted because it is an unnatural interference with the processes of nature. We can not laugh this objection away by a sarcastic jibe and say: “If birth control is unnatural, so is cooking, shaving, and wearing glasses; so are houses, radios, and airplanes.” These comparisons are on an entirely different plane and involve no moral or primary issues. But the love of children is an elemental gift of nature, and for Christians, this gift is sanctified by the high and holy regard which their faith places upon childhood. Interference with these natural fundamentals must provoke a cataclysm of tremendous proportion… Birth control teaches intelligent men and women to do what the lowest animal avoids. Man, God’s masterpiece, selfishly violates the sacred law of his Creator. We may well harken to the words of Dr. William Gerry Morgan, who declares: “To establish the habit of thwarting nature is, in the long run, a dangerous practice and  invariably leads to moral degradation and disaster.”

The third charge is moral degradation. Birth control must be condemned because, immoral, it promotes immorality. In emphasizing a way of escape from the consequences of marriage, it has of course thrown open the door to licentiousness by reducing the unwelcome consequences of promiscuous relations before and after marriage. If it were possible to put into various categories the causes which have contributed to the immorality and delinquencies of our day, it would be seen that one of the most potent impulses that pushes the saga of American morals to increasingly lower depths is the insistent and increasing practice of this prevention. … Miss Gwen Bristow of the New Orleans Times-Picayune admits: “The modern girl does not have to be pure because she knows how to avoid the disastrous consequences of being otherwise…”

With these antecedents, we can understand that birth control ultimately helps to sow the seed of discord and promote divorce. This is no bete noir, the phantasy of petrified theological pessimism, but once more a stern and stark reality. In Dr. G.M. Bruce’s Marriage and Divorce interesting tables on the relation of childlessness and divorce are presented with this comment: “They show that childless marriages lead most frequently to the divorce court.”…

This denunciation has been voiced in the warnings of a well-known jurist. Supreme Court Justice Lewis of Brooklyn, in a survey of sixty-four undefended divorce cases that came before him in a single day, discovered that there was but one child for every two couples and that these marriages had lasted on the average fewer than three years. Justice Lewis concludes: “…Childless homes are responsible for the almost complete absence of real home-life… I cannot help but reach the conclusion that, if our women had children, there would be more happiness and fewer divorces. Presence of children attracts the husband to his home and keeps the mothers from the gossiping neighbors and bridge parties. Absence of children promotes discord. Their presence makes for harmony…”

Lo, children are a heritage of the Lord,

And the fruit of the womb is His reward.

Thy wife shall be as a fruitful vine by the sides of thine house,

Thy children like the olive-plants round about thy table.

In Prov. 31, 28 children are mentioned as part of the virtuous woman’s household. If it is objected that these are Old Testament passages, attention is called to these utterances of the New Testament: 1 Tim 5:10, where it is stated that those aged widows who “brought up children” received support from the church; 1 Tim 5:14, where the apostle directs the younger women (the widows) “to marry, bear children”; 1 Cor 7:14, which illustrates God’s gracious interest in His children’s children; and particularly Mark 10:14, where the Savior of the race utters His memorable “Suffer the little children to come unto Me.” In spite of the sophistry of extended argumentation, not a single passage can be adduced from Scripture which in any remote way condones birth control; and no one who is acquainted with the attitude of the Bible should have any hesitancy admitting that birth control is a definite departure from the requirements of Scripture. See Gen 38:9-10.

The Attitude of Modern Churches

…No ecclesiastical disparagement of the divine gift of children and of the nobility of parenthood can justify birth control. As a matter of fact, however, the great body of Christians throughout the world is deliberately opposed to this practice. The Roman Catholic Church has repeatedly voiced its uncompromised denunciation of birth control. The Lutheran Church is definitely arrayed against this birth restriction.

“Allentown, Pa, June 4, 1931. The Lutheran Ministerium of Pennsylvania, comprising 594 congregations, with a membership of 198,000, adopted a resolution to-day urging the United Lutheran Church to withdraw from the Federal Council of Churches of Christ in America because of the stand taken by the council (in favor of) birth control and divorce.”

In the face of deplorable concessions to this theory of family limitation, the Church must maintain its emphatic avowal of Christian marriage as God’s institution for the propagation of the human race. It must insist that, whenever the divine blessing “Be fruitful and multiply” is willfully evaded for selfish purposes and through the employment of means and methods suggested by birth control, divine displeasure is invoked and the far-reaching nemesis of God’s retributive justice ultimately metes out its measure of inevitable judgment….

Young couples sincerely concerned about the practical issues that touch upon their own family life and marital relations and disquieted by the thought of abnormally large families and the resultant inability to provide adequate means and cultural growth of their children, should not permit themselves to be disturbed by the alarmist literature of birth-control propaganda. Instead, let them consider these five fundamental facts: —

First of all, the specter of a prodigal nature that spawns out children and that almost mechanically brings babies year after year in uninterrupted succession is not the picture of nature as it exerts its influences in the present affairs of our lives. There are bounds limits to fertility which are regulated by subtle and sometimes indiscernible factors…

Then, it dare not be overlooked that “children are a heritage of the Lord,” the gift of His rich and undeserved mercy. Thousands of Christian couples have learned by sad and personal experience that this heritage has not been theirs, and in spite of the most intense desire and the most fervent prayer, they have been denied the rich blessings from which other short-sighted couples flee in aversion. No child is born without the will and direction of God, and every child that is born into a Christian home is under all circumstances the embodiment of a rich and divine benediction.

In the third place, it should be emphasized that there may be certain unobjectionable, if not infallible, means that will help regulate the size of a family. Christian physicians can offer sound and helpful advice to young couples in this respect who entirely spurn the artificial methods of birth control. The Church has never protested against the employment of those means which the course of nature itself seems to provide unless their employment is a selfish attempt to evade the responsibilities of parenthood.

The Church also calls attention to the practice and development of continence, self-denial, and restraint. And while this imposes a Herculean struggle on those who scorn the spiritual forces of Christianity, those who take recourse to the power of effective prayer find a sustaining ally in the strength of their faith.

Finally, the Church says that in the infrequent and exceptional conflicts between childbirth and maternal health the Christian conscience must seek pastoral advice and the counsel of a Christian Physician.

With all this, the unusual consideration must be extended to those who not received the heritage of the Lord from their heavenly Father. No finger of scorn should be pointed at them, no whispers of suspicion raised behind their backs. They should receive the sympathy which Scripture extends to its Hannahs and Sarahs…. I offer the following personal record written by a “mother of adoption” in the Walther League Messenger for September, 1934…

“To my way of thinking there is no greater satisfaction in life than that which comes from having children, helping them grow into God-loving and worth-while, healthy-bodied and healthy-minded young men and women, teaching them self-control, cooperation, thoughtfulness, and usefulness. A mother may be ‘dog-tired’ at the end of each day, so that she goes to sleep almost before she gets both feet in bed. But for real satisfaction, for a constant source of happiness and a worth-while object in life, there is nothing that compares with rearing children. The author who writes a prize novel, the painter who paints a masterpiece, the architect who builds the most beautiful structure in the world, cannot begin to compare his work with that of the father and mother who, with God’s help, mold a tiny life that some day may influence thousands and whose immortal soul will one day shine as a star in the everlasting firmament of God’s New Jerusalem, when all the perishable masterpieces of men will have crumbled into dust.”

Transcribed up from Dr. Maier’s book, “For Better and Not For Worse”, any errors are due to the transcription.

Rev. Dr. Walter A. Maier previously served as speaker for The Lutheran Hour, executive director of LCMS Youth Ministry/Walther League, and a professor at Concordia Seminary, in Saint Louis, Missouri.

Certainly, this guest posting by a sainted father in the LCMS who was so zealous for the Gospel and devoted to his service as Speaker and Professor is timely and good to read.