“FOR THE LORD’S SPEAKING OF HIS WORDS”

That’s what Dr. Norman Nagel says is going on in the Divine Liturgy when: “The Lord be with you,” is spoken by the presiding minister, the man put there as the 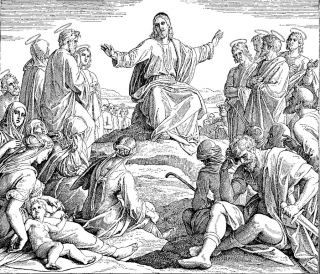 instrument for the Lord’s speaking of his words.”[1]

I fondly remember hearing Dr. Nagel speak to us about this important and one of the oldest liturgical parts.  He emphasized that this is an important exchange in the Divine Service and we should convey to the people the meaning so they too can understand, grasp and benefit from its blessings.  Thus, this encouragement that we teach to all who would listen to join us in this divine dialogue.  He expressed that basically the minister is declaring to the assembled that he is the called and ordained servant of the Word that will be speaking the words that follow on the Lord’s behalf.  And the people’s response acknowledges this “And with thy spirit” or “And also with you.”

This occurs in our Divine Service settings three times.  It first takes place in the Salutation to the Collect.  It next appears in the Preface to Holy Communion.  Then finally, in the Salutation.  To most of our people, it may simply appear to be nothing more than a simple greeting, but it much more than that: “it is indicative of the special relationship between the minister and the congregation.  It has been called “The Little Ordination.”[2]

Thus, in each of these three occasions it is expressing to all to hear, believe and confess that this man who is speaking/chanting “The Lord be with you” is placed there by the Lord Himself to be the Lord’s mouth in this moment.  The words that follow this are the Lord speaking, the Lord serving, the Lord giving.  Nagel expresses this well: “The Lord is serving, giving out his gifts.  His gifts are given with the words that carry and bestow what they say.  That is the way of his words.  They are alive with his Spirit, who with the gifts thus worded to us creates and nourishes faith.”[3]

These very words “The Lord be with you” are Scriptural: Judg. 6:12; Ruth 2:4; Ps. 129:8; Luke 1:28; 2 Tim. 4:22.   From the earliest usage of this phrase, we glean clearly that it is the affirmation of a man’s invocation of the Lord’s name for the blessings of the hearers.  Proper exegesis of these passages sees this consistency throughout the Bible.

Exemplary here is its usage in Ruth 2:4.  Wilch in his Ruth commentary connects all this up well for us: “Behind the form used by Boaz stood that promise of the Lord basic to all his commitments: “I am/will be with you!”  Although God may also be present to judge, through his appointed means of grace he confers his salvation, and for believers, his continual presence is a constant comfort and source and hope against all difficulties.  His OT promise is fulfilled in the incarnation of the Lord Jesus, Immanu-El, “God with us” as in Ruth 2:4.  Our Lord remains with us, forgiving our sins and granting us faith and salvation, through Holy Baptism in the triune name and the proclamation of his Word according to all that he has commanded.”[4]

When we catechize those who are not aware of why this phrase’s usages are included nor their meaning, we do a most blessed thing.  We link them to our early church brothers and sisters in affirming the Lord present among us to bless us with His words of grace.   Prayerfully for most of them who learn this, worship will never be the same for them.  Each time they hear and make the exchange in the Divine Service all three times, they will listen more intently to the Lord speaking words of grace and forgiveness of sins for them through His chosen man.