Originally, the Augsburg Confession was not the core of catholic (universal) doctrine which we possess today. The original plan, named the Torgau articles, was to treat the following subjects: Human doctrines and ordinances, Marriage of Priests, Both Kinds, Mass, Confession, Power of Bishops, Ordination, Monastic Vows, Invocation of the Saints, German singing, Faith and works, office of the Keys (Papacy), Ban, Marriage, and Private Mass.[1]

Melanchthon wrote in the preface of the Torgau Articles: “Now the disagreement is primarily about certain abuses, which have been introduced through human doctrines and opinions. We intended to report and demonstrate in an orderly manner

for what reasons My most Gracious Lord has allowed some abuses to be set aside.”[2]

Everything changed at Augsburg. When Melanchthon and Elector John arrived, a new publication had hit the streets. Penned by John Eck, these four hundred “articles” or theses accused the Evangelicals of all sorts of abominable and disturbing beliefs and practices.

For example, Eck accused Luther of being an Arian in Article 82. In Article 86, Eck slandered Melanchthon of teaching that “God wills sin.”[3] And again, Eck defamed Luther when he claimed that “the Gospel was not preached as clearly and purely in the age of the apostles as it is by me” in Article 103.[4]

There were also other great slanders against the Reformers. For example, Melanchthon was accused of teaching a primitive sort of communism: “Holding all things in common is commanded in the New Testament.”[5] Luther himself was believed to be a warmonger and seditionist: “It is proper and in keeping with God’s Word that rebellion and tumult be stirred up.”[6] 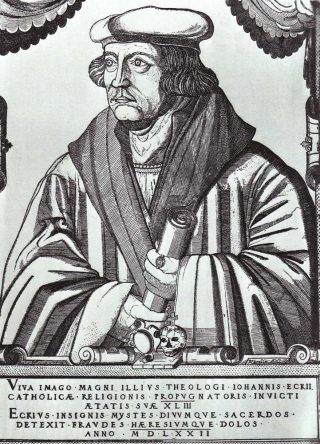 The Evangelical party no longer simply had to prove that their correction of certain abuses was legitimate. They had to confess that they were, in truth, Christians. They had to dispel the shadow of scandal which lay even over the fundamental articles over which there was no disagreement, like the Trinity, the sacraments, the role of the government, and the origin of evil.

It is a wonder that God can bring forth good even from evil intentions. Eck’s 404 articles attempted to slander the Evangelical faith and to demonize those who preached, taught and confessed it. But these insults impelled the Reformers to make a fuller, more complete Confession than they had originally intended.

[1] Historical Introduction to the Book of Concord, pg. 15.