Today we are going to talk about preachers.  The Bible has many names for them: pastors, teachers, preachers, elders, bishops, even angels.  Our text for today uses the word minister, which means servant.  What God requires of his ministers and what people want from their ministers is not necessarily the same.  God wants ministers who administer faithfully what belongs to God.  A steward, or manager, doesn’t own what he manages.  He takes care of what belongs to someone else.  The mysteries of God belong to God.  The gospel and the sacraments of Christ belong to Christ.  They come from Christ.  They give Christ to us.  They tell us of him and his saving work. 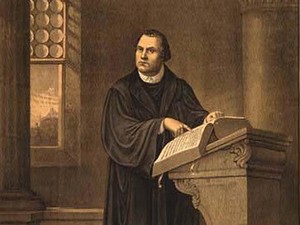 The church’s first ministers were sent personally by Jesus.  They were called apostles.  The word, apostle, means one who is sent.  Subsequent ministers were also sent, but not personally by Jesus.  Rather, they were chosen by the church.  Since the ministry belongs to the church, when the church chooses qualified men to serve in this office it is Christ who chooses them.  In Acts 20:28, St. Paul tells these men what they are supposed to do.  He writes:

Therefore, take heed to yourselves and to all the flock, among which the Holy Spirit has made you overseers, to shepherd the church of God, which He purchased with His own blood.

A minister is a steward of God’s mysteries.  The mysteries of God are those wonderful truths of our Christian religion that go beyond anyone’s ability to comprehend.  We can speak of these mysteries.  We can identify what they are.  We can use words that explain these mysteries.  But the Bible calls them mysteries because we cannot understand how they can be true.

The greatest mystery is the mystery of the Holy Trinity.  God is one.  There is only one God.  Yet God is three distinct persons: the Father, the Son, and the Holy Spirit.  This sacred mystery is essential.  This is why the faithful steward of God’s mysteries will teach this mystery and warn his parishioners about false teachers and false churches that deny the Holy Trinity.  The reason we cannot acknowledge the Jehovah’s Witnesses, the Mormons, the United Pentecostals, the Unitarians, or any other group that denies the Trinity as Christians is because in rejecting the Holy Trinity they reject God.

The second greatest mystery is the mystery of the incarnation of God.  Jesus Christ is true God and true man.  This is what we celebrate on Christmas.  John the Baptist proclaimed him.  This doctrine, more than any other, offends human reason.  How can God become a man?  And why would he become such a humble man?  Jesus encourages his ministers not to be offended by his lowly appearance, but to preach God’s incarnation, obedience, suffering, death, and resurrection as the salvation of sinners.

The mysteries of God are for our salvation.  They are not negotiable points of doctrine that we can take or leave according to our pleasure.  No!  God reveals his mysteries to enlighten us and lead us on the path to eternal life.  Other mysteries of the faith are that we are born again to eternal life by the washing of Holy Baptism, that we eat and drink the true body and blood of Jesus Christ for the forgiveness of sins in the Lord’s Supper, and that, on the last day, these dying bodies in which we live will be changed into glorified bodies that cannot suffer or die.  We can confess that these mysteries are true.  We cannot explain how they are true.

The minister of Christ is to proclaim these mysteries.  He is to teach them, defend them, explain them, and preach them in good times and bad.  A minister of Christ submits to the authority of Christ.  He is Christ’s servant.  He does what Jesus tells him to do.  Jesus spoke to all pastors of the church when he said to Peter, “Feed my sheep.”  The sheep aren’t the minister’s.  They are Christ’s.  The minister doesn’t enlist people to trust in him, to obey him, to follow him, or to be loyal to him.  He teaches them to trust Christ, obey Christ, follow Christ, and be loyal to Christ.  If he seeks followers for himself, he is no minister of Christ.

The apostle Paul knew that he was being judged.  People judge ministers.  That’s the way it is.  A man can’t get up and preach and expect folks not to judge.  While it is religiously fashionable to reject all judging as unchristian and unkind, there is nothing we enjoy doing more than judging one another.  Judging pastors is an especially popular sport.

One thing I learned very quickly in the ministry was that when folks come to you to badmouth your predecessor, it won’t be long before you are the target of their criticism.  People enjoy judging.  It makes them feel good about themselves.  Jesus said, “Judge not, lest you be judged.”  Standing in judgment of another is God’s job.

St. Paul addresses this in our text.  He writes:

But with me it is a very small thing that I should be judged by you or by a human court. In fact, I do not even judge myself. For I know nothing against myself, yet I am not justified by this; but He who judges me is the Lord.

Paul is not saying that he is unaware of any sin he has committed.  We Christians sin daily and daily we confess our sins to God who graciously forgives us all our sins for Christ’s sake.  He is saying that he knows of nothing that would disqualify him from serving as a minister of Christ and a steward of the mysteries of God.  This doesn’t justify him before God.  It means that nobody can point to his life as an argument against his teaching.

If there is something in the life of the minister that would discredit him in preaching publicly God’s word, then he shouldn’t be publicly preaching God’s word.  St. Paul writes in 1 Timothy 3,

A bishop then must be blameless, the husband of one wife, temperate, sober-minded, of good behavior, hospitable, able to teach; not given to wine, not violent, not greedy for money, but gentle, not quarrelsome, not covetous; one who rules his own house well, having his children in submission with all reverence. (1 Timothy 3:2-4)

The only aptitude mentioned is the ability to teach.  Every other requirement has to do with a man’s conduct.  A man who cheats on his wife, who gets drunk, who is violent and greedy is unfit to serve as a minister of Christ.  The judging that our Lord forbids us to engage in is not the kind of judging that keeps unqualified men out of the pulpit.  It is the judging of the heart, of the motives, of things that only God can see.  That’s why St. Paul writes:

Therefore judge nothing before the time, until the Lord comes, who will both bring to light the hidden things of darkness and reveal the counsels of the hearts. Then each one’s praise will come from God.

Only God can judge the heart, whether of the ministers who preach or the Christians who listen to the preaching.  Only God knows what is inside of us.  We can judge what we hear.  It is our duty to do so.  That your pastor is a faithful steward of the mysteries of God is not only your business; it is your duty to see to it.  St. Paul warns us about preachers who teach false doctrine.  He writes in Romans 16:17-18,

Now I urge you, brethren, note those who cause divisions and offences, contrary to the doctrine which you learned, and avoid them.  For those who are such do not serve our Lord Jesus Christ, but their own belly, and by smooth words and flattering speech deceive the hearts of the simple.

The urgency in avoiding false teachers and false teaching comes from the fact that the way God saves sinners is by teaching them the true gospel.  The reason the steward of God’s mysteries must faithfully administer them is not for his own benefit.  It is for the benefit of the people he serves.  Jesus said,

My sheep hear my voice, and I know them, and they follow me, and I give them eternal life, and they shall never perish; neither shall anyone snatch them out of my hand. (John 10:27-28)

It is a matter of eternal life for Christ’s sheep that they hear his voice.  Hearing his voice is how they receive eternal life from him.  This is why Jesus has established the preaching office in his church and why he sends ministers to administer his saving mysteries.  He wants his sheep fed with the words that bestow eternal life.

He who purchased the flock with his holy, precious, blood and his innocent suffering and death is he who, risen from the dead, feeds that flock through the ministry of his ministers.  It is Christ’s ministry.  It is his word that has the power to save those who believe it from their sins and from death and hell.  When the preachers preach Christ crucified for sinners, it is God himself who works in the hearts of sinners the faith to receive Christ and the forgiveness he alone can give.  When that happens, the ministry of Christ serves the purpose for which it was established.  It isn’t to give religious people religious stuff to do.  It is to save sinners.  To know that Christ saves us poor, undeserving, sinners by revealing his saving mysteries to our faith is to know why the stewards of these mysteries must be faithful in their stewardship.

Pray for Christ’s ministers.  Pray that God give them a love for his truth and a love for those to whom God has called them to preach it.  Amen