“And the Government Shall Be upon His Shoulder” (Isaiah 9:2-7)

About 26 days from now, we’re going to have a change in our government. A new president will take the oath of office, and a new administration will take over. For some people this will be a welcome change; for others, it will mean weeping and gnashing of teeth. But in any case, there will be a new president, and the weight of the White House will rest upon his shoulders. 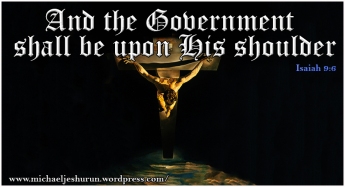 Well, I’m here to tell you today, the most important change in administrations has already taken place, and it happened about 2,016 years ago. That’s when a new king was born, a king whose reign surpasses all others. And the good news is, you belong to his kingdom. “For to us a child is born, to us a son is given.” “And the Government Shall Be upon His Shoulder.”

Our text is the reading from Isaiah chapter 9. It was written centuries before Christ, but it predicts Christ’s coming. It starts in the darkness: “The people who walked in darkness have seen a great light; those who dwelt in a land of deep darkness, on them has light shined.” And there were certainly dark times for God’s people at the time of Isaiah. There were and would be threats from outside the nation, from Syria, Assyria, and later, Babylon. But the worse darkness was that in which the people themselves walked and dwelt. They had lost their way, tuned out God’s word, and were wandering around in the dark, in spiritual darkness. That is the situation Isaiah is describing and into which a light would shine.

How is it for us? We certainly live in a world of darkness. The culture around us is groping around in the dark, not knowing what the right ways are. We live in a time of moral darkness, in which good is called evil, and evil good. We shouldn’t be surprised, then, when the people of this world display their departure from God’s ways. It’s a little more distressing, though, when we see people in the church doing so. And the church does get influenced by the culture, and that’s sad to see. Even when it seems relatively mild.

For instance, just this past week I saw a quote from a supposedly Christian writer giving a “shout out” to churches that are canceling services for Sunday–that is, today, Christmas Day. He doesn’t like it when churches “steal” Christmas. Now how backward is that? First of all, it’s Sunday, the Lord’s Day, when Christians have always had church for 2,000 years. And on top of that, it’s Christmas, literally, the “Christ Mass,” the high festival celebrating the Nativity of Our Lord. Christmas is celebrated most properly by going to church! However, a recent study found that while 92% of Americans say they celebrate Christmas, only about half of them attend a religious service on Christmas Day or Christmas Eve. Somehow Christmas has gotten morphed into a secular event about opening presents and playing with toys. Sadly, even some Christians think that’s what it’s about. Oh, not that there’s anything wrong with opening presents. It’s just a matter of priorities, of what’s primary and what’s secondary. The greater gifts that people receive are found right here in church.

So the world lies in darkness, and that darkness even creeps into the church–as a matter of fact, into you and me. Yes, we let the darkness cloud our vision and obscure our sight. How have we departed from God’s ways? Can you take an inventory in your own life? I know I could compile a list. How about you? Well, Isaiah tells us that the light is coming. The light to lighten our darkness. A great light. And the apostle John tells us more about this light. It is Jesus Christ, the light of the world. “In him was life, and the life was the light of men. The light shines in the darkness, and the darkness has not overcome it. . . . The true light, which enlightens everyone, was coming into the world.” And this is the day it happened, on that first Christmas long ago. “And the Word became flesh and dwelt among us.” The Son of God, the light of the world, became one of us.

And he became flesh, he became our brother, to give us the light we need. He dwelt among us, so that we would no longer dwell in darkness. This is the fulfillment of what Isaiah was talking about.

This is a cause for joy! Lord, we praise you for what you have done! “You have multiplied the nation; you have increased its joy; they rejoice before you as with joy at the harvest, as they are glad when they divide the spoil.” The coming of the Christ brings great joy.

Why? Because of what the Lord has done for his people Israel: “For the yoke of his burden, and the staff for his shoulder, the rod of his oppressor, you have broken as on the day of Midian.” Midian was an ancient foe of Israel, and the Lord had delivered his people from that enemy. Now in an even greater way, the Lord has loosed us from our oppressors, from our enemies. Their names are sin, Satan, and death. God has lifted that yoke off our necks. Christ has borne the burden for us, carrying the guilt of our sins to the cross. The enemy’s power and hold over us is broken, as evidenced by Christ’s resurrection. And now Jesus says to us, “Come to me, all you who are weary and heavy laden, and I will give you rest.”

The war is over. “For every boot of the tramping warrior in battle tumult and every garment rolled in blood will be burned as fuel for the fire.” The war is over. Christ has won the victory. Peace will prevail in his kingdom.

That’s what Christmas is about, the establishing of his kingdom. “For to us a child is born, to us a son is given; and the government shall be upon his shoulder.” This baby boy, born in Bethlehem’s manger, is taking up his throne. That manger is a king-size bed, just the right size for a king who will rule through humility.

Israel and Judah had had a lot of kings by the time of Isaiah. Some of them were good, but many of them were bad. Even David and Solomon had their weak spots. But Isaiah here is looking ahead to a king and a kingdom that will excel them all. “For to us a child is born, to us a son is given; and the government shall be upon his shoulder, and his name shall be called Wonderful Counselor, Mighty God, Everlasting Father, Prince of Peace.” Here is your king, O people of God! Born this day in David’s town. Those little shoulders will one day bear the weight of the world’s sin. Hefting a weight heavier than when Atlas held the world on his shoulders, only Jesus, the Lamb of God, could take up and take away the sin of the world. Yours included!

What a king he is! Listen to these titles: “Wonderful Counselor”: Jesus is the embodiment of divine wisdom; he is the Word made flesh. “Mighty God”: Jesus brings the might of God to bear on all our foes and routs their forces for us. “Everlasting Father”: Not that Jesus is the same as the Father, but he is the eternal Son of God, in perfect communion with the Father, who reveals God to us.

“Prince of Peace”: Ah, peace! How we long for that in our world! How we long for peace in our souls! And Jesus is the Prince of Peace. “Peace I leave with you; my peace I give to you. Not as the world gives do I give to you. Let not your hearts be troubled, neither let them be afraid.” Jesus made peace for us. It is an objective fact. He made peace in his body on the cross, removing the barrier between us and God. This is the peace that Jesus gives. It’s all right. You are all right with God, and that puts everything else in perspective. Peace, man! Peace, woman! Peace, my brothers and sisters in Christ! Christ your king makes it so.

“Of the increase of his government and of peace there will be no end, on the throne of David and over his kingdom, to establish it and to uphold it with justice and with righteousness from this time forth and forevermore.” Now I don’t know about you, but I’m kind of tired of our ever-increasing government. The government has gotten too far into our lives and into our pocketbooks. But when we’re talking about Christ’s government–that I don’t mind! In fact, I love it! I love it when his kingdom expands and increases and flourishes among us, and more and more people come into his kingdom of grace and have their lives ruled by it. This is a good thing! This is the best thing!

And it will last, as Isaiah says, “forevermore.” Christ’s kingdom is an everlasting kingdom, and you will be part of it. Death is not the end for our king’s subjects. Life, eternal life, opens up before us. Life and peace and joy and salvation, in a renewed and restored creation, with all the saints of God, all who have trusted in this king who conquers by the cross. 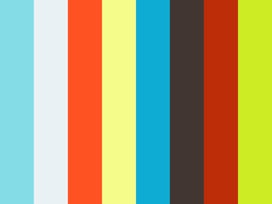 Isaiah has been foretelling a lot these days. So many prophecies from Isaiah we’ve been hearing lately. It should come as no surprise, then, that Isaiah should tell us about the child born to us this day, the one who would have the government on his shoulder.