“On the Eighth Day of Christmas: The Circumcision and Name of Jesus” (Luke 2:21)

That’s what our text says, the Holy Gospel for this day, Luke 2:21, which reads again as follows, “And at the end of eight days, when he was circumcised, he was called Jesus, the name given by the angel before he was conceived in the womb.” Just one verse, the shortest reading for any Sunday or festival in the church year. Just one verse, but this text speaks volumes about God’s true and profound love for us in Christ. And so our theme for this New Year’s Day, “On the Eighth Day of Christmas: The Circumcision and Name of Jesus.”

The act of circumcising a male child was a sign showing that the sinful nature passed down from our first father Adam had to be dealt with. It needed to be “cut away,” if you will, in order for us to be right before God and live in a covenant relationship with him.

Jesus, the Son of God come in the flesh, conceived by the Holy Spirit and born of the Virgin Mary–Jesus had no inherited sinful nature to be dealt with. He was born without sin. Yet he receives the sign of the covenant in his flesh. For Jesus is the fulfillment of that covenant. He bore our sins in his body and so took them away. God would deal dramatically and decisively with sin in the death of Christ on the cross. It is by him, through faith in Jesus Christ, that we come into the new covenant of righteousness, redemption, and the remission of sins.

On the eighth day, when Jesus is circumcised, he receives the sign of the covenant and, at the same time, he is fulfilling the law on our behalf. Already, at eight days old, Jesus is living in obedience to the law that God had established. Christ’s perfect obedience, throughout his life, fulfills the law for us.

This, in contrast to our many times breaking God’s law. How often do we break God’s commandments in thought, word, or deed? Too many times to count. By our actively doing, thinking, or saying the wrong thing, we show ourselves to be sinners. By our failing to do, think, or say the right thing, we likewise show ourselves to be sinners. So our righteousness will not cut it when it comes to being right before God.

But Christ’s righteousness does cut it. His obedience to God’s will does pass the test. He’s the only one who does. There is no one else who has always done the right thing, said the right thing, and thought the right thing. Jesus came to do the will of his Father, and he did it perfectly. As the Messiah, Jesus fulfilled what the psalmist prophesied: “Behold, I have come; in the scroll of the book it is written of me: I desire to do your will, O my God; your law is within my heart.” That’s Jesus, and he starts that life of obedience to God’s will even here in his circumcision on the eighth day. And that obedience will carry him all the way to the cross. “He humbled himself and became obedient unto death, even death on a cross.”

Jesus’ keeping of the law on our behalf is redemptive. It atones for our disobedience, sets us free, and changes our status. Galatians 4 tells us: “When the fullness of time had come, God sent forth his Son, born of woman, born under the law, to redeem those who were under the law, so that we might receive adoption as sons. And because you are sons, God has sent the Spirit of his Son into our hearts, crying, ‘Abba! Father!’ So you are no longer a slave, but a son, and if a son, then an heir through God.”

Jesus redeems us by his holy precious blood. Because he is the very Son of God, his blood has infinite, universal power, able to cover and atone for the sins of the world. And his circumcision on the eighth day is the first time that Jesus sheds his blood on our behalf. Later, years later, there will come another day–Good Friday–when his shedding of blood will reach its goal, when Christ is crucified for our sins. St. Peter says that we were redeemed, “not with perishable things such as silver or gold, but with the precious blood of Christ.” Christ gets on that redemptive mission right away, already here in his circumcision.

So Jesus, on his eighth day, is circumcised. He receives the sign of the covenant in his flesh. He fulfills the law on our behalf. And he sheds his holy blood for us, beginning what he will bring to completion on the cross. Here, already at eight days old, Jesus is doing what he came to do.

You know, sometimes parents pick out a name for their child because of some family member they wish to honor. Sometimes they choose a name that is trendy or fashionable, or they name the child after some famous celebrity that’s popular at the time. But that’s not how Jesus got his name.

No, Jesus’ name was divinely ordained. Picked out in advance by God. Our text says that on the eighth day “he was called Jesus, the name given by the angel before he was conceived in the womb.” What’s that about? What’s that referring to? Well, a little over nine months earlier, the angel Gabriel had told the Virgin Mary, “And behold, you will conceive in your womb and bear a son, and you shall call his name Jesus.” So this name, “Jesus,” was not some random choice. Mary did not pick out this name because she liked the sound of the syllables. No, an angel from God told her to name the child “Jesus.”

Now the name “Jesus,” in the original Hebrew, is “Yeshua,” which in turn is short for “Yehoshua.” It’s the same name as “Joshua,” really. And so “Jesus” would not have been an uncommon or unique name among Jewish baby boys at the time. For Joshua was one of the great heroes from Israel’s past. Joshua was the one who succeeded Moses as the leader of the people. Joshua was the one who led them into the Promised Land.

Well, now here comes one greater than Joshua. This Jesus is the one who will lead us into the Promised Land of heaven. Jesus gives us rest from all our foes. And we will live long in this land, the land of the living, a land flowing with milk and honey and abundance on every hand. Jesus is our Joshua, who leads us into eternal life. 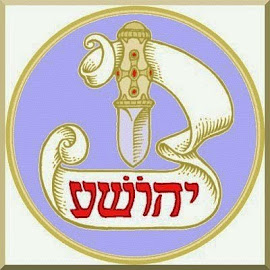 And this name, “Jesus,” what does it mean? You know, many of the Hebrew names in the Bible have a meaning. And this one is no exception. The name “Yeshua” or “Yehoshua” literally means “Yahweh saves,” “The Lord saves.” So Jesus’ name is also his job description. His name tells us what he came to do, which is to save us, to be our Savior.

Our sins, that’s what we need saving from most of all. For those sins of ours would accuse us, condemn us to death, send us to the grave, and pronounce God’s judgment upon us for eternity. And that’s all there would be, for even the best of us, if not for God sending us a Savior. And with the giving of his name, we know who it is. It’s Jesus, “The Lord saves.”

It happened on this day, the eighth day of Christmas. In our calendar, that’s January 1, New Year’s Day. How appropriate! We enter this year, we begin the year 2017, with the name of Jesus at the forefront. And this year is a very auspicious one, particularly for us Lutherans. This year, 2017, will mark the 500th anniversary of the Lutheran Reformation, which began in 1517 and changed the course of history. As we celebrate the Reformation this year, we’re reminded, “It’s still all about Jesus.” That’s what Martin Luther was fighting for. That’s still the focus and heart and center of our faith: namely, the person and the work of Jesus, the Savior of the world. Let Jesus be the name that will carry us forward this year, as a church body, as a congregation, and in each of our homes and lives.

For on the eighth day of Christmas, God’s true love gave to all of us the best gift of all: a Savior, circumcised, named, crucified, risen, and coming again, namely, Jesus Christ our Lord.