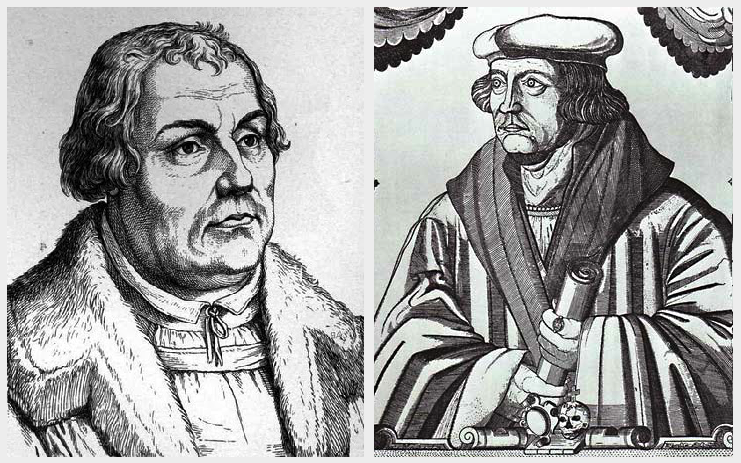 Philip Melanchthon, author of the Augsburg Confession, sat in Augsburg in early May of 1530 pondering the details of his defense of the Lutheran position to be presented before Emperor Charles V at the upcoming Diet. His contemplation was brought to an abrupt halt when placed before him were Johann Eck’s 404 Theses. The Theses were a series of half-truths, out of context quotes, and flat out lies, not unlike some of the letters to Convention delegates recently circulated in the Lutheran Church–Missouri Synod. The Theses painted Luther as a heretic and were designed to dash any hope of theological agreement between Emperor Charles V and the Lutherans (and other Protestants who were invited to the Diet as well).  Eck insisted, among many other things, that the Lutherans had rejected ordination and were allowing laymen to act as Priests.1 Of course this was a falsehood and abhorrent to the Lutherans. In a sense, we can thank Eck for this, because it prompted Melanchthon to add Article XIV to what in less than two months would be professed before the world as the Augsburg Confession:

Our churches teach that no one should publicly teach in the Church, or administer the Sacraments, without a rightly ordered call.

Oddly, the LCMS has been inching its way towards the very thing Eck fallaciously described. While we haven’t abandoned ordination, we do allow laymen to function as pastors, without a rightly ordered call. Dr. Naomichi Masaki, in a 2006 Concordia Theological Quarterly article, does a masterful job of addressing this topic.2 While it’s beyond the scope of this post to address all of the issues Dr. Masaki covers, let’s hit a few of the high points of his article, which is titled “Augsburg Confession XIV: Does It Answer Current Questions on the Holy Ministry?”

The first portion of Masaki’s article covers two and one-half decades worth of convention decisions. This long-term view reveals a gradual expansion of theological error as CTCR reports are followed by committee reports followed by convention decisions that, little by little, move away from a sound doctrinal position. In this case, it’s a move away from a confessional view of the Office of the Holy Ministry towards one where layman perform roles previously (and Scripturally) reserved for the pastor. As Masaki relates, an everyone-a-minister mindset gradually developed in the 1950s. Lay ministry training institutes began to pop up, and multiple LCMS districts began to offer lay ministry programs. This came to a head in the 1989 Convention decision to allow laymen to do Word and Sacrament ministry. That decision was in part based on the recommendations of the Lay Worker Study Committee’s (LWSC) recommendations, as reported in the 1989 Convention Workbook. (He also notes that “the 1992 Convention changed the direction of the 1989 decision by providing ‘ordination for certain laymen involved in word and sacrament ministry,’ and the 1995 Convention established a concrete procedure for such ordinations. The 2001 Convention, however, reversed this and returned to the 1989 Convention position on the basis that the 1995 resolution did not work” (p. 124-25)).

Masaki points out that while the LWSC acknowledged Augsburg Confession Article XIV, the report endorsed an entirely contrary position, whereby “commissioned ministers, consecrated lay workers, [and] lay leaders” (p. 127) can be delegated functions of the office of the public ministry. Authority for such anomalous action is vested in the congregation according to the LWSC, rather than where all actual authority resides – with Christ. The idea that pastoral duties can be split off from the pastor and assigned to laymen came in part from the 1981 CTCR document “The Ministry: Offices, Procedures, and Nomenclature” and in part from a misconception of some of C.F.W. Walther’s “Theses on the Ministry” in later editions of Church and Ministry. The CTCR document led people astray by a poor exegesis of 1 Peter 2:9 and Ephesians 4:11-12, and similar to the LWSC document, relied on an understanding of the Office of the Holy Ministry as being both abstract and concrete. Masaki meticulously examines the historical distinction between the ministry in abstracto and in concreto, which had been mentioned variously by the Saxons in response to Grabau, by Ludwig Hartmann, Walther, and J. W. Baier.

Some have attempted to separate the ministry in the abstract from the ministry in the concrete (i.e. the functions of the Office). It had even been suggested that Augsburg Confession Article V related to the ministry in abstracto, while CA XIV related to the ministry in concreto. Masaki summarizes what happens when these distinctions are eisegeted beyond the limits of the meanings the original authors imparted to them: “A key problem for us is the separation of the preaching office from its functions, indicating that the person is inconsequential and anyone can do it” (p. 159). Masaki thoroughly demonstrates that “neither Hartmann, Baier, Walther, nor even Grabau, separated the functions of the ministry from the office of the ministry” (p. 143). That CA V and XIV form a pastoral and Gospel-centered organic whole is a theme that runs throughout the article. Masaki also covers other related topics, including Walther’s Thesis VIII, which is often cited to suggest the delegation of pastoral functions to laymen, Luther’s priesthood of the Baptized, and an in-depth discussion of CA XIV, rite vocatus, and other related topics. The following representative quotes tie these thoughts together:

…Jesus, by sending the Holy Spirit, bestows the fruits of the cross to sinners until the end of the age. The Holy Spirit in turn binds himself to the externum verbum, the means of grace CA V), in order to deliver the forgiveness won on the cross. The externum verbum speaks against any notion of a ministry in abstracto. Rather, the ministry is concrete: the gospeI is located extra nos as a gift. Preaching happens when there is a preacher preaching, a teacher teaching, and a minister administering the sacraments.

In our day, the office of the holy ministry is often referred to with language denoting power, ability, right and privilege, function, necessity, good order, piety, leadership, and election. Such language tends to separate the office from its functions. When, however, we begin with the Lord’s words, that is, his mandate and institution of the office of the holy ministry for the sake of the dynamic flow of the Lord’s giving and our receiving, we not only confess this doctrine most concretely and most cohesively, but we also find profound comfort. Let the pastoral office remain pastoral. It is Jesus who addresses us when we hear the words: “I, by virtue of my office, as a called and ordained servant of the Word, announce the grace of God unto all of you, and in the stead and by the command of my Lord Jesus Christ I forgive you all your sins,” “I baptize you,” and “Take, eat; this is the true body of Christ, given for you” (p. 160).

In all my writings I never wished to say more, indeed only so much, that all Christians are priests, although not all of them are ordained (geweyhet) by bishops, and so not all preach, celebrate Mass or exercise the priestly Office unless they were ordained to it (vorordenet) and called (beruffen). That is all I intended to say, and so let that be that (p. 150; LW 39:233).