In just about one year from now, the new President of the United States of America will give his (or her) inaugural address. Having just been inaugurated into office, the new president will give a speech outlining the plans and priorities of the new administration. Often these are stated in lofty terms, trying to capture the hopes and aspirations of the people, which the new president will seek to accomplish. The inaugural address is intended to set the tone for the administration, right from the outset, to be conveyed in memorable terms and phrases. The new president will even quote or paraphrase passages from Scripture. For example, Abraham Lincoln, in his second inaugural, quoted Scripture a number of times. Ronald Reagan would refer to a “city on a hill,” again referencing Scripture when talking about his hopes for America. 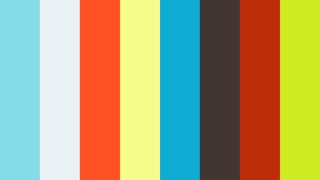 Well, in the Holy Gospel for today, we hear someone giving an inaugural address of sorts. This person has just been inaugurated into his office, and now he outlines what he plans to do. And he even quotes Scripture in doing so. And what’s more, you–yes, you and I–are included in his plans! So let’s listen now to “Jesus’ Inaugural Address.”

Our text is the Gospel from Luke chapter 4. Jesus is speaking in the synagogue at Nazareth, and in a way, we can call it his inaugural address. For Jesus has just recently been inaugurated into his office as the Messiah. When was that, you say? At his baptism, which we read about in Luke chapter 3. Yes, at his baptism, Jesus was publicly authorized and affirmed to take up his office as the Messiah, the Anointed One, the Christ. The Holy Spirit descended on him in the form of a dove, showing that God’s anointing, favor, choice, blessing, and power were resting on just this one, Jesus of Nazareth. And the Father’s voice came from heaven, “You are my beloved Son; with you I am well pleased.” This divine attestation was as though Jesus were being inaugurated into his office, to bring in the kingdom of heaven here on earth.

And so here in Luke 4, we hear Jesus saying what this will look like. What will Jesus’ ministry as the Messiah entail? What does he intend to do? What are his plans and priorities? Jesus tells us, in very direct and succinct terms. And he quotes Scripture to do so:

“[Jesus] came to Nazareth, where he had been brought up. And as was his custom, he went to the synagogue on the Sabbath day, and he stood up to read. And the scroll of the prophet Isaiah was given to him. He unrolled the scroll and found the place where it was written,

‘The Spirit of the Lord is upon me,
because he has anointed me
to proclaim good news to the poor.
He has sent me to proclaim liberty to the captives
and recovering of sight to the blind,
to set at liberty those who are oppressed,
to proclaim the year of the Lord’s favor.’

“And he rolled up the scroll and gave it back to the attendant and sat down. And the eyes of all in the synagogue were fixed on him. And he began to say to them, ‘Today this Scripture has been fulfilled in your hearing.’” Well, there it is. Jesus tells us straight out what he plans to do. And the Scripture he quotes here to tell us is a portion of the prophet Isaiah–Isaiah 61, to be precise. This is what we call a messianic prophecy, God foretelling through the prophet what the coming Messiah will do. We know it’s the Messiah, because it begins, “The Spirit of the Lord is upon me, because he has anointed me.” That’s what it means to be the Messiah. The title “Messiah,” or “Christ,” literally means “the Anointed One.” It goes back to a prophecy made to King David of old, that one of his sons, one of his descendants, would be the greatest king of all, who will usher in an everlasting kingdom of blessing. Thus the messianic hope was given to Israel, to look for and expect a great king, who will deliver his people from their distress and affliction. That would be the Messiah, the Christ, the Anointed One.

And then Jesus caps it off by saying, “Today this Scripture has been fulfilled in your hearing.” Hey, this sounds great! The messianic age is about to begin! These are all wonderful things being spoken of in this passage: good news, liberty, the Lord’s favor. God’s going to make Israel great again! Hooray! We like the sound of that! And so the people are at first very enthusiastic about what Jesus is saying: “And all spoke well of him and marveled at the gracious words that were coming from his mouth.”

But then the force of his words begins to sink in. This is young Jesus who is saying this–Jesus, who grew up here, we’ve known him since he was a kid. And now he’s saying, “Today this Scripture is fulfilled in your hearing”? “Today”? Really, Jesus? Are you claiming to be the Messiah spoken of in this passage? You’re not just talking about the blessings of the messianic age; you’re actually claiming to be the one who will do it? Well, yeah, Jesus is claiming that. He’s saying, “This is it. I’m it. Today this Scripture is fulfilled in your hearing.” It’s as much as if he would say, “I’m the Messiah you’ve been expecting.”

Well, suddenly, Jesus’ numbers begin to drop in the popularity polls. Suddenly Jesus is in danger of losing the Nazareth Caucus. If Jesus is indeed the Messiah, then why doesn’t he do here in his hometown the kinds of works we’ve heard him do over in Capernaum? Heal some people here! Give us a sign! Yeah, come on, Jesus, don’t we rate? We ought to get some special favors because you grew up here! We’re entitled to some hometown privilege!

But that doesn’t work, does it? We are not entitled to anything from God. In fact, what we deserve would be punishment, not favor. When we come before God with this proud, privileged mentality, God will not be impressed. Scripture says that God resists the proud but gives grace to the humble. So take your entitlement privilege elsewhere.

But God does have a word of grace and a promise of help for those who know their sins and their beggarliness before God. Notice, in the very Scripture Jesus quotes, who are the recipients of his messianic ministry? He proclaims good news “to the poor.” He proclaims liberty “to the captives.” He gives sight “to the blind.” He liberates “those who are oppressed.” Those are the people Jesus helps. Those who can identify with these categories. If you don’t think you need that kind of help, then I guess Jesus is not your guy.

But what about you? Do you recognize your poverty of spirit, that you can do nothing but come before God with nothing in your hands, no righteousness of your own to wave before God’s face? If so, then Jesus has some good news for you: You are rich, in him! He is your treasure, your wealth. He is your righteousness. Receive the riches of his grace!

Do you feel the oppression of your sins, that weight of guilt nagging on your conscience? Be of good cheer! Jesus lifts that burden from off your shoulders. It’s what he came to do. Jesus liberates you from the domain of the devil, death, the grave, and hell. And he brings you into his everlasting kingdom of light and life and blessing. He says that right here in his inaugural address. It’s all by grace, God’s free favor, not because of your proud entitlement. It’s what Jesus came to do. It’s what he’s been inaugurated to do. It’s his plan and priority and promise, and Jesus’ promises never fail.

For Jesus’ messianic mission–the administration of his messiahship–will take him all the way to the cross. Just as Jesus was a prophet without honor in his hometown, so he will be rejected by his nation as a whole. “He came to that which was his own, and his own did not receive him.” “The stone the builders rejected has become the capstone, the cornerstone.” Rejected in Nazareth, rejected in Jerusalem, Jesus the Reject would be Jesus the Redeemer. Precisely in his death on the cross, Jesus would win our liberation. Dying as our substitute, winning our forgiveness, being our righteousness, rising again as the trailblazer of our own resurrection, Jesus is our everything. Our hopes rest in him, and in him alone.

Jesus puts his plans into action. He brings you into his kingdom. He makes you part of his family, the church. You have been baptized, joined to Jesus forever. You receive his body and his blood in the Sacrament, assuring you of the forgiveness of your sins. You have God’s name on you. You will share in Christ’s resurrection. You are a Spirit Born Citizen of the kingdom of heaven. Jesus accomplishes what he sets out to do.

Presidents may come and go. Politicians may promise the moon and a chicken in every pot. But the Prince of Peace, Jesus Christ, the Messiah, the Anointed One–he has mighty, living words that deliver exactly what they say: Good news to the poor. Liberty to the captives. Sight to the blind. Liberation for those who are oppressed. The year–and the eternity–of the Lord’s favor. Brothers and sisters, it’s all there–and there for you–right here in Jesus’ inaugural address. “Today this Scripture has been fulfilled in your hearing.”