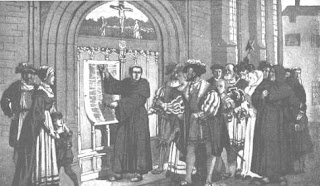 12 And from the days of John the Baptist until now the kingdom of heaven suffers violence, and the violent take it by force. 13 For all the prophets and the law prophesied until John. 14 And if you are willing to receive it, he is Elijah who is to come. 15 He who has ears to hear, let him hear!

12 And from the days of John the Baptist until now the kingdom of heaven suffereth violence, and the violent take it by force.

The violent take it by force. The gospel is not preached in vain; there are people who hear it, and love it vehemently, insomuch that they risk life and limb for the sake of the word of God.

13 For all the prophets and the law prophesied until John.

Prophesied until John. Herein Christ answers, in a covert way, the question, why John is greater than Moses and the prophets, kings, priests; yea, than the temple and all things. Because John begins a new thing.

14 And if ye will receive it, this is Elias, which was for to come. 15 He that hath ears to hear, let him hear.

This is Elias. That is, ye do err, when ye look for the personal Elias, since Malachi did not speak of Elijah, the Tishbite, but without determining a distinct person, he spake of Elias, a prophet. Therefore he says, “If ye will receive it” that is, if ye will be instructed and give up your preconceived opinions.

He that hath ears. As if he would say, The time is now fulfilled, Elias is here, even the Lord himself is also present.