For centuries, marching (drilling) in a formation has been the most fundamental training tool for any military. There’s a very good reason for this. Marching in a formation teaches unity and unity translates to victory on the battlefield. Essentially, many are able to act as one. The mechanism used to maintain good order and discipline while drilling has always been a cadence. The cadence keeps the formation unified. The cadence keeps the troops acting as one. One might argue that such an old method is outdated and irrelevant. However, nothing could be further from the truth. Even in today’s world of stealth technology and smart weapons, Soldiers, Sailors, Airmen, and Marines continue to drill. The church is actually no different. Unity is vital and we’ve been blessed with a uniquely Christian cadence that enables us to stay in step. Our Confessions found in the Book of Concord serves as our cadence.

As the Church Militant we face a cunning and disciplined foe. The devil will use every means to break our cadence. Unfortunately, I fear that the tactic of breaking unity has gained a significant foothold within the LCMS. As many now know, a rift has been created by the movement known as the FiveTwo Network. FiveTwo has taken on a life of its own by creating its own language and practice. The FiveTwo network openly violates AC XIV by encouraging and allowing laymen to preach. But a new and possibly damaging revelation has just occurred. In the latest installment of FiveTwo’s “All Network Call,” Rev. Bill Woolsey showed one of his cards. At approximately the 3 minute point of the video call, Rev. Woolsey stated:

“The thing we’re really scratching our head about, and we’ve been told by a number of, a, of individuals, that a FiveTwo imprint, a FiveTwo kind of publishing arm would be a really, a, helpful and productive way to go. And so, we’re, we’re kind of kicking the tires on that, talking to some individuals about that, what would that look like? ” (Rev. Bill Woolsey, All Network Call, Nov 2014)

In and of itself, nothing is wrong with starting a publishing enterprise. The troubling component of the equation is that FiveTwo is an unchecked heterodox cabal within the LCMS. The addition of a publishing arm would equate to what’s known as a force multiplier for FiveTwo, and they surely know it. The unfettered ability to author, market, and distribute their theological doublespeak to unwitting sheep could result in significant damage.  Woolsey’s movement would gain yet another foothold in their advance on the orthodox church.

One might ask, what can be done? At this point, knowledge is power. Knowing that the FiveTwo network is in the planning stages of a publishing arm is important. Despite the existence of convoluted and paradoxical bylaws and bureaucratic processes with the LCMS, we need to always remember that we are the Church Militant and that the battle rages. We always must strive to keep the cadence. 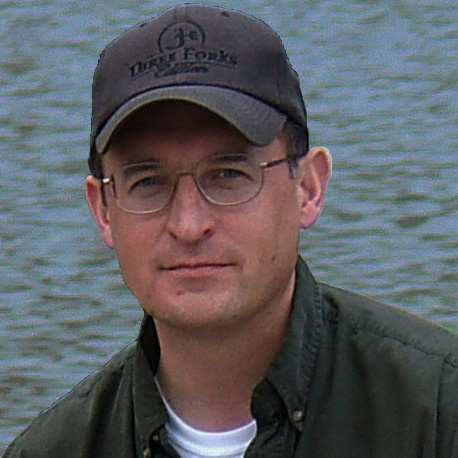 Welcome to our new BJS author, Randy is a lifelong LCMS layman who briefly took a dive into the shallow end of the CoWo pool and almost drowned. He’s a husband, dad, pilot and connoisseur of Hatch, New Mexico chili. After a full career in the USAF, Randy retired and moved on to other commercial aviation endeavors.