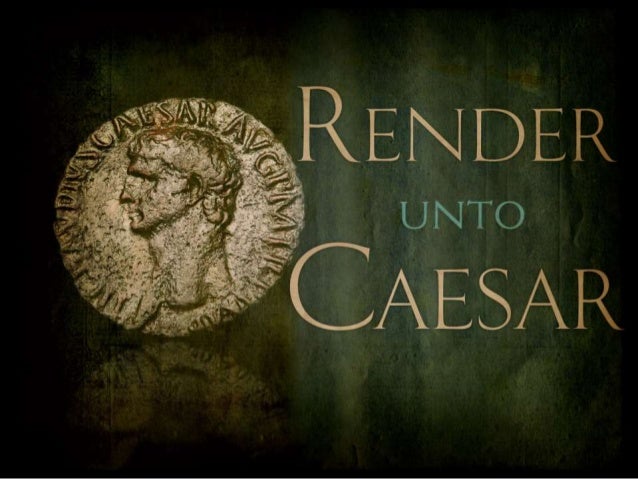 Let’s set the stage. It’s Holy Week again, where we’ve been the last few weeks. Jesus has told a couple of judgment parables against the Jewish establishment, the religious leaders who have rejected him. They, in turn, Jesus’ opponents–the chief priests and the elders and the Pharisees–they are scurrying about, plotting and scheming, trying to trap Jesus in something he says, so they can get him in trouble with the authorities and hopefully get rid of him. That’s where our text begins: “Then the Pharisees went and plotted how to entangle [Jesus] in his words.” And they’re going to be crafty in how they do it. They send some guys over who will first butter him up and flatter him, so he’d be more likely to speak freely. “Teacher, we know that you are true and teach the way of God truthfully, and you do not care about anyone’s opinion, for you are not swayed by appearances. Tell us, then, what you think.”

But Jesus is going to turn the tables on them. He is going to give an answer that will put them on the defensive. Our text continues: “But Jesus, aware of their malice, said, ‘Why put me to the test, you hypocrites? Show me the coin for the tax.’ And they brought him a denarius. And Jesus said to them, ‘Whose likeness and inscription is this?’ They said, ‘Caesar’s.’ Then he said to them, ‘Therefore render to Caesar the things that are Caesar’s, and to God the things that are God’s.’” Notice, Jesus doesn’t simply say, “Pay your taxes to Caesar.” He adds something to that, pointing out where his opponents are failing in an even more important responsibility: “Render unto God.” More on that later.

But let’s take up the first part of Jesus’ answer here: “Render to Caesar the things that are Caesar’s.” It does mean there are things you owe the government, even if you don’t like it, as, for instance, taxes. But “the things that are Caesar’s” does not mean all things. There are limits to what Caesar can command. When Caesar steps out of those limits, then we are not bound to do what he commands. So render, but do not surrender, unto Caesar.

Let me give you a couple of examples that were in the news just this past week, where Caesar overstepped his authority and therefore Christians are not bound to obey. The first story takes us to Houston, Texas. The mayor of Houston is a lesbian woman by the name of Annise Parker. She wants to promote the homosexual agenda there in Houston. Now there has been a controversy over a so-called “gay rights” bill there, and many pastors have spoken out against it, on moral and biblical grounds. So what did Mayor Parker do? She had her city attorneys subpoena the sermons and other communications of five pastors who have led the opposition. Well, the outcry against Mayor Parker’s action has been huge and national, and since then she has tried to backpedal a little, but her intent is clear. She is trying to use governmental force to intimidate Christian pastors from speaking out, to keep them from saying what God’s Word says about homosexuality, namely, that it is a sin. This is an outrageous abuse of power by Mayor Parker, and the Christian pastors have every right to defy her subpoena, which they are doing. And thousands of Christians across the nation are standing with them. Render, but do not surrender, unto Caesar.

Another example that is in the news, just as of yesterday: A city in Idaho is trying to force an ordained minister there to perform so-called same-sex marriages. Of course, there is no such thing as a same-sex marriage. That’s an impossibility. But some people want to pretend otherwise. And our culture is so screwed up right now that lots of people have been deceived into thinking there can be such a thing as same-sex marriage. And the government is coming down heavy-handed trying to enforce it. So they are threatening this minister that he must perform homosexual marriages, or else. I hope he defies the government. I know I would, if the government ever tries to enforce that here. Render, but do not surrender, unto Caesar.

And these two examples are just the tip of the iceberg. The Obama administration has tried to force Christian employers to provide abortion-causing drugs to their employees. This is wrong. Caesar is overstepping his bounds, trying to force people to act against conscience. Where will this stop? Who knows? It very well could get worse. It’s heading that way. But these are instances where Christians can and should defy the government and not obey. As the apostles once said, “We must obey God and not men.” Render unto Caesar, but do not surrender when they try to force you to act against God’s Word.

However, when the government is not forcing you to violate the Word of God, then we should obey. That includes things like paying our taxes. We may not like how much they’re taxing us, or we may not like what they’re doing with our taxes, but we still should pay them. That’s one of the things that does belong to Caesar, something that is within the scope of his God-given authority, and thus one of the things we should “render unto.” And in the meantime, if you don’t like the amount of the taxes, or what they’re going for, then here in America you can do something about that, which is to go to the ballot box and vote accordingly.

Remember, Jesus asked his opponents to show him a coin. He asked them whose image or likeness was on that coin. And they said “Caesar’s.” “OK,” Jesus said, “then give Caesar his due. It only extends to some money. And there are more important things than money.” But now, the implication is this: Look at who’s standing right in front of you. Answer: Jesus. And whose image or likeness does Jesus bear? Answer: God’s. So why aren’t you guys rendering unto God the things that are God’s? In other words, instead of rejecting Jesus, you should be receiving him, welcoming him, embracing him in faith, for this Jesus bears the very image of God.

Yes, dear friends, this Jesus does! He is the very Son of God, born in human flesh. His whole ministry bears the imprint of divine authority: His preaching, calling people to repentance and faith. His teaching, words of wisdom, reaching the soul. His acts of mercy and healing, showing the great love of God for humanity and bringing in the blessings of the kingdom. In all these ways, and more, Jesus displays the image and likeness of God. Just as Caesar’s image was on that coin, so God’s image was shown in all its depth in the person and work of Jesus Christ. The appropriate thing to do, then, is to render the fitting response of faith.

Jesus’ opponents refused to do that. How about you? Yes, you and I will render unto God the things that are God’s: Repentance, turning from sin, confessing your sins. Faith, trusting in Christ for your salvation and not in your own works. Praise and worship, the grateful response of a forgiven heart, coming from sinners saved for eternity.

What has Jesus done to merit such a response? He earned your salvation for you. He took your debt of sin and paid it all on the cross. “It is finished!” he cried out. “Paid in full.” And having paid for your ransom, your release, your redemption, Christ then rose from the dead, showing that he had conquered death in the process–resurrection, a gift he shares with all those who trust in him. Eternal life, dwelling with God and all his people, in a restored creation–tax-free, and with no more Caesars to oppress us. Something to look forward to, isn’t it?