Have you ever heard of the term “oxymoron”? An oxymoron is when you have two words placed next to each other in a phrase, but they really don’t belong together. For example, “jumbo shrimp.” “Jumbo” and “shrimp” would seem to be self-contradictory terms. Another oxymoron: “Rap music.” The two ideas don’t go together. Or this one, speaking as someone coming from Chicago: “St. Louis pizza.” Sorry, I couldn’t help it.

Well, a couple of our readings today seem to have an oxymoron going on, two self-contradictory ideas being placed right next to each other. In both the Epistle reading and the Holy Gospel, we find the idea of “glory” paired up with the idea of “suffering.” “Glory” and “suffering”? Those two don’t seem to go together. But in the Christian phrasebook, maybe they do. And so our theme this morning: “Glorious Suffering.” 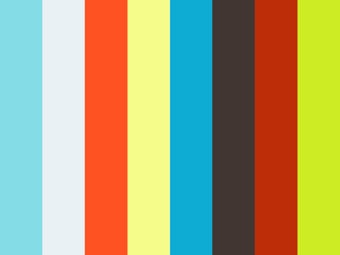 Look at what St. Peter writes in our Epistle today: “Beloved, do not be surprised at the fiery trial when it comes upon you to test you, as though something strange were happening to you. But rejoice insofar as you share Christ’s sufferings, that you may also rejoice and be glad when his glory is revealed. If you are insulted for the name of Christ, you are blessed, because the Spirit of glory and of God rests upon you.” “Glory” and “suffering” placed back to back. And there’s more. Peter goes on to say: “If anyone suffers as a Christian, let him not be ashamed, but let him glorify God in that name.” Then later in our text Peter says that “the same kinds of suffering are being experienced by your brotherhood throughout the world. And after you have suffered a little while, the God of all grace, who has called you to his eternal glory in Christ, will himself restore, confirm, strengthen, and establish you.”

So let’s see if I’ve got this straight: We’re supposed to rejoice when sufferings come our way on account of being Christians, that we may rejoice when the glory of Christ is revealed. If we’re insulted, we are really blessed, because the Spirit of glory rests upon us. If we suffer as Christians, we’re supposed to give glory to God. Christians all over the world are experiencing these sorts of sufferings, but this suffering is only for a little while, because God has called us to eternal glory.

Is this crazy talk or what? All this “glory” talk, when writing to Christians who are suffering fiery trials and persecutions because they are Christians. Are these the rantings of a delusional madman? What’s Peter been smoking? I mean, who enjoys suffering? Who likes to be persecuted? How can this suffering be glorious?

But that’s what Peter is saying. Well, let’s be clear here. He’s not saying that we enjoy the suffering itself. He’s not saying that we should go out looking for persecution. No, that’s not it. But he is saying that if we are persecuted, if we do encounter suffering on account of our Christian faith, that even in those circumstances, we have something to rejoice over, that we can consider ourselves blessed, that we can give glory to God, and that we will experience glory in the end. That’s different than saying we go out looking for trouble or that we’re some sort of masochists who enjoy suffering.

Make no mistake: Christians do and will experience suffering and persecution on account of belonging to Christ. The world will bring it upon us. The devil will bring it upon us. Only, don’t bring suffering upon yourselves, Peter is saying, by doing things like being “a murderer or a thief or an evildoer or as a meddler.” Peter has made this distinction throughout this letter. Make sure you don’t blame your suffering on your being a Christian, when really you’re experiencing trouble because you’ve done something bad. We’ll have enough trouble as it is, being on the receiving end of suffering from our adversary the devil and the hostile world around us. They will give us grief enough.

And that is happening. It happened to the people to whom Peter wrote, those Christians in Asia Minor in the first century. Persecutions broke out in various places in the Roman Empire during the first couple of centuries of the church. Peter himself would be put to death–by crucifixion, in Rome, under Emperor Nero–within a couple of years of writing this letter.

And the suffering and the persecution haven’t stopped since. For instance, today, June 1, is a day when the church commemorates Justin Martyr, a Christian theologian from the second century, who was martyred, put to death by beheading on account of his Christian witness.

Peter reminds us: “The same kinds of suffering are being experienced by your brotherhood throughout the world.” Yes, they are, still today. Christians are being crucified and beheaded, literally, in various places in the world today. Muslim jihadists are violently persecuting and killing Christians in our day, in parts of the Middle East, in Africa, and in other Islamic lands. In the African nation of Sudan, there is a woman in prison, Meriam Ibrahim, who has been sentenced to death for becoming a Christian. There are reports that she may be freed soon, but nothing is definite as of this morning. In Nigeria, the militant Islamic group Boko Haram has been murdering Christians and blowing up churches for several years now. Not as violent, but over in China, the government there is removing the crosses from on top of church buildings. In Europe and America, things are a little more subdued. We’re not facing imprisonment or death, not yet, but the culture and even our government have turned against Christianity.

How about you? Have you experienced any kind of suffering for being a Christian? Maybe not. Maybe it’s been mild. But don’t think it couldn’t happen. Or maybe you haven’t given much of a Christian witness with your life, so there hasn’t been anything to persecute you over. If you have been keeping your mouth shut as a Christian for fear of being rejected by others–well, that’s not good. I’m not saying you should go out of your way to be obnoxious with a Christian witness, but don’t hold back either. Don’t be afraid to speak up for Christ or for his church.

You see, that’s what Peter is getting at. He’s giving us Christians courage and hope and confidence in this letter, even in the midst of sufferings and trials, as we have heard throughout this series on 1 Peter. You have reasons to take courage, in Christ. You have cause for hope, in Christ. You have glory awaiting you, at the coming of Christ. And you have God beside you, even now, caring for you, watching over you, strengthening you for whatever ordeal may come your way. This is how and why we can rejoice, we can consider ourselves blessed, we can glorify God, even in the midst of sufferings.

And this is where the glory and suffering paired up in our Gospel reading for today comes in. In John 17, Jesus himself uses the ideas of glory and suffering, paired up, over and over again in his high priestly prayer to his Father: “Father, the hour has come; glorify your Son that the Son may glorify you, since you have given him authority over all flesh, to give eternal life to all whom you have given him. And this is eternal life, that they know you the only true God, and Jesus Christ whom you have sent. I glorified you on earth, having accomplished the work that you gave me to do. And now, Father, glorify me in your own presence with the glory that I had with you before the world existed.”

“Glory” and “glorify” all over the place. Jesus doesn’t use the word “suffering” here, but that’s what he’s talking about–his own suffering, just about to happen. The hour has come, the time for his suffering and death. Jesus is about to enter into it, momentarily, on the night when he prays this prayer. Jesus will be betrayed, arrested in the garden, taken to trials in the night, handed over to the Roman governor, beaten and crucified. That is suffering in the extreme.

And yet Jesus says this is how his work is being accomplished. This is how Jesus is glorifying the Father’s name–by going to the cross. This is the work the Father gave Jesus to do, that is, to win the salvation of the world by and through his suffering. This is how God is glorified, because it shows the great mercy and love that God has for us fallen sinners. God gave his own Son to redeem us, to free us from our bondage to sin and death. God’s own Son made the perfect sacrifice for sin that covers all our wrongdoing. Your sins are forgiven, on account of Christ. Death has lost its stranglehold over you. Christ’s own resurrection shows what’s in store for us. You share in his righteousness and his victory. You receive his life, being baptized in his name. And this life is eternal; it lasts forever.

And this, this is what makes Christian suffering so glorious. By sharing in Christ’s sufferings, it tells us that we also will have a share in his glory. Not that we earn our way into glory by our noble act of suffering. No. But because we are Christians, the sufferings will just come with the territory. It was that way for Peter the apostle and the readers of his epistle. It was that way for Justin Martyr and all the martyrs of the past. It is that way today for Meriam Ibrahim and all our suffering sisters and brothers around the world. And it may even be that way for us, that is, this suffering for the faith. Yes, it may happen to us, too, to one degree or another. If it does, when it does, at those times rejoice and glad, and give glory to God. For this suffering, suffering for the sake of Christ–this is reminding you that you are truly blessed. Glorious suffering indeed!