Found over on The High Midlife: 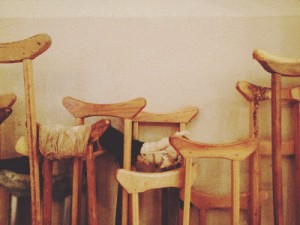 One was named Robert Preus.  Robert Preus was a dual-doctorate sporting Lutheran pastor, professor, and seminary president who was instrumental in preserving the theological integrity of the Lutheran Church-Missouri Synod during our “Battle for the Bible” in the 1970’s.  His books are still devoured by young seminarians who never met him.  He’s still regarded as the English language’s leading scholar on seventeenth century Lutheranism.  And while he’s certainly not as well known a theologian as St. Augustine or Martin Luther, Robert Preus is greatly revered and fondly remembered by many today, both inside and outside the LCMS.

My other grandfather was named William Fiene.  William Fiene didn’t write books, didn’t translate theological treatises.  There are no collections of his sermons because he never preached any.  He wasn’t a pastor.  He was a mortician from small town in Minnesota.  So, outside of his family and friends, nobody in the LCMS remembers his name.

But I am a pastor today because of him.  My seemingly less-theologically-significant grandfather is equally as responsible for the clerical collar around my neck as my grandfather with a wikipedia page.  I say this not because I had countless theological conversations with Grandpa Fiene.  He died a few months before my twelfth birthday, and in the years before, Parkinson’s disease had already torn his central nervous system apart so much that I don’t recall ever hearing him say my name or making eye contact with me.  But the theological influence of my paternal grandfather is still in my bones, and it’s come to me through what he taught his son, my father, in both word and deed.

When William Fiene was 27 years old, he contracted polio and never walked again.  But he didn’t despair, didn’t curse the Lord who lets his legs be taken from him.  Instead, he kept believing, kept trusting Christ’s promises, kept praying with his children, kept teaching them Bible stories, and kept taking them to church every week.  Often, during the harsh Minnesota winters, my grandfather’s crutches would slip on the icy pavement while packing his family in the car on Sunday mornings.  For many, that would have provided a very easy justification for staying home, sleeping in, and slowly falling away.  But my grandfather kept braving the cold, kept slipping, kept falling, and kept picking himself back up and taking his family to St. Paul’s Lutheran Church.

From my father’s youngest days, he saw, in his father, a man who would endure pain and humiliation in order to bring his children the Word of God.  William Fiene taught his son John that the pure Gospel found in the Lutheran Church was more important than anything else in this world.  That’s what my father taught me.  And that’s what I pray I will teach my sons, John, August, and Anders.

Today is All Saints’ Day, a day when we commemorate all Christians, all those who have washed their robes and made them white in the blood of the Lamb.  And while we certainly thank God for the famous saints known the world round, we should also thank God for the forgotten saints, for the congregation of faceless believers whose names will never be written in history books, even as those names are written in the Book of Life.

So I thank God for both of my grandfathers today.  Like many other pastors, today I thank God for Robert Preus, for his faithfulness, his wisdom, his writings, his lectures, and his life devoted to the Word.  But even if my father and I are the only pastors in the world to remember the life of William Fiene today, I do so with equal parts thanksgiving.  I thank God that, as a child, my father didn’t have to look at icons of Peter and Paul to see the image of a saint.  He saw one in the face of the man dusting the Minnesota snow off of his bloody knees and picking himself back up in order to bring his children to Jesus. 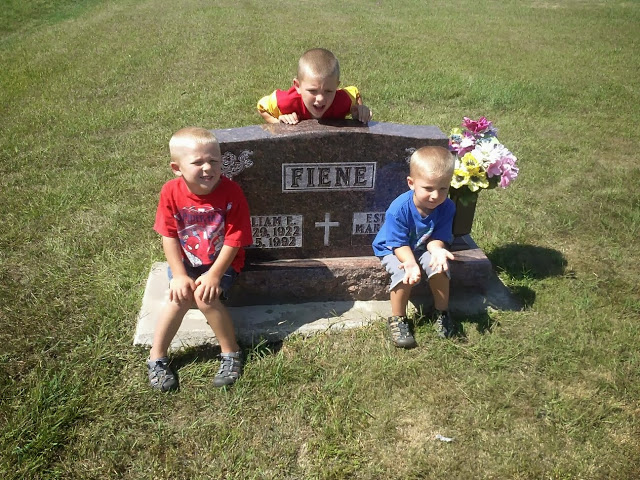