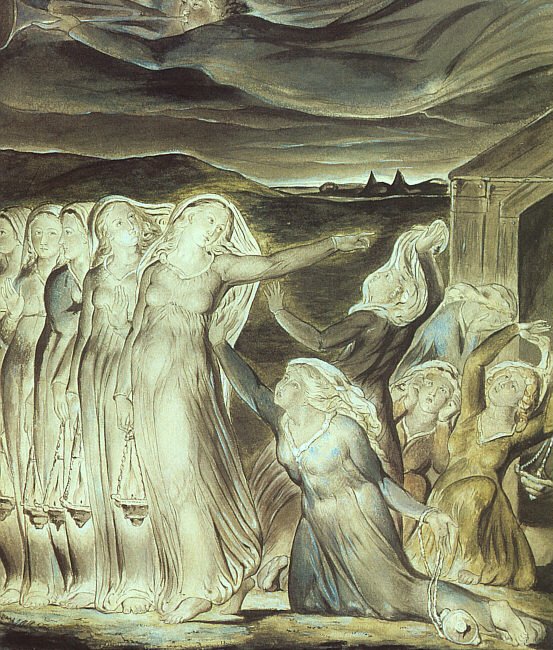 Almighty God, the apostle Paul taught us to praise You in psalms and hymns and spiritual songs. We thank You this day for those who have given to Your Church great hymns, especially Your servants Philipp Nicolai, Johann Heermann, and Paul Gerhardt. May Your Church never lack hymnwriters who through their words and music give You praise. Fill us with the desire to praise and thank You for Your great goodness; through Jesus Christ, our Lord, who lives and reigns with You and the Holy Spirit, one God, now and forever. Amen.

Bio: Philipp Nicolai (1556–1608) was a pastor in Germany during the Great Plague, which took the lives of 1,300 of his parishioners during a sixth-month period. In addition to his heroic pastoral ministry during that time of stress and sorrow, he wrote the texts for “Wake, Awake, for Night Is Flying” and “O Morning Star, How Fair and Bright,” known, respectively, as the king and queen

of the Lutheran chorales. Johann Heermann (1585–1647), also a German pastor, suffered from poor health as well as from the ravages of the Thirty Years’ War (1618–1648). His hymn texts are noted for their tenderness and depth of feeling. Paul Gerhardt (1607–1676) was another Lutheran pastor who endured the horrors of the Thirty Years’ War. By 1668 he lost his pastoral position in Berlin (for refusing to compromise his Lutheran convictions), and endured the death of four of his five children and his wife. He nevertheless managed to write 133 hymns, all of which reflect his firm faith. Along with Martin Luther he is regarded as one of Lutheranism’s finest hymn writers.

(From The Treasury of Daily Prayer, Concordia Publishing House)

Reflection:  The last fad in congregational music was “Christian music”.  My response was, Yes, I love Christian music,written and composed by Heerman, Nicolai and Gerhardt!  On this day we sing to the Lord in the words and music by the three great Lutheran hymn writers commemorated  and it is all thoroughgoing Christian and Biblical music.

Now the latest buzz phrase has been: “praise songs”.  Both my wife and a colleague  responded to “praise songs” in the same way:   ‘We sing praise music every Sunday!”  Listen to the hymns below!  As friend and colleague once said:  “Lutheran hymnody is my glossasalia.” Just think: these hymn writers and pastors were probably not paid a cent for their hymns, fought false doctrine  and disease and the devil, and in the midst of all that, in the Lord they had joy to sing and pray and write hymns.

The other criticism is that Lutheran hymnody is not personal enough and expressive of ‘my’ feelings.  Can anyone, if you will, top, the sheer intimacy, poetry and passion of Paul Gerhardt in O Sacred Head, Now Wounded?

What language shall I borrow
To thank Thee, dearest Friend,
For this, Thy dying sorrow,
Thy pity without end?
Oh, make me thine forever!
And should I fainting be,
Lord, let me never, never,
Outlive my love for Thee.

What sustained these men through such turmoil?  Answer: The rock of salvation, Jesus Christ, not a religious feeling.  Faith can only have something or someone to seize for salvation and this is the justification of the sinner by Christ’s Atonement, once and for all from the Cross, preached and taught into our ears and hearts, by sermons, yes!  But also by hymnody.

In the Service Book and Hymnal (1958), the former worship book of the ELCA’s predecessor Lutheran denominations,  the forward states that they wanted the hymns to be more “devotional” and have a less of  a “didactic” content.  They were so wrong!  Such an idea sent a whole bunch of Lutherans on the wrong course. The didactic or teaching content of Lutheran hymnody is so important because it is the objective Word of God written in Scripture sung in words and music, according to the true exposition of the Scriptures, the Lutheran Confession. Consider “Wake, Awake, for Night is Flying”:  this hymn is the Parable of the Foolish and Wise Virgins (Matthew 25: 1-13) set to music. It is usually sung in Advent, pointing to the time on earth when the Bridegroom arrived and the time to come when those who are eager for His appearing, He will come again.  It is didactic and so instructional.  Dispensationalist and millenialist false doctrine is shown for what it is in that magnificent hymn of Scripture by the true and correct doctrine of our Lord’s parousia, in Scripture, correctly taught.

At Concordia Junior College/ Milwaukee,  I took a one credit course on hymnody.  Professor “Ollie” Rupprecht pointed out that J.S. Bach had some 80 volumes in his library (quite an expensive acquisition in that day) and 60 volumes were on Lutheran Doctrine. This doctrine has been derided as too “sterile”.  It is not.  Like Jack Webb in Dragnet said: “The facts, ma’am, just the facts.”  “Ollie” liked to say that Lutheran hymnody is our “meat and taters”.  No thin vegan gruel here. The objective justification by the life, word and work of Jesus Christ is the reason to sing. So let us keep our lamps filled with the oil of the Gospel, the Word of God, and tend carefully to the lamp of Lutheran hymnody, keep the wick trim,  exacting in doctrine proclaiming Christ, and not ourselves.

We give thanks to the Lord, the Conductor of the  “choir immortal” (from “Wake, Awake”),   for all church organists (underpaid and being squeezed out by contemporary worship), church musicians, choirs and the Lord’s people who sing their praise of their Lord through hymns replete with the Scripture, that is, the Word of God and so the Holy Spirit.  Pray for your organist, choir director, choir members and church musicians in petition and  praise to the Lord and tell them all this  Sunday:  thanks!