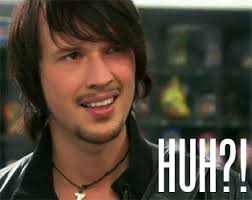 What does Jesus mean? It’s not the easiest thing to figure out exactly, even now. In a way, we could say that his saying has kind of a double meaning, or at least a double application, one to the disciples’ immediate situation, right at that time, and then to a broader, longer-range situation that fits our situation also. So let’s see what sense we can make of all this. Let’s talk about this “A Little While.”

It helps us to know when Jesus was saying this. It was on Maundy Thursday, the Thursday during Holy Week, the night when Jesus was about to be betrayed and arrested, and the next day he would be taken to the cross. That helps explain Jesus’ mysterious saying. It would be just for a little while longer that the disciples would see him as they had seen him for the past several years. Just a little while more, a matter of hours. They had had the Passover meal together, which Jesus ended by instituting the Lord’s Supper. Now he was talking to them about going away, going to his Father. Shortly they would go over to the Garden of Gethsemane, and Jesus would pray there. Then would come the betrayal and the arrest, Jesus being hauled off to a series of unjust trials through the night. In the morning, he will be taken to Pontius Pilate, the Roman governor. “Crucify!” the crowds cry, and “Crucify!” is what they get. Golgotha. Crucifixion. Darkness. Death. Burial. All within 24 hours of the time when Jesus is saying this, his “A little while, and you will see me no longer.” And that literally was the case for the disciples.

And their response to Jesus being taken away from them? Their response would be just as Jesus describes here. They would have great sorrow. “Truly, truly, I say to you, you will weep and lament,” Jesus tells them. “You will be sorrowful.” Indeed, they were. They were crushed. Their master, on whom they had pinned all their hopes–their beloved master, their teacher, the one whom they had correctly identified as the Christ, the Messiah–very soon he would be dead, and they would feel dead inside.

They had come so far, they thought, and now it was back to square one–or worse. What would happen to them now? The authorities had killed Jesus. What would they do now to his followers? It was a scary time. “Truly, truly, I say to you, you will weep and lament, but the world will rejoice.” Think of how Jesus’ enemies mocked him when he was on the cross, laughing at him. They were rejoicing that Jesus was getting what was coming to him. Who was he to call them to repentance? Who does he think he is, anyway? “Ha, look at him dying there in shame!” The world rejoiced, whereas Jesus’ followers were weeping and sorrowful. And now those disciples had to worry about what might happen to them.

And when Jesus is raised, their spirits will be raised also. “You will be sorrowful,” Jesus tells them, “but your sorrow will turn into joy.” From sorrow to joy, and the reason is the resurrection. From death to life, and life equals joy.

Jesus compares it to a woman giving birth, and I’m guessing some of you ladies can identify here. When a woman goes into labor, so I’m told, the labor pains can be intense. The pain will even increase in intensity and frequency, until the woman feels she is being torn apart and can’t take it anymore. So I am told. Very intense anguish. But the point is, the anguish, while intense, only lasts for a relatively short time. Then it gives way to a surpassingly wonderful joy, which far outweighs the pain felt just a short time earlier. It’s a joy that lasts much longer than the pain, because now a new life has come into the world. And so, Jesus concludes, “So also you have sorrow now, but I will see you again, and your hearts will rejoice, and no one will take your joy from you.”

How the disciples did rejoice when they saw Jesus on Easter Day! Not only was their master alive, they also began to understand why he had had to die. The marks in his hands and his side–that began to tell them. Jesus then opened their minds to understand the Scriptures–now it was becoming clear. This was all part of God’s plan! It was necessary for the Christ to suffer and die for sinful humanity. It was the only way for our sins to be atoned for, the only way for death to be overcome. God’s holy Son must die for sinners like you and me and those disciples, or else we would be lost, forever. But now the risen Lord shows us that his rescue mission was successful and complete. Sins forgiven, death conquered. New life, resurrection life, given and received. Good Friday and Easter–together they do all that. From death to life. From sorrow to joy. A little while, and a lot of joy.

Dear friends, Christ gives you a joy that no one can take from you. It is a joy that runs deeper than your circumstances. The world will hate you–and we see evidence of that all around us these days, increasingly so, the world’s hostility against the Christian church. The world will hate you, even as they hated Jesus. The world will rejoice at the church’s misfortunes. But no one can take our joy–a real, true joy–no one will take our joy in Jesus from us. It’s too great and too deep for them to touch. For we know, we know–the Holy Spirit has embedded this faith in our hearts–we know that our Redeemer lives, and, oh, the sweet joy this sentence gives! He lives, and because he lives, we will live also. We live as God’s dearly loved children. We live, our lives joined to Jesus forever in Holy Baptism. The bond is too strong to break. Your salvation is secure, come what may.

And testings and trials and troubles will come. In this world, in this life, we will have tribulation. For one thing, our sinful tendencies have not totally vanished. We still stumble and fall, and we need to be picked up and set back on the right road. Our own sin perplexes us. And the world around us will persecute us, mock us, make fun of us Christians, speak evil against us. On top of that, the devil will tempt us, try to draw us away from Christ–through the desires of the flesh, through the deceitfulness of the world’s false values, through the discouragement that comes when we think God doesn’t care for us. And so there is this battle we must fight now for a little while.

“A little while.” There it is again. Like the disciples, we endure a “little while” of anguish and sorrow, as we await our Lord’s return. For Christ has ascended and gone back to the Father, and we don’t see him here with us right now. That doesn’t mean he isn’t with us–he is. It’s just that we don’t see him with our eyes. And our life doesn’t look all that magnificently perfect either. So we have a little while of our own that we must go through.

But it is just a little while, relatively speaking. The suffering and the sorrow may be intense, there’s no denying that. But in the big scheme of things, when compared to the eternal future that lies before us, the sorrowful now is just a little while. The better time is coming–Jesus himself is coming, he is coming again–when everything will be restored and made much better than it is now. “Behold, I am making all things new!” our returning Lord declares.

A little while, a lot of joy. And now I think we do know what Jesus is talking about!