Did Christianity Steal the Date of Pagan Winter Solstice Celebrations?

In these articles we have seen the texts from the early Christians that show their reasons why they calculated particular dates for the Incarnation and Birth of Christ. These dates were based on the Passover texts. Even their calculation for the dates of the Creation of the universe centered on the Crucifixion and Resurrection of Christ at the Passover.

We have already dealt with the actual historical documents concerning Juvenalia and Sol Invictus. The two other pagan Roman festivals typically claimed as sources for Christmas include Saturnalia and Brumalia. Brumalia was more properly the Winter Solstice. 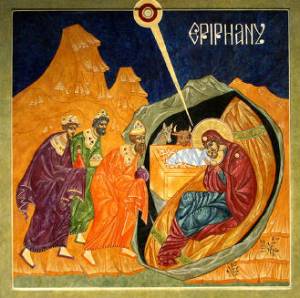 Saturnalia is often talked about as if it were the same as Brumalia. And especially with reference to Christmas, these two occasions are also blended together with other hypothetical and real unrelated pagan festivals from various cultures.

Here we are going to separate Saturnalia from Brumalia. The reason for this is simple, they are not the same thing. Though there are some ancient documents that speak about these two occasions as happening at the same general time of the year, there is considerable variation in the ancient texts as to when Saturnalia could actually be celebrated.

Often claims are made that Saturnalia is the origin for Christmas caroling, gift giving, Christmas lights, and even the notion of celebrating the birth of a particular child.

One of the problems in describing Saturnalia is that there is no single ancient Roman document that describes the festival fully. The closest and fullest description comes from the 5th century A.D. by the hand of Macrobius in his work titled Saturnalia.

Saturnalia was a festival dedicated to honoring the pagan god Saturn. In Greece the name of Saturn was Kronos. Very often there are claims that the festival involved the celebration of a special birth. T.C. Schmidt has posted extensive quotations from Macrobius’ (5th Century AD) book titled Saturnalia. The quotations concern the nature and origin and history of the festival of Saturnalia.

From the quotations of Macrobius it becomes apparent that the Romans did not have consistent stories about the origin or the dating of the festival. Macrobius outlined four different traditions for the origin: 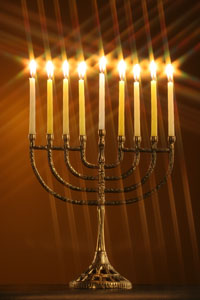 Macrobius recorded these four variants on the origin of the festival, but none of them had to do with the birth of a child or the celebration of an infant.  Notice that #3 lists the tradition of using candles and gift giving. #4 brings in feasts and master/slave role reversal.

The implication in the modern revisionists is that Christianity is so un-original:

No, they say, Christians must have imitated these things from the Saturnalia festival.

Saturnalia used to be celebrated on only one day, the fourteenth before the Kalends of January [=19th Dec.], but that it was afterward prolonged to last three days: first, in consequence of the days which Caesar added to the month of December, and then in pursuance of an edict of Augustus which prescribed a series of three rest days for the Saturnalia. The festival therefore begins on the sixteenth day before the Kalends of January [=17th Dec.] and ends on the fourteenth [=19th Dec.], which used to be the only day of its celebration. However, the addition of the feast of the Sigillaria has extended the time of general excitement and religious rejoicing to seven days. …

In the paragraphs preceding this quotation Macrobius lists sources, quotations, and dates for the various claims about when the Saturnalia was celebrated and for how long. T.C. Schmidt posted the entire chapter and put the date information in bold print so that the reader can see uncertainty of dates associated with this celebration. Schmidt wrote:

The information from Macrobius is the most thorough. None of the more ancient sources contradict him. In fact, what we have of the ancient sources that speak of dates merely confirm what Macrobius wrote.  Based on Macrobius as well as other ancient Roman sources, the date of Christmas has nothing to do with the dating of Saturnalia. 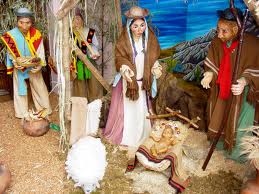 Similarly Macrobius Saturnalia 1.11.46-50 discusses the Sigillaria–a festival that involves the purchase and giving of little human figures and candles. The fact that little figurines were used in this pagan Roman festival is the basis for the claim that Christians stole this idea to make their own Nativity Sets. This festival, Sigillaria, seems to have been a market day rather than a religious feast, but is closely associated with Saturnalia. And there too, the date has nothing to do with the dates chosen by the early Church for Christmas. [full text from Schmid’s article]

I must now deal briefly with the Sigillaria, for I would not have you think that I spoke of a matter calling for a smile rather than reverence.

[47] Epicadus relates that Hercules after killing Geryon drove his herds in triumph through Italy and from a bridge (now known as the Sublician Bridge), which had been built for the occasion, cast into the river a number of human figures equal to the number of the comrades he had chanced to lose on his journey, his object being to ensure that these figures might be carried by the current to the sea and so, as it were, to restore to their ancestral homes the bodies of the dead.8 This is said to have been the origin of the practice, which has persisted, of including the making of such figures in a religious rite. [48] In my opinion, however, a truer account of the origin of this practice is that which, I remember, I recently recalled,” namely, that, when the Pelasgians learned, by a happier interpretation of the words, that “heads” meant heads of clay not heads of living men and came to understand that ????? meant “of a light” as well as “of a man,” they began to kindle wax tapers in honor of Saturn, in preference to their former ritual, and to carry little masks to the chapel of Dis, which adjoins the altar of Saturn, instead of human heads. [49] Thence arose the traditional custom of sending round wax tapers at the Saturnalia and of making and selling little figures of clay for men to offer to Saturn, on behalf of Dis, as an act of propitiation for themselves and their families. [50] So it is that the regular use of such articles of trade begins at the Saturnalia and lasts for seven days. These days, in consequence, are only rest days (feriatos), not all of them are festivals. For we have shown that the day in the middle, namely the thirteenth day before the Kalends of January, was a day for legal business; and this has been attested by other statements made by those who have given a fuller account of the arrangement of the year, months, and days, and of the regulation of the calendar by Gaius Caesar.-Saturnalia 1.11.46-50

Again, not December 25th nor January 6th. And, the claim is often made that Christians imitated this creation of small figures by creating Nativity Sets.  All art must have begun at Rome.  It seems most likely that it was St. Francis of Asisi who introduced the Nativity Scene, in about 1223 A.D. Not really a date that had anything to do with ancient Roman history.

The readers should be able to see at this point that it doesn’t matter what or which Christian tradition is under discussion. Any superficial similarity with any pagan practice will be used as conclusive proof that Christians stole such a practice and therefore Christianity is a hollow shell of a religion.