This is the sixth in an Advent sermon series on “The Seven Great ‘O’ Antiphons.” 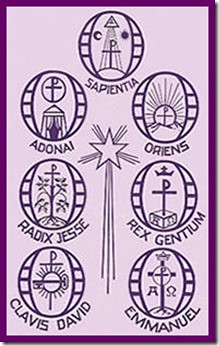 In our Advent series on the O Antiphons, today we continue with “King of the nations.” You’ll find it there in your hymnal or in the bulletin. Let us pray this antiphon together: “O King of the nations, the ruler they long for, the cornerstone uniting all people: Come and save us all, whom You formed out of clay.”

Now this title for Christ, “King of the nations,” is sometimes also referred to as “Desire of nations,” not that the word “king” means “desire”–it doesn’t–but that this king who is coming would be the one that the nations will desire. That’s how the hymn stanza we just sang uses it: “O come, Desire of nations, bind,” etc. And that idea is there in the antiphon itself: “O king of the nations, the ruler they long for,” and so on. You often see the term “Desire of nations” used in hymns and devotional literature throughout the history of the church. It means Christ as the coming king whom the nations will desire.

The term “Desire of nations” is based on a verse from our reading from the Old Testament prophet, Haggai, the verse that reads, “And I will shake all nations, so that the treasures of all nations shall come in, and I will fill this house with glory, says the LORD of hosts.” How this passage came to be applied to Christ the coming king as the Desire of nations–that’s what I’ll explain now.

You will remember that King Solomon had built the first temple in Jerusalem around the year 960 B.C. It was grand and glorious, the spiritual center of the nation, the place where the Lord God made his dwelling with his people, forgiving their sins, guiding and guarding and governing his people. And Solomon’s temple stood there in Jerusalem for several hundred years. But around 600 B.C., Nebuchadnezzar of Babylon conquered Judah and carried off large numbers of captives, including the Davidic king, off to Babylon. Then in the year 586 B.C., Babylon dealt an even greater blow to God’s people by destroying the temple, leveling it to the ground! This was a national disaster! The people in exile, the king in exile, the temple destroyed! Unthinkable! No king in Jerusalem, no temple in Jerusalem–what has happened to the people of God? What has happened to the promises of God?

Well, eventually, Babylon’s time as the great world power came to an end–as all earthly empires come to an end–and now Persia was the powerhouse. The Persian king, Cyrus, decided to let the people of Judah leave Babylon and go back to Jerusalem and rebuild their temple. That was the Edict of Cyrus in 538 B.C.

Some of the returnees who had been carried off into exile as kids, now were coming back as old men, and they could remember the grand and glorious temple of their childhood. The thought of rebuilding the temple was dear to their heart, it thrilled them, and they wept at the groundbreaking that took place soon after returning. But the rebuilding project got bogged down. Opposition, delays, worries about lack of money–two, three years, ten, fifteen years went by, and the temple was not getting finished. Demoralization and discouragement set in.

So around the year 520 B.C. the Lord sent his prophet Haggai to encourage and give hope to the people and their leaders, so that they would get the job done: “Who is left among you who saw this house in its former glory? How do you see it now? Is it not as nothing in your eyes? Yet now be strong,” the Lord declares through his prophet. “For I am with you,” declares the Lord of hosts. “Fear not.” In a little while, “I will shake all nations, so that the treasures of all nations shall come in, and I will fill this house with glory.”

“The treasures of all nations shall come in.” This can also be translated “the ‘desire’” or “the ‘desired’ of all nations shall come in.” And this is where our term “Desire of nations” comes from. The question is, “What does it refer to?” The context seems to indicate the “things” that the nations desire, their treasures, shall soon pour into the temple, according to the Lord’s promise, in order to help get the temple rebuilt and achieve an even greater glory than ever before. For the passage continues: “The silver is mine, and the gold is mine, declares the LORD of hosts. The latter glory of this house shall be greater than the former, says the LORD of hosts. And in this place I will give peace, declares the LORD of hosts.”

But now, from our New Testament perspective, we can see that the “Desire of nations” would be the “one” the nations desire. For the real treasure that would come into the temple would be the coming Christ. This prophecy from Haggai would be fulfilled some 500 years later with the arrival of the Christ child. When Mary and Joseph brought baby Jesus into the temple for his presentation, and old Simeon took the child in his arms and said, “For mine eyes have seen Thy salvation, a light to lighten the Gentiles and the glory of Thy people Israel”–there, that was the true treasure coming into the temple! Jesus Christ, the king coming into his temple–he is greater than all the treasures of world. For our Lord has redeemed us lost and condemned sinners, not with gold or silver, but with his holy precious blood and with his innocent suffering and death. Christ has brought into God’s house the true wealth, in the forgiveness of our sins and all the blessings of eternal life and salvation that you receive here in Word and Sacrament.

And so Christ himself is one whom the nations will desire. For the gospel of his kingdom will go out to all nations, calling people to faith from every nation, tribe, people, and language. He unites all people in his church, his spiritual temple, Christ Jesus himself being the cornerstone. Christ truly is “the King of the nations, the ruler they long for.” A multitude shall come, from east and from west, and take their place at the heavenly banquet table. You and I, no matter what nation we come from–we have heard that gospel call and have been brought into Christ’s kingdom and his one worldwide family, the church.

“O King of the nations.” Yes, Christ is a king, the King. We said that when Jerusalem was destroyed, the nation was left without temple and without king. The Judahites, encouraged by prophet Haggai, did complete the rebuilding of the temple, in 516 B.C. But what of a king? Where was the king from the line of David? Oh, there was this man Zerubbabel, but he was only the governor, appointed by the Persian king. Now Zerubbabel was a descendant of King David–in fact, you could say that Zerubbabel was the man who should have been king. But he wasn’t. Israel, Judah, would never have another Davidic king sitting on a throne in Jerusalem, reigning over a kingdom. Foreign powers would always dominate.

But this man Zerubbabel was a descendant of David, and so the royal line did continue. And when we read the genealogy in Matthew 1, we discover that Zerubbabel was an ancestor of the man who finally did become king. That of course is none other than our Lord and Savior Jesus Christ, the King of kings and Lord of lords. His kingdom is an everlasting kingdom, a kingdom of peace and joy. And dear friends, the good news is that you are included in this kingdom! Christ has made you his own, claimed you in Holy Baptism, and given you the gift of faith.

“O King of the nations, come.” You have a king, and he is coming for you! Not only at Christmas, but again at the end of time, when he will rebuild and restore all things. This king, Jesus Christ, is your true treasure–indeed, he is the Desire of nations. People of God, when you are faced with delay and discouragement, and you become demoralized by the long wait, lift up your heads, for the King of glory, your treasure and your desire–your redemption draweth nigh! “O King of the nations, the ruler they long for, the cornerstone uniting all people: Come and save us all, whom You formed out of clay.”