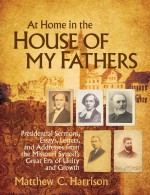 This is the fourth in a series of excerpts from writings of the first five presidents of our synod–Walther, Wyneken, Schwan, Pieper, and Pfotenhauer–all included in a book by Pastor Matt Harrison, “At Home in the House of My Fathers” (available through logia.org).

Today’s selection comes from Franz Pieper, the fourth president of the Missouri Synod, seminary professor and president, and arguably the most influential dogmatician in our synod’s history. Incidentally, yesterday, June 3, was the 79th anniversary of Pieper’s death in 1931. 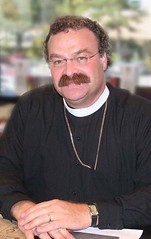 In his introduction to his translation of this essay, Harrison comments on how timely Pieper’s vision of a true “Ecumenical Lutheranism” is:

This excerpt is from Pieper’s 1930 article on “Ecumenical Lutheranism”: 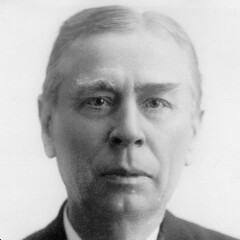 By God’s grace, we [Missourians] would like to do our part to serve the Lutheran Church throughout the world, so that the Church of the Reformation, our precious Lutheran Church, might achieve the unity desired by God. To this end it is necessary that we ourselves understand the correct–that is, the scriptural and also confessional–“ecumenical Lutheranism.”

By the “Lutheranism” that according to God’s will should come to be acknowledged throughout the entire world–and in this sense is “ecumenical”– we understand that Lutheranism which . . . will only teach and confess what the Lord of the Church has given to all Christians and especially to all those who teach in the Church. It will only teach and confess what the Lord has commanded to be taught and confessed. Genuine Lutheranism is, in respect to its doctrine, nothing more and nothing less than simple Christianity. . . .

The sole treasure of the Lutheran Church is its pure doctrine, which in all parts is in agreement with the Scriptures. Therefore it is incumbent upon us that by God’s grace we remain united in the pure Lutheran doctrine. . . .

Finally, we should remind ourselves of one thing. We should not forget that “ecumenical Lutheranism,” as it comes to expression in the Confessions of the Lutheran Church, cannot be retained without the continued fight against attacks from within and from without. In this struggle we must not become weary. The great treasure for which we struggle is worth the fight. (pp. 669, 673, 674)

Yes, I agree with Pastor Harrison: This is Missouri’s moment! Pieper’s vision of a genuine “ecumenical Lutheranism” has never been more timely. We have an open door right now to work with fellow Lutherans around the world who are looking to Missouri for partnership in confessionally faithful Lutheranism. I have met many of these good brothers from other lands–from Africa, from Asia, even from Sweden! It is exciting to see the opportunities the Lord is laying before us! It’s time!