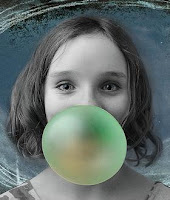 Scott’s posts are archived on the Regular Columns page under the title “Apologetics – Apply Lberally.” He has also posted this story on his blog “Stand Firm.”

We’ve all seen the battles fought in the Lutheran Churchâ€”Missouri Synod (LCMS) over the past several decades regarding worship practices and “church growth” philosophy. These battles have largely divided the Synod. If you’re the sort that argues in favor of the historic catholic liturgy of the Church, you might be heard quoting from the Apology of the Augsburg Confession, Article XXIV:

At the outset, we must again make this preliminary statement: we do not abolish the Mass [the Divine Service], but religiously keep and defend it. Masses are celebrated among us every Lord’s Day and on the other festivals. The Sacrament is offered to those who wish to use it, after they have been examined and absolved. And the usual public ceremonies are observed, the series of lessons, of prayers, vestments, and other such things. (Brackets added)

If you favor contemporary worship, you might quote the Augsburg Confession, Article VII:

For the true unity of the church it is enough to agree about the doctrine of the Gospel and the administration of the Sacraments. It is not necessary that human traditions, that is, rites or ceremonies instituted by men, should be the same everywhere.

…or you might quote Luther from the preface to his German Mass:

Above all things, I most affectionately and for God’s sake beseech all, who see or desire to observe this our Order of Divine Service, on no account to make of it a compulsory law, or to ensnare or make captive thereby any man’s conscience; but to use it agreeably to Christian liberty at their good pleasure as, where, when and so long as circumstances favour and demand it. Moreover, we would not have our meaning taken to be that we desire to rule, or by law to compel, any one. (Online reference)

Who’s right? They’re both written by the reformers aren’t they? Are they both right? Well…. Yes and no.

The reformers, and in particular Martin Luther, fiercely defended Christian freedom. What they fought to regain they weren’t going to give up easily. The preceding Luther quote highlights this attitude. Yet when it comes to the Divine Service, freedom has its limits. Continuing on where we left off in the above quote, Luther says

Meanwhile, there is on every side great pressure towards a German Mass and Order of Divine Service: and there is great complaint and offence about the different kinds of new Masses, that every one makes his own, some with a good intention and others out of conceit to introduce something new themselves and to make a good show among others and not be bad masters. As then always happens with Christian liberty, few use it for anything else than their own pleasure or profit: and not for God’s honour and the good of their neighbour. While, however, every man is bound on his conscience, in like manner as he uses such liberty himself, not to hinder nor forbid it to any one else, we must also take care that liberty be servant to love and to our neighbour. Where, then, it happens that men are offended or perplexed at such diversity of use, we are truly bound to put limits to liberty; and, so far as possible, to endeavour that the people are bettered by what we do and not offended. Since, then, in these matters of outward ordinance nothing is laid upon us as matter of conscience before God, and yet such ordinance can be of use to our neighbour, we ought in love, as St. Paul teaches, to endeavour to be of one and the same mind; and, to the best of our power, of like ways and fashion; just as all Christians have one baptism and one sacrament, and no one has a special one given him of God.

The reformers labored to maintain uniformity in the Divine Service, not only because of its historical basis as a proper liturgy, but also to avoid division – the same division which now grips the LCMS. Two of the reformers who were instrumental in drafting the Formula of Concord, Martin Chemnitz and Jacob Andraea, reflect these same thoughts in The Church Order for Braunschweig, which they wrote in 1569:

[ There should be ] such ceremonies which give the external indication that in the congregation great, high, serious dealings are present, so that the ceremonies lead, stimulate, admonish and move the people to join together their thoughts, lift up their hearts in all humility. That there be in the congregation heartfelt devotion to the word, the Sacrament and prayer … Christian freedom has its place in this matter, as the ancients said, “Disagreement in rites does not take away agreement in faith.” It still brings all sorts of benefit that in ceremonies, so much as it is possible, a uniformity be maintained, and that such uniformity serve to maintain unity in doctrine, and that common, simple, weak consciences be all the less troubled, rather strengthened. It is therefore viewed as good that, as much as possible, a uniformity in ceremonies with neighbouring reformed [Lutheran] churches be affected and maintained. And for this reason, henceforth all pastors in the churches of our realm, shall emphatically follow this written church order, and not depart from the same without specific, grave cause. (Brackets added) (Quoted from Pastor Matt Harrison’s paper “Liturgical Uniformity and Church Polity in the Augsburg Confession and the Formula of Concord: the Church Orders as Hermeneutical Key.”)

What does this long introduction have to do with the BRTFSSG? They want to remove uniformity from the LCMS lexicon with the blunt force of a jackhammer on concrete – specifically from Article III of the LCMS Constitution, currently titled “Objectives” (see their report, Appendix 1, p. 1.2 ff.).

The Synod, under Scripture and the Lutheran Confessions, shall–

…accomplishes and fulfills its mission and purpose together byâ€”

Notice what’s missing? The existing Constitution says that the Synod shall encourage congregations to strive for uniformity in church practice. The Task Force recommendations excise uniformity. This is a perfect example of how practice drives doctrine. Our current adulteration of the historic liturgy with wailing guitars and open Communion cannot coexist without some form of official absolution, and this is a clandestine way of accomplishing the task without drawing a lot of attention. No high profile CCM or CTCR rulings, just a subtle change hidden in a torrent of other resolutions. Just one little word. Our birthright is being sold for a loaf of bread and a bowl of lentil stew.

The irony in all of this is that in destroying uniformity, the sought after freedom to do what is right in our own eyes is accompanied by servitude to a theological lie and the tyranny of division. We will no longer stand on our own Confessions, but on the confessions of others.

For all the “huff and puff” of the basic theological principles the Task Force presents on page 12 of their report, such as “Confessional subscription,” “unity of and in the church,” “the exercise of spiritual and doctrinal supervision,” and “theological guidance through ‘helpful interpretations and explanations,'” the actual theological understanding of these boilerplate phrases seems to be lost. To regain some of that understanding, we might look to Article V of the original Constitution of the LCMS, written in 1847:

In our zeal to gain souls over the past few decades, the LCMS has strayed so far from its confessional birthplace that we’ve forgotten the way home, and we’re willing to jettison uniformity without even a backward glance over our shoulder. We need to grab hold of our Confession with both hands, before we completely lose the last vestige of our birthright. Christian love, at times, willingly yields its freedom for the unity of the body of Christ. Both freedom and unity were bought with the blood of Christ. At this crossroads in our walk together, we must fight for uniformity, or we will ultimately lose both our unity and our freedom.