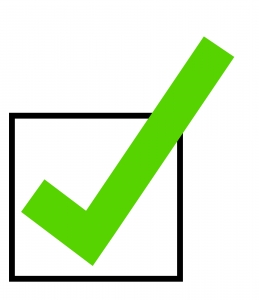 During the Reformation, the Roman Catholic Church defined and recognized the visible church by structure and polity. This made sense to the average churchgoer of the sixteenth-century. If an average churchgoer was asked in the sixteenth-century, “What is the church?” They would commonly reply, “Well, it is that structure, polity, and those Bishop rulers!” However, when Lutherans rejected the authority of bishops, the question was then raised, “Are Lutherans still to be considered a church?” To compound matters even more, the Lutherans rightly rejected many Catholic Rituals as being detrimental to the article of Justification. Thus again, the question was raised, “Are Lutherans still to be considered a church?” Indeed, this was a dilemma for if there is no Bishop and if there is an absence of familiar rituals, what is one to make of the Lutheran Church?

Things were made even more difficult by the accusations of Luther’s biggest opponent, Johann Eck. Johann Eck compiled 404 accusations against the Lutherans, grouping the Lutherans with every other protestant rogue and heretical group of the day; guilt by association, right?

Well, all of this provided a very difficult narrative for the Lutheran Church to overcome. Were they legit? Were they a church? Had they departed and violated their Romans Citizenship, had they violated the Theodosian Edict?

After establishing and laying forth the infallible marks of the church (i.e., Believers gathering around the Word and Sacraments), the Lutherans also had to contend with the issues of polity, structure, and rituals. How are people to understand the Lutheran Church’s dismissal of the bishop’s authority and the removal of certain rituals? To understand this, the Lutherans had to show that things such as bishops, rituals, and so forth can be understood as fallible marks; fallible marks that are established by man, not God. Keep in mind that the fallible marks of the church are not necessarily evil. Otherwise stated, man-made structure, rituals, and so forth are not automatically malicious in the church, that is if they lead to health, harmony, good order, and serve the Gospel. However, these fallible marks are evil and become detrimental to the church when they begin to burden consciences and when they begin to corrupt the clear message of the Gospel (See AC XV).

Thus, for the Lutheran Reformation the central issue was to put both the infallible marks and the fallible marks of the church within their proper contexts, as well as to dismiss fallible marks that were clearly opposed to and undermining the doctrine of Justification.

So, what does this mean for us here and now? It means that we don’t define the church by its mission statement, its mission strategy, its structure, its programs, the church building, or the celebrity-ness personality of the pastor for these are all fallible marks of the church. Rather, the church is defined as believers gathered around Word and Sacrament. Furthermore, it means that we are to constantly reject any man-made fallible marks that obstruct the clarity of the Gospel, as well as burden the consciences of believers. Does this mean that we cannot consider any man-made traditions in the church? No, it does not. What this means for us is that when we consider human traditions and things that are neither commanded nor forbidden in Scripture (i.e., adiaphora), we need to ask the following questions:

In summary what does this all mean? It means that the Lutheran Church has historically not intended to cast aside hundreds of years of practice in the church. In other words, Article XV of the Augsburg Confession does promote the keeping of church regulations that don’t burden consciences; however, it adamantly rejects rules and traditions instituted by man for the purpose of ‘appeasing God and/or earning grace.’ Therefore, Articles VII and XV of the Augsburg Confession attempt to remain faithful, historically catholic, and orderly, while preserving Article IV on Justification and rejecting that which threatens/undermines this chief article of Justification.